The FBI, the Federal Bureau of Investigation, was originally formed to combat organized crime, the gangsters of the 1920’s, the Mafia, and foreign spies during WWII and the cold war. Under clinton and obama it would be more appropriate to call it the Federal Bureau of Ambush and Murder since ambushing and murdering patriots is what they now do. They no longer investigate anything but instead have become the SS of the demokrat party, ambushing and killing people that stand up against the tyranny of the federal government. Waco, Texas was an assault on and murder of people who had done no harm nor posed any threat to anything but government tyranny. Clinton sent in heavily armed SS troops to Waco, Texas to murder nearly 100 people, mostly women and children, even using an armored vehicle, more precisely, an Abrams tank, to attack a shanty occupied by a Christian cult that posed no threat to anyone. Then he sicced his attack dogs on the Weaver family at Ruby Ridge, Idaho, murdering a child and a woman armed only with an infant, all to prove that the federal government answers not to God, the Constitution, or We the People, but only to a lust for absolute power and murder of citizens. Now we have seen the murder of Robert Lavoy Finicum in Burns, Oregon, likely on orders from fuhrer obama, because he helped organize a protest against the unlawful seizure of private property by the tyrannical bureaucrats of the Bureau of Land Management, a gang of thugs who also answer only to a lust for power.

murdering an unarmed man in an ambush then planting a stolen gun on him to try to make it look like he was attempting to defend himself. Where are the “black lives matter” morons with their cries of “hands up don’t shoot” when it is very clear that it is truly the case this time? There is a raft of witnesses this time but it isn’t a black thug laying dead so they don’t care. Shooting “whitey” in the back from ambush doesn’t seem to bother them near as much as a black punk being killed while attacking a police officer. Does anyone else see the hypocrisy here?

Dictator obama and his minions are determined to take total control of everything in this nation and will murder as many people as necessary to get what they want, which is a hitleresque dictatorship. Dictators like Stalin, Hitler, Mao, Fidel, and barrie the queen stop at nothing to get the ultimate power they desire and will murder anyone who stands against them. Hitler killed about 40 million people, Stalin killed in the neighborhood of 70 million and Mao killed who knows how many to achieve the power and control they lusted after and obama is willing to kill as many as it takes to achieve the same level of control those other despots had. There are something like 320 million American citizens, a great number of which will not bow to satan and are targets of the Gestapo of fuhrer obama. He has armed every federal bureaucracy to the teeth with full automatic weapons and trillions of rounds of ammunition, enough to shoot every

citizen about 10 or 20 times. Dictator obama is also bringing in hundreds of thousands of illegal aliens and moslems to help him gain and keep the ultimate power he desires while trying to disarm those of us who will oppose his march to full Hitlerhood. He knows the military won’t do his evil deeds for him so he is building his private SS army, using tax dollars against American citizens.

I recently wrote that obama should be deposed and hanged for treason. Anyone with a brain can see that congress is not going to do anything to stop obama. They have surrendered at every opportunity, talking tough for sound bites then giving obama everything he wants, every time, and giving We the People the finger. We gave the GOP the power they said they needed to stop him when we gave them the House in 2010 and the Senate in 2012 but all we have seen from them is their middle fingers while they bow and scrape to the most vicious enemy this nation has ever had, barak hussein obama, the moslem queen of satanism.

Dictator obama will not succeed in disarming us because all his executive orders are doing is stiffening the resistance to his despotism. Some people will bow to the threats and disarm but the vast majority of us would rather die fighting than die as sheep in a slaughterhouse. I have neither the financial resources nor the physical ability to join the patriots in Oregon but I wish I did because I would join them,

regardless the cost, as I know that sooner or later they will come for me because I will oppose the tyranny with every ounce of strength I can muster. I will not be like Martin Niemollar in Nazi Germany and lament not speaking up until it was too late. The day will come when God will complete the healing process in my body and I will be over the crippling effects of the severe stroke I suffered in August 2014. When that day comes I will stand for God and liberty even stronger. Right now I can only fight tyranny with the written word but I will do my utmost to win the battle despite the threats that come out of the bureaucracy. I regularly see and hear bureaucrats warn citizens against criticizing the obama regime, inferring retaliation. I have no fear of them because I know that one day Jesus will come back to fight and defeat the forces of darkness forever and I will be among His victorious army on that day.

And the Progressives Laughed 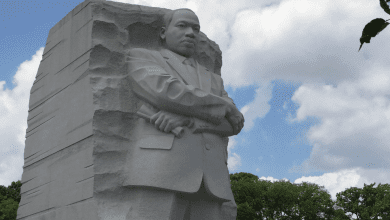 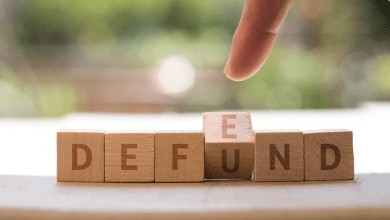