After ponying up a $100 fee for the ability to raise money for the nationwide Wounded Warrior Project, staff members of Liberty Baptist Church and Academy in Florida were stunned to receive an email declining their effort.

Claiming the group could not accept donations from the fundraiser described as “religious in nature,” the WWP passed up funding needed to provide outreach services as well as the chance for students in the school to feel the joy of helping out the organization.

The church’s pastor said everyone involved was “heartbroken,” noting fundraising organizers “had to tell our children and parents we can’t give to the Wounded Warrior Project.”

He said the incident has made them feel like “second-class citizens now because we are people of faith.”

The news came as such a shock the school secretary contacted the non-profit organization to make sure the original email was accurate. To the dismay of those hoping to donate, including about 460 students in the academy, a WWP representative upheld the group’s previous refusal to accept any proceeds.

According to the pastor, organizers expected to collect up to $50,000 for the group, noting he was forced to break the news to his congregation in “one of the saddest letters I have ever had to write.”
One sixth-grade teacher said her class was so anxious to give to the cause many had already forfeited their lunch money, adding one class had raised $400 before the fundraiser had even officially begun.
Sadly, we will never know how successful this effort would have been since, as the pastor explained in his letter to congregants and parents, “we … are being discriminated against.”

All money already donated was returned to the donors, he said, and the search continues for another veterans organization – hopefully one that would actually accept the generous donations of selfless students.
WWP refunded the church’s registration fee, effectively ending any relationship between the two entities, and parents say they are left with the unenviable task of explaining the situation to their children.
“We teach that our country was founded for religious freedom,” one parent said. “and then to find out that we couldn’t even support the Wounded Warriors because we are Christians – it was hard to explain to them.”

With so many charities already firmly in the leftist camp, it is extremely disappointing that a veterans services group would join them in derision toward faith-based donors.

Support Conservative Daily News with a small donation via Paypal or credit card that will go towards supporting the news and commentary you've come to appreciate.
Tags
Politics Wounded Warrior Project 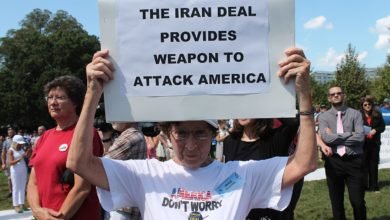