Joss Whedon is probably one of the biggest leftists in Hollywood, but he knows how to sell a good story. One of his best and enduring stories is the one contained in his short-lived fan favorite TV series Firefly and the follow-up movie Serenity.

The story of Firefly happens sometime in the future where space travel is possible. There was a civil war between an all-powerful tyrannical government and a minority class of interplanetary colonists known as the Brown coats. (Not to be mistaken with the brown shirts.) The browncoats lose and ever after are subjugated to whim of the all powerful state.

Nathan Fillion’s character Malcolm Reynolds was a sergeant in that war on the side of the browncoats. After the war he seeks his fortune as a sort of interstellar pirate, moving cargo from planet to planet for hire, a sort of space truck driver. He and his crew keep their heads above water barely outpacing the government that would shut them down. The act of transporting cargo without government sanction is forbidden as is stripping derelict space vessels for scrap. An infraction of intergalactic law could land Sergeant turned Captain Reynolds and his crew in jail and cost him his precious ship, the Serenity, a Firefly class star ship.

All of the themes in this gem of a cult classic turn towards a conservative futuristic world view. The beloved leftist utopia of the future enslaves people with its overbearing regulation and rules and common folk eek out their living with illegal black market capitalistic trading. It’s a marvelous story and a lesson for our times.

This exciting series only aired a dozen or so episodes before cancelation and I’m scratching my head as to why. Likely the lefty loon executives in Hollywood didn’t get the story and failed to understand how it would be popular with their audience. They were wrong of course and the series has sold many copies on DVD and Blu-Ray and resulted in a major motion picture. Loyal fans like me are still talking about it.

Unlike the progressive humanism of Star Trek and the pseudo paganism of Star Wars, the Firefly series stands apart. This is a story that conservatives and libertarian viewers could glom onto and enjoy, without being offended by leftist preachiness. The story is a realistic telling of what is possible if overbearing progressive governments take over, which is probably why modern day progressives killed it so fast.

Whedon is known for making some outlandish liberally wrong-headed comments and can upset his fan base when he speaks, but he is a talented story writer and director. Look at the amazing job he did on the recent box office smash, The Avengers. That movie had good old fashion conservative themes that many in the boring square flyover states enjoy and which the lefty loons just can’t stand. That is why it was so successful. It’s too bad the Hollywood progressives so often go against what works and try social engineering with projects their audiences just don’t like or relate too.

It’s probably too late to bring back my beloved Firefly, but the DVDs live in a place of honor on my shelf and the story dwells forever in my heart.
— 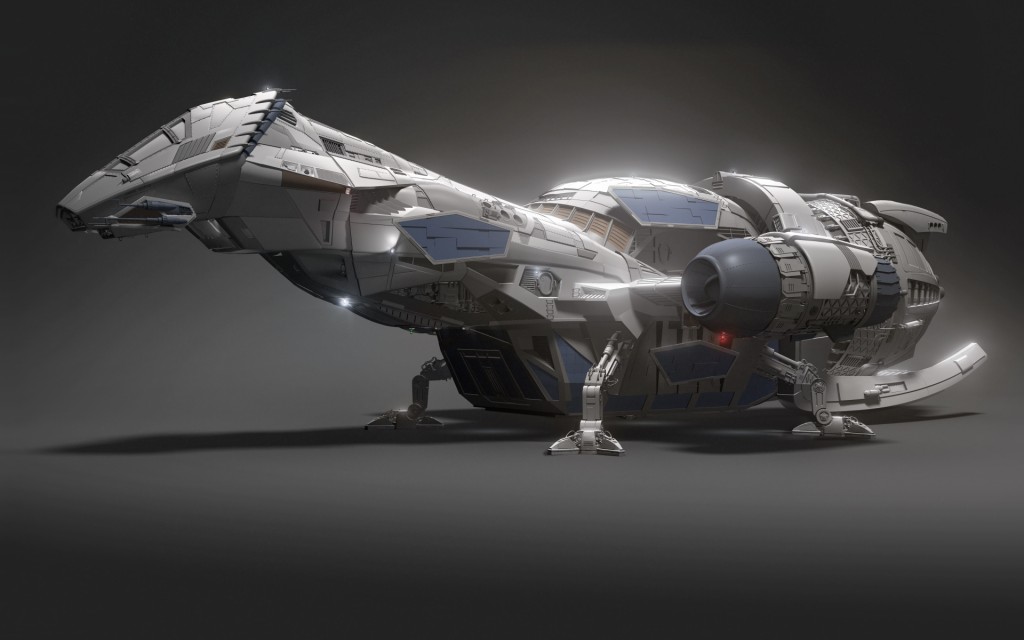 “Does it happen often, Captain Reynolds,”asks the young doctor Simon Tam. “The government commandeering your ship?”

“That’s what governments do,” replies Reynolds, taking another bite of his dinner. “They get in a man’s way!”
—
Simon Tam: “I’m trying to put this as gently as I can. How do I know you won’t just kill me in my sleep?”

Malcom Reynolds: “You don’t know me son, so I’ll explain this to you once. If I ever kill you, you’ll be facing me and you’ll be armed!”
—
Malcom Reynolds: “Do you see the man in the star ship with the big shiny gun? He’s looking to kill some folk!”
—
Crew of Firefly together: What does that make us? Big Damn Heroes!
—
Zoe Washburne: “Captain, I think you might have a problem with your brain being missing!”
—
“Someone always has an advantage over use,” says Reynolds. “That’s what makes us special.”
—
“I don’t want to alarm anyone,” says Serenity pilot Wash,” but I think we’re being followed.”

Do you have favorite lines from the Firefly series? Share them in your comments.

See also my article on the Humanism of Star Trek and later I’ll be discussing the psuedo-paganism of Star Wars, on AmericanMillenniumOnline.com