My epiphany regarding the liberal-arts education model came to me in one definitive moment when I was a senior at Regis University. It was during an evening lecture of The Morality & Psychology of War. My professors, one a doctor of philosophy who reminded me of Herbert from Family Guy and the other a whiny social worker who said “Umm” more than a teenage girl says “Like”, were discussing Machiavelli’s The Prince. Part-way through the lecture though, the social worker stood up and said:

“My apologies for interrupting, but sometimes I think it’s appropriate for a professor to profess. I would just like to say that I went down to Occupy Denver earlier this week and was truly inspired by what I witnessed…” In that nasally voice of his, the social worker dedicated well over a half-hour to the Occupy movements and how it made him feel so good inside to see citizens – young and old – standing up to a system that was “oppressive, prejudiced and generally unfair”. He spoke about how ridiculous it was that we, college students, would soon be buried in student loan debt so great that we’d have no chance at paying it off. He stated how wrong it was that we wouldn’t be able to find jobs in our respective fields of study – philosophy, psychology, sociology and communications. But most importantly, he discussed how utterly shattered the economy was and how protests like Occupy Wall Street were the only way to incite change in our country. “Look at what the people in Egypt did,” he said at one point. “YOU guys can do that too!”

My classmates, too naïve to have opinions of their own or too frightened to stand up for the opinions they did have, cheered as if our professor hit a walk-off homerun in Game 7 of the World Series. I, on the other hand, did the only thing sensibility allowed – grabbed my stuff and walked out of the classroom.

It was in this moment that I realized how deep in the belly of the liberal beast I truly was. I went to Regis to escape the radically liberal ideology of Columbia and the University of Colorado. Unbeknownst to me though, the ideology was being pumped into my system like carbon monoxide, quietly killing me and my fellow students.

You’re probably thinking that this is an isolated incident though, that the professed ideology varied just as the liberal-arts model said it should. I’m sad to say that the above anecdote is one of many though. During another course, Punishment & Corrections, I was fed a steady diet of the Prison-Industrial Complex, the theory that states that the United States prison system is nothing more than a way to exploit the imprisoned – mainly minorities – for their free labor. Or American Literature & Ecocriticism, a course dedicated to the promotion of environmentalism and alternative energy production. Not enough for you? By university standards, all students are required to take two courses in Religious Studies. No argument with this, after all it’s a Catholic institution. The problem is that nearly all of the courses offered to fulfill this core requirement engage non-Christian religions. In fact, most of the religions covered at this Catholic university are nontheistic ones. While there is a course dedicated entirely to the Islamic religion, there isn’t one for Judaism or Mormonism. The university is covered with crucifixes and religious figures; yet, the heart of its curriculum is as secular as any state school.

My alma mater, like the rest of the liberal-arts universities, has been hijacked by radical leftists and used as a blow horn from which they spew their dangerous rhetoric.

Coined by Martianus Capella in the 5th Century A.D., the liberal arts were seven areas that were essential for citizens to be professionally and civically productive members of society. The seven liberal arts were grammar, dialectic, rhetoric, arithmetic, geometry, music and astronomy. As time passed and disciplines evolved, the liberal arts came to encompass literacy, mathematics, philosophy, the arts, political & social sciences, and the natural sciences. Today, every liberal-arts curriculum includes all of the aforementioned disciplines to arm graduates with an intellectual foundation that enables them to consider all opinions before coming to conclusions on their own. Essentially, the liberal-arts model teaches us to think in a mature, unbiased manner.

How then have we reached the quandary we currently face? How was the liberal-arts model hijacked by radical liberals?

Every complicated problem has an equally complicated cause; however, certain events throughout the course of history contributed to the corruption of the liberal-arts model. The first of these, of course, is the Second World War.

The Second World War was perhaps the most atrocious and diabolic war in the history of mankind. Set on two separate stages, the war far exceeded imperialistic greed and aggressively broached the sanctuary of God-given liberties. Put simply, World War II was the first war of the modern era in which one ethno-racial group was so deliberately targeted for annihilation on the bigoted basis of hatred. Hitler and Nazi Germany’s goal was not just to acquire living space for Germans – Lebensraum – it was also to exterminate a race of people that was viewed as subhuman and undesirable. This historical event, more than any other before it, brought the issue of civil rights to the forefront.

Ten years later, the Civil Rights Movement began in the United States. For the next decade, the country was set ablaze with social unrest and revolution. African-Americans, inspired by the awareness of civil liberties that were so grossly violated during the Second World War, united to extend the phrase “All men are created equal” to include them. With the aid of monumental figures like Martin Luther King Jr. and Rosa Parks, oppressive Jim Crow Laws were abolished and all Americans, regardless of race, were considered equal.

Dovetailing the Civil Rights Movement was the Vietnam War and more importantly, Lyndon B. Johnson’s Great Society. If World War II was the spark for the corruption of the liberal-arts model, LBJ’s Great Society was the gasoline that fueled it. The Great Society introduced arguably the worst legislation in the history of the United States, a social welfare package even more debilitating than FDR’s New Deal. Like so many liberal policies, the Great Society had a marvelous and noble intention: help those who couldn’t help themselves. The problem though was that the Great Society did not just aid people caught in difficult circumstances, it made them wholly dependent on social welfare programs. To use the adage of “Give a man a fish, he eats for a day; teach a man to fish, he eats for life”, The Great Society not only gave that man a fish, The Great Society also cooked that fish for him, chewed it for him, and pushed it down his throat for him. The Great Society brought the word entitlement to the conservative vocabulary, and ever since the 1970’s, we’ve been battling this cultural sense of privilege and right.

Despite the tremendous efforts and policies of conservative leaders in the 80’s and 90’s, this sense of entitlement grew at fever pitch. Liberal educators preached about civil liberties and how life, liberty and happiness were our natural-born (NOT God-given) rights. All coherent American citizens can recognize the gross distortion of this teaching though –

“We hold these truths to be self-evident, that all men are created equal, that they are endowed by their Creator with certain unalienable rights, that among these are Life, Liberty and the pursuit of Happiness.”

-The Declaration of Independence-

Pursuit – a key to this affirmation’s meaning. Our founding fathers built this country on the basis of three unalienable rights: life, liberty, and the pursuit of happiness. Nowhere in that statement does it say that happiness is guaranteed, and yet, that is precisely what is being taught in our schools and universities. No wonder Generation Y has become the Entitlement Generation.

But even this doesn’t fully explain the hijacking of the liberal-arts education model. After all, the Civil Rights Movement wasn’t a bad thing – it was a terrific step for our country!

I recall another core class my liberal-arts education forced me to endure: Roots of Racism. The class might as well have been called White Guilt, for it was a cesspool of anti-America sentiment and rhetoric. In this class, we devoted an entire month – one-third of the semester – to Howard Zinn’s A People’s History of the United States. This text defiles the history of our nation by focusing solely on the mistreatment of minority groups, namely Native Americans and African-Americans. Our class discussions focused on how awful our founding fathers were and how much we should hate and feel guilty for how our country was conceived. You know the sad part of this – I was exposed to it so much that I started believing it! It was Joseph Goebbels who said, “If you tell a lie big enough and keep repeating it, people will eventually come to believe it.”

This statement by one of the most diabolic figures in the planet’s history summarizes the state of the liberal-arts model wonderfully. The liberal-arts model – the model that history’s greatest minds created to mold citizens into educated and productive members of society – is now being used as a propaganda machine for radically liberal ideology. The curriculum, rather than focusing on exposure to numerous beliefs, now focuses on the liberal ideologies of entitlement, anti-Americanism, and anti-capitalism. Social science classes now only teach Marxist beliefs and political science classes now only teach liberal policies that are not only impractical but also corrosive to the integrity of our country’s values. Worst of all, though, is the hijacked liberal-arts model snuffs out any opposing beliefs and ideologies; it suppresses the freedom to express one’s opinion openly and without the fear of scorn.

They can call it what they’d like, but the fact of the matter is that the liberal-arts education model is nothing more than a propaganda machine that deliberately suppresses the truth. The Nazi’s of Germany did this, Communist Russia did this, and now, the United States of America is doing this.

Support Conservative Daily News with a small donation via Paypal or credit card that will go towards supporting the news and commentary you've come to appreciate.
Tags
A Broken System Education entitlement Higher Education 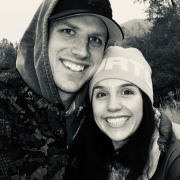