The Latest News about women’s march 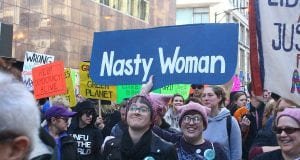 Left-wing activist group Women’s March on Saturday launched a petition demanding Twitter and Facebook ban President Donald Trump from their platforms. The petition accuses Trump of “inciting violence” against Democratic Minnesota Rep. Ilhan Omar by tweeting a video that spliced a comment she made about the Sept. 11, 2001 terrorist attacks with footage from the attacks. Trump did not share ...

END_OF_DOCUMENT_TOKEN_TO_BE_REPLACED 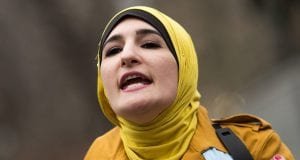 Left-wing activist group Women’s March on Tuesday used last Friday’s terrorist attack on a New Zealand mosque that killed 50 people to solicit donations from supporters. Women’s March sent out a fundraising email from co-chair Linda Sarsour, who asked supporters to “give the gift of justice” by donating to the activist organization she leads. Sarsour’s email noted that Tuesday was ...

END_OF_DOCUMENT_TOKEN_TO_BE_REPLACED

Democratic Rep. Debbie Wasserman Schultz of Florida condemned leaders of the Women’s March Friday for failing to “repudiate anti-Semitism and all forms of bigotry.” Wasserman Schultz, who is Jewish, joins a growing list of left-wing personalities and groups distancing themselves from the organization run by co-presidents Tamika Mallory and Bob Bland and board members Carmen Perez, Linda Sarsour and Breanne ...

END_OF_DOCUMENT_TOKEN_TO_BE_REPLACED

A planned demonstration in New Orleans has been canceled by the Louisiana Chapter of the liberal organization Women’s March, citing recent accusations of anti-Semitism by the group’s founders. The protest, initially planned for Jan. 19, is the latest casualty following shocking reporting that some of the most senior members of Women’s March discussed conspiracy theories about Jews and had close ...

END_OF_DOCUMENT_TOKEN_TO_BE_REPLACED

Women’s March, Other Left-Wing Groups Violated IRS Rules. Their Nonprofit Status Could Be In Jeopardy

DCNF September 20, 2018 Comments Off on Women’s March, Other Left-Wing Groups Violated IRS Rules. Their Nonprofit Status Could Be In Jeopardy

Left-wing nonprofit groups that orchestrated disruptions during Brett Kavanaugh’s Supreme Court confirmation hearings likely violated IRS rules, which can result in their loss of tax-exempt status, according to an investigation by The Daily Caller News Foundation.

END_OF_DOCUMENT_TOKEN_TO_BE_REPLACED 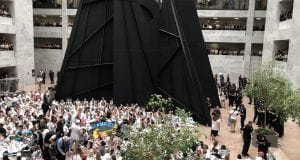 by Robert Donachie Hundreds of women are being arrested in the Hart Senate office building in Washington, D.C., on Thursday, The Daily Caller News Foundation has confirmed. Female activists descended upon the Senate office building to protest the Trump administration’s family separation policy and the Immigration and Customs Enforcement (ICE) agency. 630 women in foil blankets are being arrested ...