The Latest News about Welfare reform 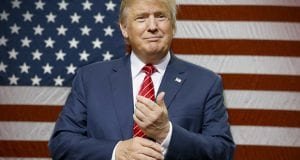 END_OF_DOCUMENT_TOKEN_TO_BE_REPLACED

Can Republicans Tackle Welfare Reform In 2018? 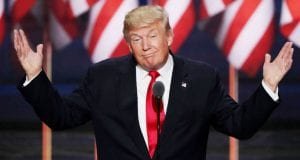 by Robert Donachie President Donald Trump and Republican leadership spent the weekend at Camp David setting the 2018 legislative agenda, and welfare reform, a topic so sensitive it is considered the “third-rail” of American politics, looks like it could become a priority in 2018. Speaker of the House Paul Ryan, Senate Majority Leader Mitch McConnell and other top Republicans accompanied ...

END_OF_DOCUMENT_TOKEN_TO_BE_REPLACED

R. Mitchell November 20, 2017 Comments Off on Trump to tackle welfare reform, infrastructure next 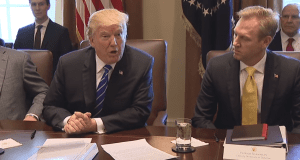 President Donald Trump announced Monday that his administration would work on welfare once tax reform was completed. “We’ll be working on healthcare, infrastructure, and welfare reform,” Trump told reporters at a cabinet meeting. “We’re looking very strongly at welfare reform, and that will all take place right after taxes — very soon, very shortly after taxes.” “So we’ll be submitting ...

END_OF_DOCUMENT_TOKEN_TO_BE_REPLACED

Last Thursday, the Obama Administration issued a memo that stated that it would issue waivers to states on work requirements for participation in the Temporary Assistance for Needy Families act (TANF). President Clinton signed “Welfare Reform” into law in 1996 as part of one of the most bi-partisan actions in recent government history. The reform replaced Aid to Families with ...

END_OF_DOCUMENT_TOKEN_TO_BE_REPLACED

The “Personal Energy Subsidy” No One Talks About

DJ Redman February 24, 2012 Comments Off on The “Personal Energy Subsidy” No One Talks About

Members of Congress have recently been embroiled in a battle to stop what many have termed "Big Oil Company Subsidies." These government-sponsored subsidies come in many forms, such as corporate tax breaks and common expense tax write-offs for depletion allowances for equipment costs.

END_OF_DOCUMENT_TOKEN_TO_BE_REPLACED

R. Mitchell December 2, 2011 Comments Off on Newt Gingrich's "Growth" Plan: It's About Welfare

I think it’s about time we take a good look at Newt Gingrich’s plan to reform welfare entitlements through “promoting growth and innovation”, detailed in this 48-page white paper. First and foremost: Gingrich (or his writers) use very idyllic language which sounds very plausible. It’s the same sort of language Gingrich employs in debates with great success. I ask the ...

END_OF_DOCUMENT_TOKEN_TO_BE_REPLACED

In Part One, I’ll cover the dangers of taxing consumption as a major source of government revenue, both to the individual and to the economy. Part Two will cover the little-known problems in the FairTax proposal- the “fine print” FairTax advocates won’t tell you about (or don’t know themselves); I’ll also refute some of the inconsistencies and rhetoric used by FairTax advocates. ...

END_OF_DOCUMENT_TOKEN_TO_BE_REPLACED

Lets Give the Liberals the Tax Hikes They Demand: Thanksgiving Edition

R. Mitchell November 24, 2011 Comments Off on Lets Give the Liberals the Tax Hikes They Demand: Thanksgiving Edition

As the sweet aroma of Mom’s pumpkin pie fills the home this Thanksgiving morning, and with the turkey all set to go into the oven, I decided to take the time out to give thanks to Rich Mitchell and the CDN staff for giving me the platform to share my conservative news and opinion articles today. The following is my ...