The Latest News about the Super Bowl 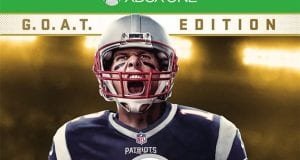 Five-time Super Bowl winner and future NFL Hall of Famer Tom Brady will adorn the cover of the enormously popular Madden video game franchise this year. EA Sports which has produced the game since 1998 when the famous former Oakland Raiders coach and broadcasting legend John Madden agreed to have it marketed under his name, announced that Brady would be ...

END_OF_DOCUMENT_TOKEN_TO_BE_REPLACED

R. Mitchell February 5, 2017 Comments Off on Lady Gaga Should be Nominated for Entertainer of the Year – for entertaining… 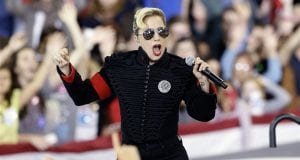 Hollywood types have overwhelmed Americans with their political rants, but Lady Gaga resisted the trend and delivered an awe-inspiring performance during Sunday’s Superbowl halftime performance. I’d love to have included a video of her performance, but the NFL won’t let even that be broadcast – “profit-hungry” sounds appropriate. There was no political speech, no plea for whatever social justice warrior, ...

END_OF_DOCUMENT_TOKEN_TO_BE_REPLACED 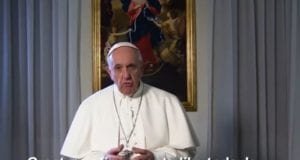 In a first for the Vatican, Pope Francis has delivered a video message that will be shown to fans during Sunday’s Super Bowl game between the New England Patriots and Atlanta Falcons. While football fans will see the message sometime before the end of the first quarter, you can watch it now.

END_OF_DOCUMENT_TOKEN_TO_BE_REPLACED

Today’s big showdown between the New England Patriots and the Atlanta Falcons will cap off a wildly controversial and underwhelming NFL season. Whichever team emerges from the clash of offensive titans at Houston’s NRG Stadium to hoist the Vince Lombardi Trophy, it is likely that America will come out of the game having been more divided by the left’s ongoing ...

END_OF_DOCUMENT_TOKEN_TO_BE_REPLACED

Love Superbowl Ads but Don’t Want to Wait? We’ve got some previews… [video]

Duncan Idaho February 3, 2016 Comments Off on Love Superbowl Ads but Don’t Want to Wait? We’ve got some previews… [video] 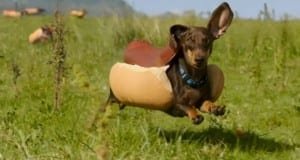 This Sunday, the Broncos and Panthers will face off .. and if you don’t know or care what that means, but love funny, cute and/or overly-expensive commercials – we got yur back! Heinz puts the dog in weiner dog: Even Drake can get sidelined by lawyers .. even while recording a 3 second ringtone: When ya’ just really need some ...

END_OF_DOCUMENT_TOKEN_TO_BE_REPLACED 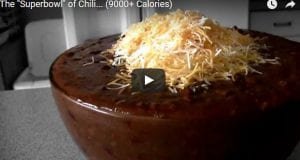 Anyone watching the big game knows what it’s like to eat a bit too much and who doesn’t like chili? Well, Matt Stonie has decided that a single-serving of chili needs to be re-defined just for Superbowl 50 and he’s going to try and down one gallon of chili in 10 minutes.

END_OF_DOCUMENT_TOKEN_TO_BE_REPLACED

Kira Davis February 5, 2012 Comments Off on Tonight on the Dark Side with Kira Davis

2/5/2012 Tonight on the Dark Side with Kira Davis – Breasts, wombs, choices and life…we’ll talk about this past week’s insanity involving Planned Parenthood, the Komen foundation and the Obama regime forcing Catholics to violate their religion.  Also, the uplifting story of a teacher who molested his students and gets rewarded with a big fat pension for the rest of ...

END_OF_DOCUMENT_TOKEN_TO_BE_REPLACED

Superbowl XLV was expected to be  a battle royal between two blue collar teams known for smashmouth football and gritty play , and it certainly delivered on Sunday. The Packers came out swinging, with MVP QB Aaron Rodgers throwing laser-like darts and the defense scoring early as the Packers looked like they were going to blow out the Steelers, in building ...