The Latest News about NPR 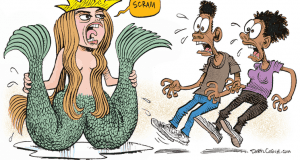 Until quite recently government and Starbucks were the only two large organizations catering to the dysfunctional at the expense of its rule–following. Government presides over the transition of public sidewalks into outdoor toilets, with used syringes adding a splash of color. While Starbucks is bringing the sidewalk inside and opening its bathrooms to one and all, regardless of whether or ...

END_OF_DOCUMENT_TOKEN_TO_BE_REPLACED 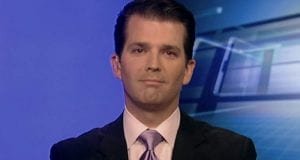 NPR published a report Friday asserting that Donald Trump Jr.’s testimony to the Senate about efforts to build a Trump Tower in Moscow were inconsistent with Michael Cohen’s claims about the same project in his plea deal Thursday.

END_OF_DOCUMENT_TOKEN_TO_BE_REPLACED 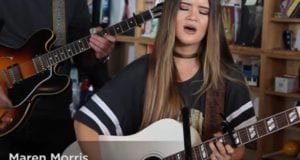 NPR’s small stage suits Maren Morris. Her soulful, irreverent pop-country style shines in a stripped-down setting. Between songs, Morris kept up a friendly banter with the audience on the other side of the desk — even shouting out Tiny Desk alumnus Anderson .Paak, who’d also been part of a memorable performance at the Grammys. By the time she got to ...

END_OF_DOCUMENT_TOKEN_TO_BE_REPLACED

NPR Fact-checking Themselves to Prove They Are Not Biased

Liz Harrison (twitter: @GoldwaterGal) October 29, 2012 Comments Off on NPR Fact-checking Themselves to Prove They Are Not Biased

NPR, after the Big Bird thing, might have thought it would be a good idea to attempt to appear unbiased. Of course, the concept of bias-free journalism in America today is akin to the dinosaurs – as in extinct. But, Edward Schumacher-Matos decided to take a stab at it by fact-checking the NPR fact-checkers. Yes, that does smack of Monty ...

END_OF_DOCUMENT_TOKEN_TO_BE_REPLACED

The host of NPR’s Tell Me No More – Michael Martin – interviewed Sybrina Fulton (mother of victim Trayvon Martin) on April 26. In the extensive interview, Ms.Fulton said she “can wait a year for justice” and that she feels the case is “moving in the right direction”.  Click here to read more of the NPR interview with Sybrina Fulton. Zimmerman has been ...

END_OF_DOCUMENT_TOKEN_TO_BE_REPLACED

More D.A.M. Lies and Media Manipulation of the Masses

DJ Redman June 16, 2011 Comments Off on More D.A.M. Lies and Media Manipulation of the Masses

After watching the true American Republican Patriots at the GOP Presidential debate in New Hampshire on Monday, the leftists were left scrambling for ways to bring out the Democratic Attack Machine and denounce them, as has been their repeated method of operation for decades. Once again the liberal media was leading the way, with nasty tidbits from the Soros paid propaganda puppets at various copy ...

END_OF_DOCUMENT_TOKEN_TO_BE_REPLACED

What’s So Scary About NPR? Nothing!

Joe Conason, a full-on liberal journalist and writer asked the question, “What’s So Scary About NPR?”. There doesn’t seem to be any relevance to the play “Who’s Afraid of Virginia Woolf” other than possibly the first act where Goerge tells a story of a college buddy that “accidentally” killed his own mother and father. Here, Joe is possibly putting the ...

END_OF_DOCUMENT_TOKEN_TO_BE_REPLACED

The FCC is quietly planning an all out assault on free speech and Conservative/Patriot talk radio in America. In a report from DickMorris.com, Mr. Morris outlines how the FCC, with the blockage of the Fairness Doctrine by Congress, will once again do an end around Congress and try to silence free speech through regulatory gimmickry. Mr. Morris makes 3 very valid ...

END_OF_DOCUMENT_TOKEN_TO_BE_REPLACED

During President Obama’s election bid, the fairness doctrine garnered some of the spotlight.  Conservatives warned that the doctrine would censor the media and filter it of any messages the administration did not agree with.  The liberals.. well, that’s what they were hoping would happen. Liberal media is facing the end of an era.  The three-network liberal oligopoly that owned nightly news ...