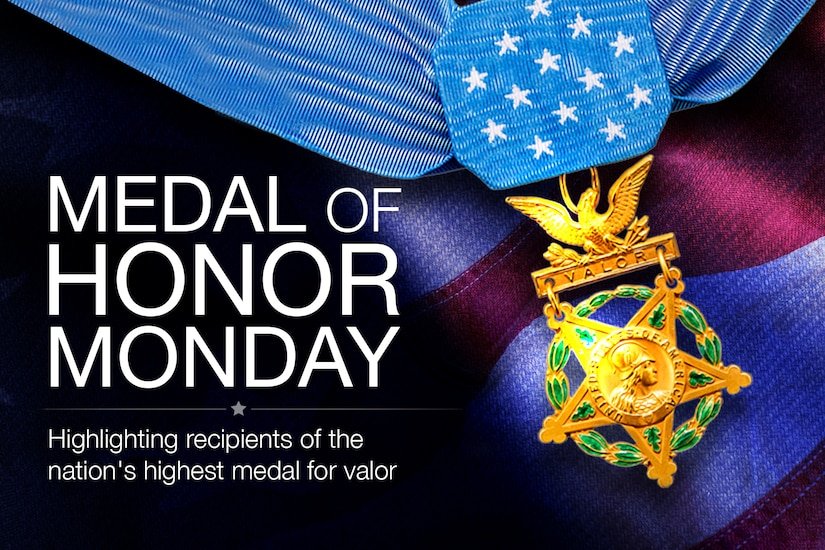 More than 1,100 sailors died on the USS Arizona when the Japanese attacked Pearl Harbor on Dec. 7, 1941. Those who survived the chaos did their best to help others before the explosion-ravaged battleship sank. Navy Rear Adm. Samuel Glenn Fuqua was one of those men. For his bravery and leadership that day, he earned the Medal of Honor.

Fuqua was born Oct. 15, 1899, in Laddonia, Missouri, to parents Lulu Belle and Samuel. He was the youngest of four siblings.

After graduating from high school, Fuqua spent a year at the University of Missouri, where he joined the Army’s ROTC program. He served for a brief time as a soldier during World War I before earning an appointment to the Naval Academy in July 1919.

Fuqua commissioned into the Navy in June of 1923. Two weeks later, he married his childhood sweetheart, Edna Hammett, according to an Atlanta Constitution newspaper article.

Fuqua’s first assignment was on the USS Arizona. For more than a decade after that, he served on various other ships and at shore stations before becoming the commanding officer of the minesweeper USS Bittern. After a stint at Naval Training Station in Great Lakes, Illinois, he returned to the Arizona in February 1941 as the battleship’s damage control officer and first lieutenant. He was on the doomed ship as it was moored in Pearl Harbor’s Battleship Row on Dec. 7, 1941, when the U.S. was thrust into World War II.

That morning, then-Lt. Cmdr. Fuqua was eating breakfast when the ship’s air raid alarm sounded. Fuqua calmly ordered for general quarters to be sounded, according to a statement he gave after the attack.

Through a porthole on the side of the ship, Fuqua saw a Japanese airplane fly by, so he ran to the ship’s quarterdeck. Immediately, he was knocked unconscious by a massive explosion that rocked the area. The bomb penetrated several decks and ignited a huge fire.

When Fuqua came to, he quickly started directing sailors to fight the fire and rescue those who were wounded. According to a National WWII Museum accounting of the attack, Fuqua’s sailors used handheld carbon dioxide extinguishers because there was no pressure in the fire hoses. The extinguishers were no match for the growing inferno on the ship, but they knocked down the flames enough to allow some men to escape.

Soon after that, a torpedo struck the ship, causing a massive explosion that made the ship appear to rise out of the water and shudder before it settled back down. The whole forward part of the ship was enveloped in flames, which were spreading rapidly. Wounded men were pouring out of the ship onto the quarterdeck, where Fuqua was.

“I saw men on fire burning to death, and they fought the fire until they fell dead at their battle stations. When we picked them up, flesh fell from their hands,” Fuqua later recalled.

As the enemy kept bombing and strafing the Arizona and other nearby ships, Fuqua continued to direct other sailors to fight the flames so they could get as many wounded men off the ship as possible. According to his Medal of Honor citation, he “supervised the rescue of these men in such an amazingly calm and cool manner and with such excellent judgment that it inspired everyone who saw him” to carry on despite the pandemonium.

Eventually, Fuqua realized the ship couldn’t be saved. As he was now the senior surviving officer on board — Capt. Franklin Van Valkenburgh and Rear Adm. Isaac C. Kidd had both died — he ordered the Arizona’s remaining sailors to abandon ship. Fuqua stayed on the quarterdeck and directed the exodus until he was satisfied that all the men who could have been saved were off the ship. Only then did he leave the Arizona on its last boatload of survivors.

Even though 1,177 of the ship’s crew were killed — almost half of the total deaths from that day — Fuqua’s calm demeanor and outstanding leadership undoubtedly helped save many lives. The Arizona burned for more than two days. During attempts to salvage it, Fuqua continued to help with its rescue and recovery efforts.

Fuqua received the Medal of Honor on March 19, 1942, from Adm. Royal E. Intersoll during a ceremony at the U.S. Naval Training Station in Newport, Rhode Island. Fourteen other sailors received the medal for their actions at Pearl Harbor. Ten of those honors were handed out posthumously, including to the Arizona’s Van Valkenburgh and Kidd.

Fuqua spent most of 1942 as an officer on the cruiser USS Tuscaloosa before serving at Guantanamo Bay, Cuba, and then attending the Naval War College. Toward the end of the war, the then-captain helped to plan and execute several amphibious operations in the Philippines and on the island of Borneo.

After the war, Fuqua served in various staff positions. He commanded the destroyer tender USS Dixie from 1949-1950 before serving as chief of staff of the Eighth Naval District. When Fuqua retired from active-duty service in July 1953, he was given the rank of rear admiral due to his many combat awards.

Fuqua returned to civilian life as a student. He went to Stanford University, where he received a master’s degree in political science in 1957, according to the Atlanta Constitution. He went on to teach mathematics at Fort Union Military Academy in Virginia, then civics at St. Petersburg Junior College in Florida. In 1970, he and his wife moved to the Atlanta area to be closer to their daughter, Pat.

Fuqua suffered several strokes in 1985, so he moved into a nursing care unit at the Atlanta VA Medical Center in Decatur, Georgia. He was still living there when he died on Jan. 27, 1987.

The USS Arizona still rests on the bottom of Pearl Harbor. Its memorial, which opened in 1962, was erected over the ship’s sunken hull and serves as a reminder of the lives lost on that fateful day. The ship itself was designated a national cemetery. One of its barbettes, which held a gun turret, can still be seen above the water.

Support Conservative Daily News with a small donation via Paypal or credit card that will go towards supporting the news and commentary you've come to appreciate.
Katie LangeDecember 5, 2022
Facebook Twitter Reddit Telegram Share via Email Print

‘The Peace President’: Trump’s 2024 Plan Is To Run Against The War In Ukraine