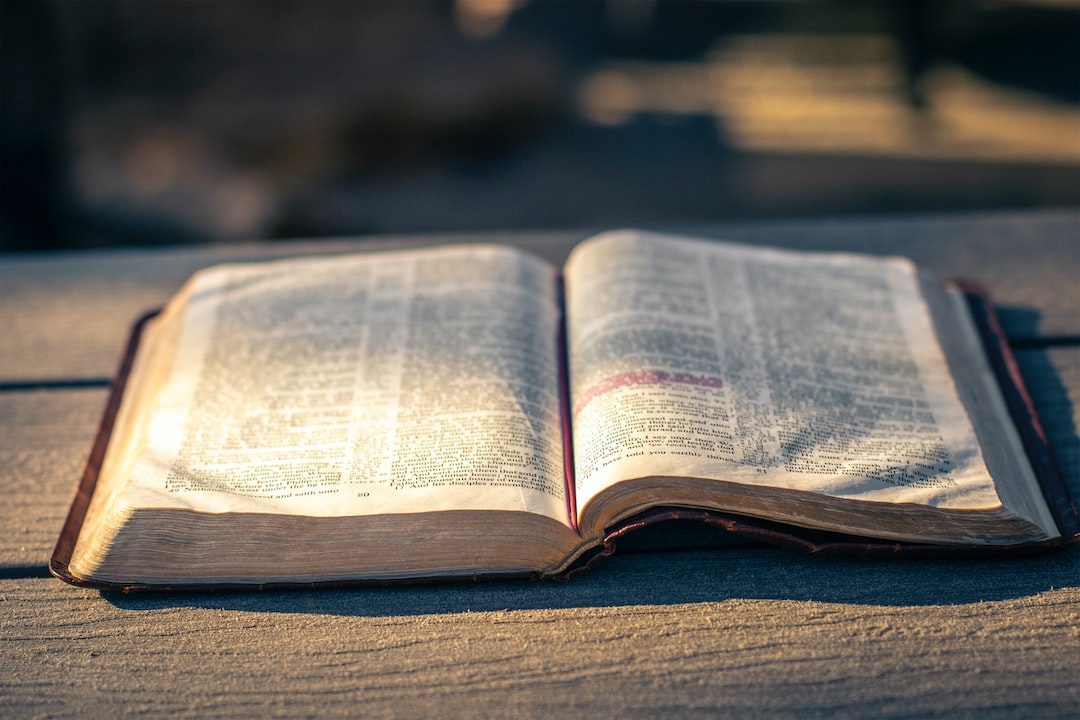 In this week’s post, I am honored to provide a book review of Deceived No More: How to Find Absolute Truth in a World of Lies.

The author, Jim McCraigh, is a speaker, retired church elder, church planter, husband, and father. He has been the Executive Director of Salt River Ministries, Inc.; former President of the Board of Directors of Care Net Pregnancy Resource Center of Santa Fe, New Mexico; and a trained Crown Christian Financial Counselor.

Furthermore, McCraigh is the co-author of the best-selling book The Power of Brokenness—The Language of Healing. In addition, he has led hundreds of small groups and Bible studies over the last 25 years, and believes that truth and wisdom arise from God, and God alone. McCraigh also runs The American Faith & Freedom Blog, which addresses and provides a solution to many societal challenges.

Suppose you’re keen to cut through all the noise buzzing through mainstream media and educational institutions. Suppose you want to develop the ability to discern truth from half-truths, distorted facts and downright lies. In that case, you’ll want to snap up this book.

From the “Planned Parenthood” scheme to the misleading labeled ingredients on packaged food. From the myth of “Critical Race Theory” to soul-crushing messages propagated through the music industry.

McCraigh’s writing in Deceived No More is as easy to read as drinking a favorite latte on a crisp winter’s day or gulping down a cold beer on a scorching summer’s day. The author’s tone is both friendly and firm.

The reader is taken on a journey through a history of narratives, which the author argues and justifies have been forged in deceit—from the proposed species Piltdown Man through to Charles Ponzi’s money scheme.

Deceived No More explores four classic propaganda methods used to deceive the masses over particular issues—from Rudy Kurniawan’s counterfeit wine through to Hunter Biden’s investigation—including creating doubt and developing trust, and in many cases convincing the targeted public to take action that ultimately serves the end goal of that deception.

The book dives into the flow of carefully crafted “information” across institutionalized systems such as academia, social media and Hollywood. It explores, against a backdrop of scientific literature over the past five decades, ten different mainstream narratives ranging from “climate change” to the “Corona virus.” The author distinguishes taking care of our environment from a fear-driven “end of the world” media storyline, and inquisitively examines the Centers for Disease Control’s response to reported infection outbreaks and data on reported cases and deaths worldwide.

McCraigh provides an explanation of why people can be deceived, including the “rejection of the Judeo-Christian concept of truth” and endless narratives that have been used to “dumb people down so they can be more easily deceived and manipulated.” Every argument is justified by weaving multiple case studies of the 20th and 21st centuries. As a great writer—and a great teacher—McCraigh reasons that “belief in absolute truth has come to be seen by many as the ultimate sin of intolerance.” Such a firmly-held position is clarified through the lens of the author’s Christian faith coupled with research-derived statistics around three institutions: the family, government and church.

Deceived No More boldly confronts what the author justifies are “false teachers who are luring people to their brands of counterfeit Christianity” and shun “the truths of the Bible, the need for repentance, and turning away from sin.”

McCraigh asserts that there are “five deceptive ‘church’ movements,” three of which are reportedly disguised as Christianity, one that never was Christian, and one that “has dropped all pretenses and is openly hostile to the Gospel.” These include:

McCraigh openly writes about his Catholic family, upbringing and schooling, and how he avoided “anything and everything to do with church and God” after high school before revisiting Catholic teachings as an adult.

Various aspects of the Roman Catholic doctrine are criticised, such as praying to the Virgin Mary (the Mother of Jesus Christ) instead of praying solely to God the Father in the name of the Son Christ. Although the Roman Catholic Church affirms the Trinity, the deity of Christ, and His crucifixion and resurrection, the author argues that Catholic theology teaches that salvation is gained not only by faith but by “doing good works.”

I, myself, received a Catholic education and continue to respect the Roman Catholic Church. But, yes, certain customs and traditions in the Catholic doctrine are not found in the Bible. Indeed, the position of the Pope as supreme head of the Church is not Biblical, and many Catholics derive their belief in purgatory from Deuterocanonical scripture.

The author’s criticism of the Roman Catholic Church is reminiscent of some friends and family who also attended Catholic school, and raised similar points. My response would be that Christianity’s biggest denomination, particularly in the West, still remains Catholicism. Many Catholics, like fellow Christians, study the Bible as the inspired Word of God, through which they derive moral guidance. Moreover, those who practice their Christian faith remain a collective source of resistance against the Marxist leftist ideology that is hell-bent on annihilating respect for the nuclear family, stripping certain unalienable God-given rights, and creating a system of militant servitude to government.

The desire to gain power. And even more, the desire to control populations by actively depriving society of a culture of discernment. And to achieve such an authoritarian goal, McCraigh emphasizes the usage of the “narrative, myth, or story that describes an event, a situation, or an issue” and how the “best narratives have an emotional appeal rather than fact-based.” The author highlights that:

These days, we are constantly being assaulted by false narratives… Climate Change, COVID, and Critical Race Theory, among others… all designed to control people using fear and guilt. The end game of these narratives is an eventual one-world government and one-world religion combined.

Among those other false narratives is the “lie of Critical Theory.” McCraigh traces the origins of this social theory, which now “forms the foundations of assorted byproducts such as queer theory and critical race theory.” The author insightfully explains the objective of the latter theory, in keeping an individual locked in a state of “first-person victimhood that are nearly impossible to refute.”

Indeed, McCraigh points out a sobering truth that continues to plague the minds of many Americans, particularly the youth: “Critical Race Theory is transparently racist. It demonizes Whites as irredeemably racist and seeks to create racial tribalism within America.”

The aim, in my opinion, is to aggravate further tribalism among naturally occurring communities, and exacerbate differences and tensions that have existed since the American founding. As a young republic with a clear Christian theological underpinning, any movement based on a social theory that induces or intensifies resentment and discourages forgiveness towards another “group” is detrimental to the United States.

Deceived No More addresses the underlying problem with a social theory that whips up bitterness and a sense of victimhood among some as “oppressed” and a sense of guilt or defensiveness among others as the “oppressor.” The author scrutinizes Black Lives Matter as “a deceptive, aggressive political movement based on Critical Theory. It has more to do with the destruction of American ideals, the family, and traditional morality than it does about racial justice for anyone.”

The Bible does not contain any reference to race. It refers instead to nations, tribes, tongues, and peoples…Eve is called the “mother of all the living” (Genesis 3:20), and all (all means ALL) are created in the image of God (Genesis 1:26– 27). God does not respect persons according to their outward status or condition, and neither should Black Lives Matter.

McCraigh proposes a strategy for developing discernment through the lenses of the Bible, understanding that “absolute truth does exist” and developing critical thinking through “the sober analysis of facts to form sound judgments.”

More specifically, the author lays out a framework for developing critical thinking skills, such as learning to separate fact from opinion, fishing out omitted information (e.g., from a mainstream narrative around an ‘hot’ issue) and following the money trail of a source of information (e.g., surveys and publications).

Deceived No More delves into numerous real-world events that have led many individuals—often with high educational aspirations—to believe and immerse themselves into a narrative based on distorted facts.

An example includes a medical student from Harvard University who became fixated on the myth of “Critical Race Theory” after learning about an unjust “murder” involving a drug-smuggling ring in the news. McCraigh provides a solution for how such individuals might have spared themselves from accepting beliefs that further exasperate a despondent mentality of victimhood status based on feeling “oppressed” by an “oppressor.” More specifically:

Some may be blessed with the natural aptitude to discern someone’s dishonest words from their sales pitch. They might even quickly extract the transparent truth from distorted or misleading statements from a flow of information—often based on facts and statistics—that is meant to influence public opinion around an issue. But most of us, probably, need to develop such skills.

Deceived No More is a well-structured and easy-to-read book that gradually takes the reader on a journey, exploring the foundation of historical deceptions, the structure of deceptive methods and how to develop the skills to discern truth from falsehood.

Inspired by his Christian faith, McCraigh breakdowns corruption in culture and politics, and offers transparency and guidance for improving our intellectual, moral and spiritual wellbeing.

You may or may not agree with all of McCraigh’s statements, and the brilliance of his writing provides guidance to develop discernment and critical thinking skills—the tools to independently analyze a situation often cloaked with intentionally misleading ‘facts.’

My final thoughts? Deceived No More is a must-read for truth seekers ready to uncover a vast array of historical deceptions while finding clarity; it is backed by in-depth research from science and history with supporting references and guided by the timeless, inspired Word of God.