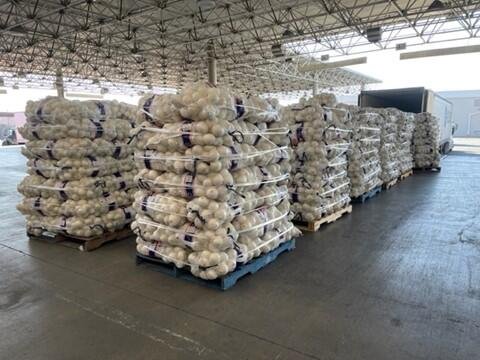 At approximately 1 p.m. on February 20, CBP officers encountered a 46-year-old driver of a tractor trailer with a shipment manifested as onions.  During the inspection, a CBP officer referred the driver along with the conveyance for a more intensive examination. 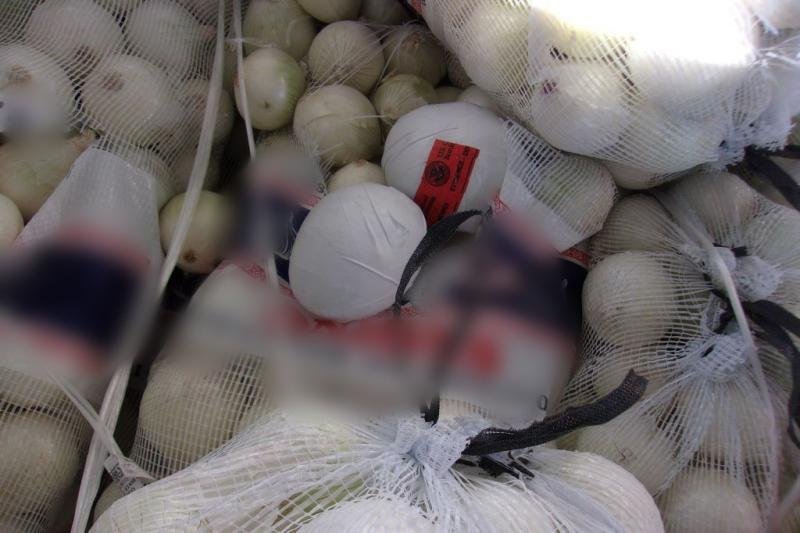 During the exam, a CBP canine team screened the truck and trailer and the detector dog alerted to the shipment.  CBP officers searched the shipment and discovered 1,197 packages of methamphetamine mixed with the onions in sacks.  The packages of methamphetamine were shaped into small globes with a white covering, designed to blend into the onions they were hidden with.

CBP officers extracted approximately 1,336 pounds of methamphetamine worth an estimated street value of about $2.9 million. 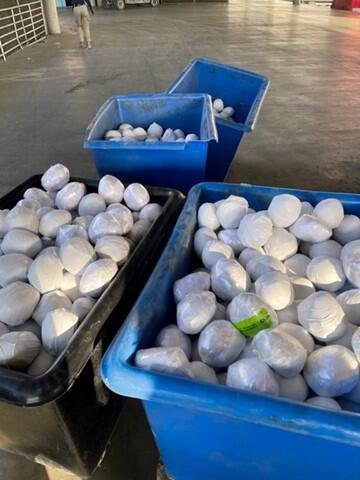 “This was not only a clever attempt to try and smuggle in narcotics, one I haven’t seen before, but also time consuming to wrap narcotics into these small packages, designed to look like onions,” said Sidney Aki, CBP Director of Field Operations in San Diego. “These efforts show how effective our officers are, and as a response, the lengths drug trafficking organizations are willing to go to as they try to smuggle narcotics into the U.S.  While we have certainly seen narcotics in produce before, it’s unusual for us to see this level of detail in the concealment.”

The driver was arrested for the alleged narcotic smuggling attempt.  CBP officers turned the driver, a Mexican citizen, over to the custody of U.S. Immigration and Customs Enforcement (ICE), Homeland Security Investigations (HIS) for further disposition.

Support Conservative Daily News with a small donation via Paypal or credit card that will go towards supporting the news and commentary you've come to appreciate.
Tags
border crisis narcotics