A man driving a BMW reportedly drove through a police protest in Greenwich Village, New York, on Wednesday night, injuring one protester and an officer, the New York Post reported.

About 25 people gathered to call for the firing of a sergeant who works in the New York City Police Department’s (NYPD) command, according to the NYP. The BMW driver honked at protesters who were blocking the road at about 10:30 p.m.

The protesters crowded around the vehicle, according to the NYP. Then, as police were responding, the driver allegedly pressed his gas pedal and rammed into the crowd.

A demonstrator and police officer were hit but received only minor injuries, according to the NYP.

Police chased and later caught the suspect a few blocks away, according to the NYP. The driver was arrested for reckless endangerment and leaving the scene of an accident.

The NYPD didn’t respond to a request for comment from the Daily Caller News Foundation. 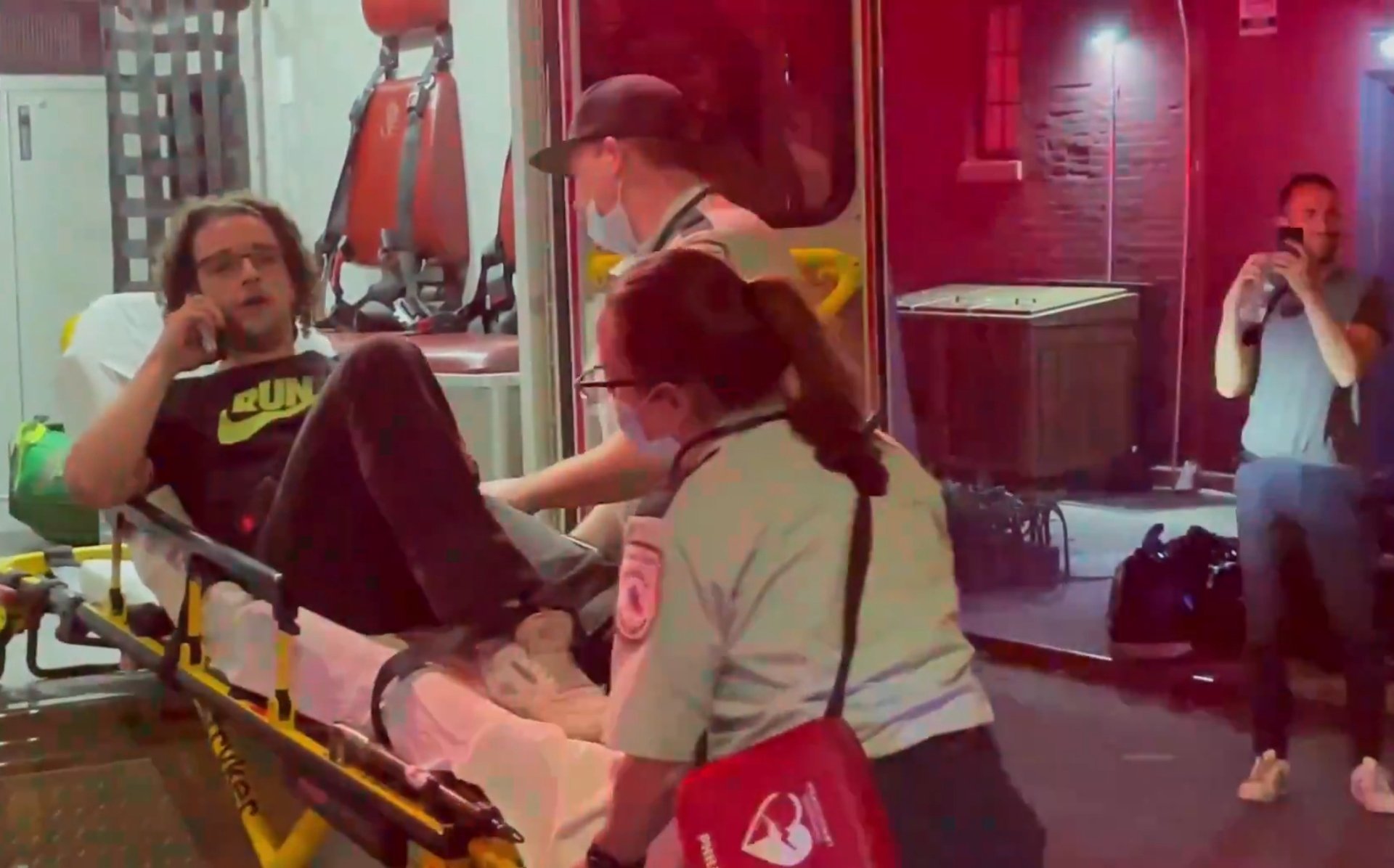 Picture of the protester hit in the crash. [Website:Screenshot:New York Post]

An SUV full of suspected looters crashed into an NYPD officer in Greenwich Village in June 2020.

Support Conservative Daily News with a small donation via Paypal or credit card that will go towards supporting the news and commentary you've come to appreciate.
Steven HallJuly 22, 2021
Facebook Twitter Reddit Telegram Share via Email Print

Media Harps On US For Being A School Shooting Paradise. But There’s Just One Problem