When I was a student at Georgia Tech in the mid-1960s, Atlanta was a clean, safe and vibrant city. Then along came a well-intended, but horribly misguided, war: the war on poverty. After my wife and I married in 1966, we often visited an area of town known as Buckhead, which is still metropolitan Atlanta’s premier shopping and restaurant district. Despite its many attractions, we soon began shying away from Buckhead. Like the rest of Atlanta, predominately white Buckhead became increasingly unsafe.

Under the enlightened leadership of white Democrat mayors of the 1960s through 1974—William B. Hartsfield, Ivan Allen and Sam Massell—the South’s leading city eagerly joined the civil rights movement, so much so that it became known as the “City Too Busy to Hate,” a flattering tag line that would soon become inoperative.

Like the rest of metro Atlanta, the Buckhead district is being overwhelmed by an escalating wave of violent crime committed mostly by young black men. More on that farther down, but before continuing to read, please watch Tucker Carlson’s opening monologue about the black-on-white murder and mayhem that has residents of Buckhead afraid to leave their home. As you watch the segment, keep in mind that what you’ll see is happening to varying degrees in every Democrat-run city in America.

Atlanta’s shocking decline coincides almost perfectly with the war on poverty, landmark legislation passed into law in 1964 with the noble intent of leveling the playing field for black citizens after decades of oppression under Jim Crow. Almost overnight, the racial makeup of Atlanta flipped, as impoverished blacks from rural areas moved to Georgia’s capitol city to take advantage of subsidized government housing and other anti-poverty programs.

Until 1974, Atlanta never had a black mayor; since then, it has never had another white mayor. Over the last 47 years, the city’s mayoral office has been occupied by a succession of progressive black Democrats: Maynard Jackson, Andrew Young, Bill Campbell, Shirley Franklin, Kaseem Reed and current mayor, Keisha Lance Bottoms. I’ve lived in the Atlanta area during all of those administrations, and my most vivid memory of them is how the race card was used to ensure that no white candidate, especially a Republican, would ever again be elected mayor.

A cold slap in the face to Dr. King’s dream of racial harmony, black mayoral candidates in Atlanta made an art form of terrifying black voters with the scurrilous charge that white Republicans are little more than modern day Klansmen dressed in business suits instead of white sheets. One of the most shameful examples of this indefensible practice occurred in 2006.

With then-mayor Shirley Franklin at their side and ominous background music, John Lewis and Andrew Young, two of the greatest icons of the civil rights movement, trashed the spirit of everything they fought for by lending their voices to a despicable radio ad warning black voters “your very lives will be threatened” if Republicans are elected. Throwing gasoline on the lingering embers of racial resentment has been a staple of Democratic Party election politics dating to the time when the racial makeup of America’s cities turned from predominately white to predominately minority.

So what have elected black Democrats done to improve the lives of the desperately poor minority voters who help elect them? The answer is, next to nothing. According to Bob Woodson, a former executive of the National Urban League, 70% of the $22 trillion in anti-poverty funding never reached the impoverished black people it was intended to help. Instead, the lion’s share was siphoned off by Democrat governors, mayors, county managers and school superintendents to further entrench their political empires. Once in office, they created bloated, inefficient and wasteful bureaucracies that devoured massive sums of anti-poverty funding in ways that did virtually nothing to improve the plight of people in the inner city. Despite six decades of stratospheric social spending, urban America is in worse shape than ever.

By nearly every measure, Democrat administration of anti-poverty funding has been catastrophic for urban Americans, with the disintegration of the black family as Exhibit A. When the war on poverty was enacted, the out-of-wedlock birthrate among African Americans was 25%.  A half-century later, that rate has skyrocketed to 77%, clear evidence that the war on poverty backfired in an unimaginably tragic way that would leave generations of young black women addicted to the demeaning lifestyle of government dependency, and generations of young black men saddled with functional illiteracy and arrested psychological development.

As millions of out-of-wedlock babies were born in ghetto neighborhoods, America continued massive spending on new and existing social welfare programs to help lift the black underclass. Nearly all of those programs were administered by blue state and blue city Democrats, with disastrous consequences, especially for young black males.

Having been robbed of a realistic chance for a decent education by the inexcusably substandard public schools in Democrat-run cities, generations of angry young black men unable to read or write defaulted to a life of crime, with many destined to end up dead or in prison before turning 20. While urban kids who want to learn have no choice but to attend the horrendous public schools in the inner city, many of America’s most prominent Democrats send their own children to top-performing private academies.

Dating to the time the war on poverty began, urban Americans have lived in squalor, with each election bringing a new round of empty promises from the party that that relies on welfare addiction and race-arson politics to win elections. When urban voters grumble, they’re told to be patient, that better days are just around the corner, the same line they’ve been fed for the last half century. While the black underclass faces a daily struggle just to survive, the Democrats they helped elect live in new homes, drive new cars, dine at upscale restaurants and vacation at luxury resorts.

With the Democratic Party now ramping up critical race theory in a cynical attempt to con the black electorate to believe that “white supremacy” is responsible for everything that’s wrong in the African American community, black on white animosity will only get worse in Atlanta and every other blue city in America, just as Democrats planned it.

The Cesspool of the South is not the only big blue city that has stabbed the black underclass in the back. Fed-up with decades of being lied to, four reformed ex-cons in Chicago aired their grievances against Democrats in an explosive 4-min. video made while Obama was still in office. If you never watch another video, please watch this one and share it far and wide.

John Eidson is a conservative political commentator, a patriotic American, and a regular contributor to The Blue State Conservative.

How Prescription Medicines Reveal the Absurdity of the Nanny State 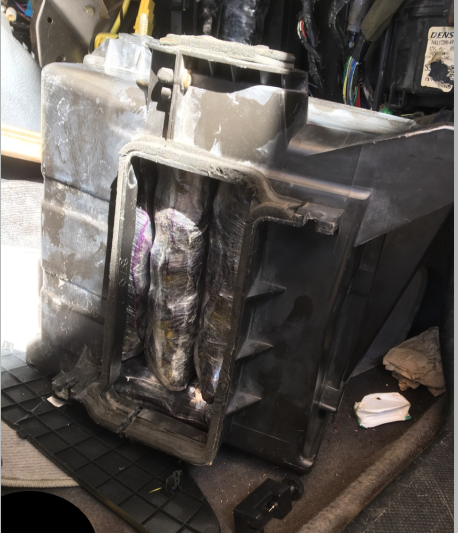