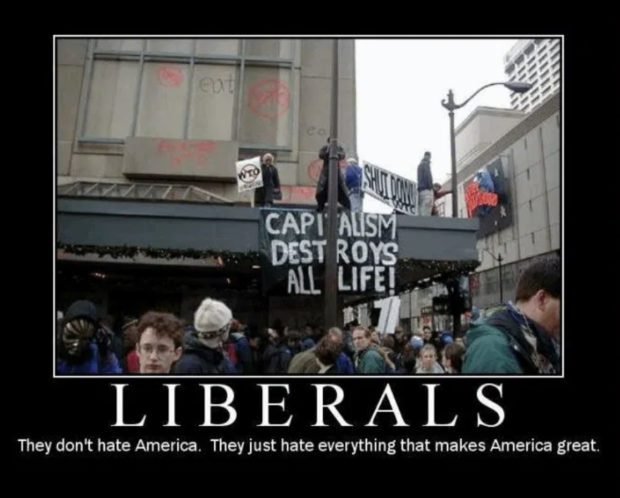 If there is any doubt of the hate that Liberals have for America? Is the way they want to transform every aspect of our Republic or the way that leaders of the Democrat Party are still apologizing for America and its past enough proof? Absolutely. Look to the actions over the last few months as examples:

That is the top 10 in just three short months. I am sure I could keep going but you get the idea. With massive pieces of legislation and the stroke of a pen on Executive Orders, Joe Biden is securing his spot as the most progressive President since FDR and unfortunately for him, he will not have any recollection of any of it happening.

This brings me to my final thoughts and another example of the Left’s hatred for this great experiment called the United States.

The Biden administration’s U.N. Ambassador Linda Thomas-Greenfield gave a stirring address to world leaders at U.N. Headquarters on Friday during a session on the “elimination of racism, racial discrimination, xenophobia and related intolerance,” recounting troubling chapters from her own life story.

“I am a descendant of slaves. My great grandmother Mary Thomas, born in 1865, was the child of a slave. That is just three generations back from me,” she said.

“I grew up in the segregated South. I was bussed to a segregated school and on weekends, the Ku Klux Klan burned crosses on lawns in our neighborhood. When I was in high school, I was asked by a little girl, for whom I babysat, if I was an N-word because her dad had used the word for me.”

Thomas-Greenfield, speaking to the U.N. General Assembly on the International Day for the Elimination of Racial Discrimination, told the assembled leaders: “I know the ugly face of racism. I lived racism. I have experienced racism. And I survived racism.”

In other comments, she had this to say:

Linda Thomas-Greenfield, the U.S. ambassador to the United Nations, said Wednesday that racial equity is a top focus for her as “white supremacy is weaved into our founding documents and principles” in the U.S.

“When we raise issues of equity and justice at the global scale we have to approach them with humility,” Thomas-Greenfield said in remarks at the National Action Network’s virtual conference. “We have to acknowledge that we are an imperfect union and have been since the beginning and every day we strive to make ourselves more perfect.”

These remarks are from OUR ambassador to the United Nations! You would think that they were issued by someone representing a third-world country in criticism of the United States. I am embarrassed by her remarks and hope that others will see them in the same manner. This was supposed to be a new period of calm in this country. We were told by the media, and Joe Biden himself, that he was going to be the President for all of Americans and be a unifier after four years of division (in his mind).

I do not feel unified. I do not feel safer. I do not feel good about our direction and this course is still very young. The left obviously has an agenda and it is to reshape America into how they see it because let’s face it…..they hate America as she is today.