At least 18 protesters were killed and several others were injured while participating in anti-coup demonstrations in Myanmar on Sunday, The Wall Street Journal reported.

At least three protesters died of bullet wounds in Yangon, Myanmar, and 16 others sustained injuries, the WSJ reported. Four people were killed after protesters failed to comply with dispersal orders in Dawei, Myanmar.

“We strongly condemn the escalating violence against protests in Myanmar and call on the military to immediately halt the use of force against peaceful protestors,” U.N. Human Rights Office Spokesperson Ravina Shamdasani said, the WSJ reported.

Security forces responded to demonstrations across the country with lethal force and teargas starting early Sunday morning, the WSJ reported. Some protesters wore hard hats and goggles as medics tended to the injured and others ran in search of safety.

“It was chaotic, very difficult to breathe,” 29-year-old activist Hein Ya Za said, The WSJ reported. “But we weren’t afraid. We just washed out our eyes and our noses with Coca-Cola, some people used milk, and kept on.”

Ya Za was participating in a demonstration in a neighborhood of Yangon Sunday morning where security officials were cornering protesters on side streets, The WSJ said. Security forces deployed tear gas into the crowd of demonstrators before firing off live munitions.

Soe Lay, 22, saw a man fall to the ground after security forces shot him, The WSJ reported. When he returned later in the day he found a memorial for the man who protesters said died from his injuries.

Over 470 people including politicians, journalists and activists were detained Saturday and at least 570 on Sunday and officials have implemented nightly internet blackouts, the WSJ reported. The U.S. has asked the security forces to release the detainees and restore the country’s elected government officials.

“They cut off the internet, they arrest people, they shoot people, we can’t accept this,” Ju Jue, 31, said. She was planning to act as security armed with sticks at a protest in Yangon with her brother before hearing gunshots.

Her mother yelled, “please don’t shoot the young people!” out of their apartment upon hearing the gunfire, the WSJ reported. Ju Jue and her brother waited until the situation calmed down to reconvene with other demonstrators.

“The world is watching the actions of the Myanmar military junta, and will hold them accountable,” Human Rights Watch said, the WSJ reported. Sunday showed a “clear escalation in use of lethal force” by Myanmar’s security forces, according to Human Rights Watch.

A military coup began on Feb. 1, and protesters have held demonstrations against the action since demanding the reinstatement of elected civilian politicians, the WSJ reported. Hundreds of thousands of citizens have participated in the demonstrations. 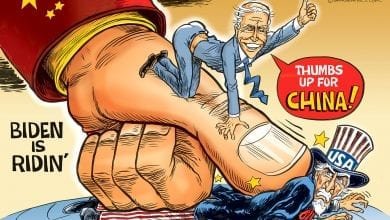