Is It A Barr-trayal? Take Off The Swamp Colored Glasses 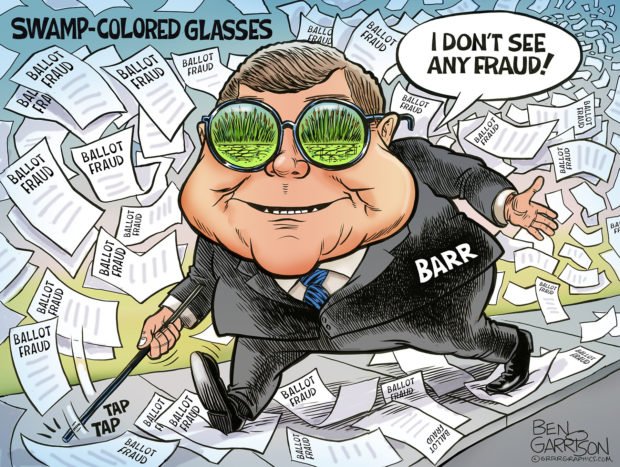 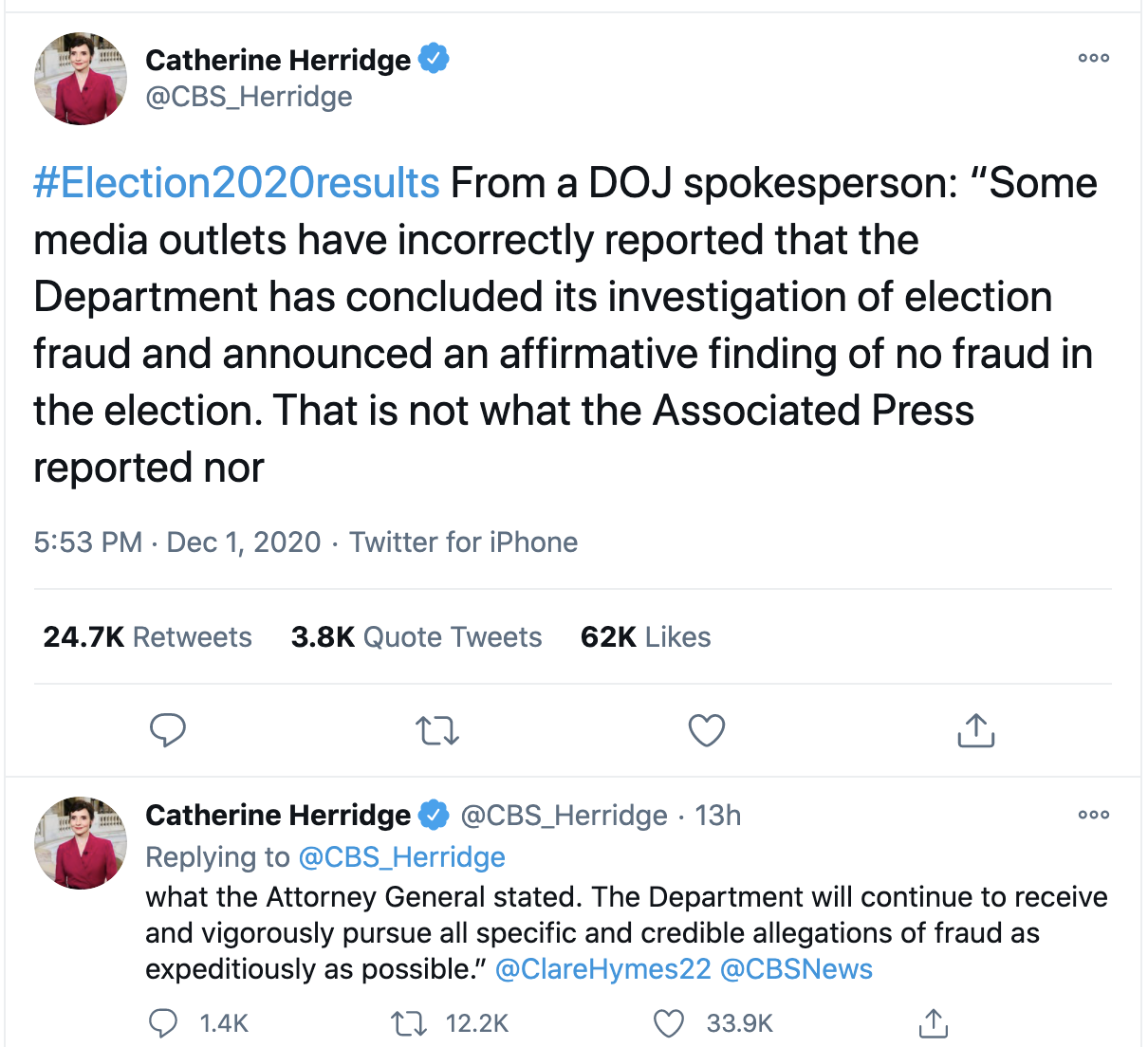 If Attorney General Bill Barr says he can’t see any evidence of election fraud, then he’s not looking. Justice may be blind, but Barr is wearing blinders.

He needs to take off his Deep State Swamp-colored glasses and start prosecuting those behind the fraud.

That might not happen. I’m worried he will do what he’s been doing with the Russia collusion coup attempt by Deep State traitors. That is, mostly nothing. He’s been foot dragging and marking time until Trump’s term expires. The round man failed to put anyone behind bars.

There is sworn testimony and affidavits confirming election wrong doing. The Dominion computers have been hacked, stripped, and invaded by communist China. Counterfeit ballots on pallets. Dead people have voted. Mailed-in fraudulent ballots were rampant. Trump votes were tossed out and Biden votes were counted a half dozen times extra. Late ballots that appeared out of nowhere were back dated. The fraud goes on and on—especially in the swing states.

Barr needs to be a fighter for Justice and stop dragging his feet and expose the fraud!