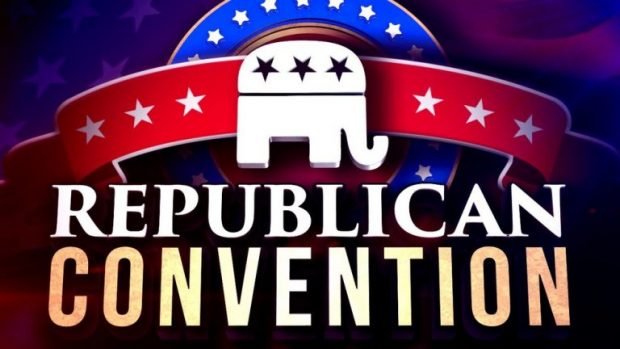 The third night of the convention produced another WOW of a night filled with unbelievable upbeat and inspirational speeches by people representing heroes in our military and first responders. Once again there were black speakers proving once again that America is not a racist country like the Dems are saying,.

Many of the black speakers cited Biden’s now-famous statement that “You ain’t black if you don’t vote for me,” which they found appalling. They told of their living and in the civil rights era down south and KKK groups and how they were to rise above all that on their own without government assistance.

White House press secretary Kayleigh McEnany spoke about her BRCA 2 genetic mutation, which prompted her to get a preventative double mastectomy in 2018. McEnany has previously written about her experience in an opinion piece for Fox News. In her speech at the convention, she discussed how Trump has supported her and continues to support her as a working mother, showing the president’s compassionate side. McEnany has a 9-month-old daughter.

The backdrop gave Pence a cinematic opportunity to make the patriotic case for Trump getting a second term instead of allowing the nation to be “fundamentally transformed” by a Biden administration they say would take an uncharted path towards socialism and mob rule.

“The hard truth is… you won’t be safe in Joe Biden’s America,” said the 61-year-old Pence. Pence called Democratic presidential candidate Joe Biden a “Trojan horse for the radical left” in his nomination acceptance speech at the Republican National Convention on Wednesday night. Pence criticized said the Democrats “didn’t talk very much about their agenda” in their convention last week.“I wouldn’t either. Bernie Sanders did tell his followers that Joe Biden would be the most liberal president in modern times,” he added.

Touting Trump’s strong record on the economy before the Covid-19 pandemic struck, and his ongoing efforts to revive it — he urged voters to ask themselves “who do you trust to rebuild this economy?” “A career politician who presided over the slowest economic recovery since the Great Depression? Or a proven leader who created the greatest economy in the world?”

“Let me be clear,” he said. “The violence must stop whether in Minneapolis, Portland or Kenosha,” he said.

“We will have law and order on the streets of this country for every American of every race and creed and color.”

Following Pence’s speech which was very uplifting and reassuring, country singer Trace Adkins came out and sang the Star-Spangled Banner acapella and with great clarity with is deep bass voice.

Then an added surprise followed when President Trump and Melania made a surprise entrance. There was a row of wounded men and women vets with their walkers and canes and crutches in the front row who all rose to get to the barrier separating them from the podium to shake Trump’s hand and he did just that as he and Melania chatted briefly with each of them and shook their hands. 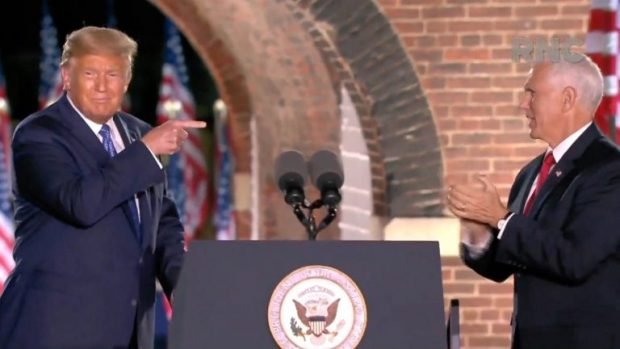 I was watching it on C-Span because Fox has been known to cut into the speeches with their regular programming, but when it was over I switched back to Fox and they were having a panel discussion on the convention and Pence’s speech and Donna Brazile, Chris Wallace and Juan Williams all had sour looks on their faces. I guess they didn’t like hearing Pence’s and the other speaker’s uplifting speeches proving Biden is all in the wrong and has been for the last 48 years.