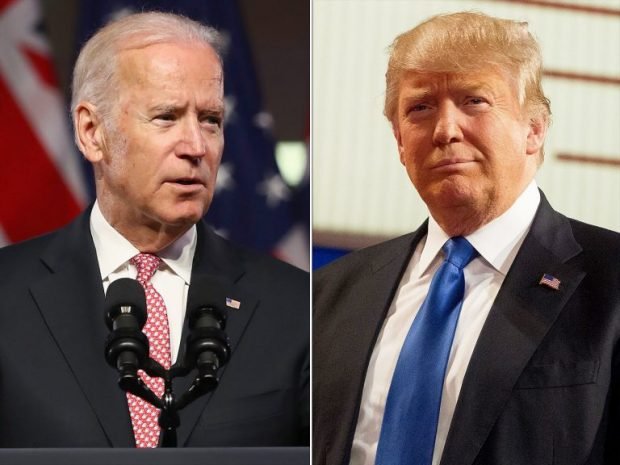 When I speak with people about Biden’s cognitive abilities failing they say, “It’s not about his Mind it’s about this heart.” To which I reply “Oh is his heart failing too?” _____Political commentator Andrew klaven.

Biden was questioned during the event, which was organized by the Service Employees International Union, about Trump’s tendency to refer to COVID-19 as the “China virus” or “Wuhan virus.”

“What President Trump has done in his spreading of racism … the way he deals with people based on the color of their skin, their national origin, where they’re from, is absolutely sickening,” Biden said.

“No sitting president has ever done this,” Biden said. “Never, never, never. No Republican president has done this. No Democratic president. We’ve had racists, and they’ve existed. They’ve tried to get elected president. He’s the first one that has.”

Biden should do a little history research before he makes his racial accusations. There have been 12 presidents in history who have owned slaves.  Biden himself in his almost 50 years in government has made numerous racist statements which proves his do as I say not as I do attitude.

Such statements as like when he was talking about Obama saying, “You have the first mainstream African American who is articulate and bright and clean and a nice-looking guy.” 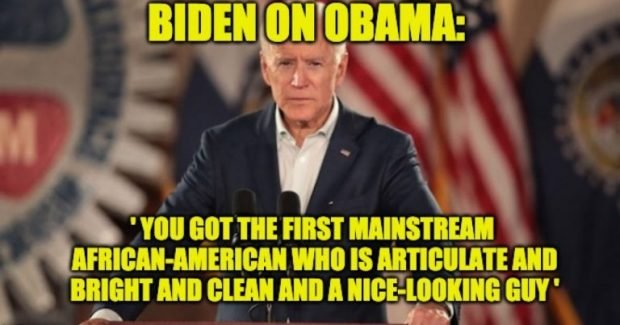 Or how about this one, “You can’t go into a 7/11 or a Dunkin Doughnuts without hearing a slight Indian accent. I’m not joking man.” 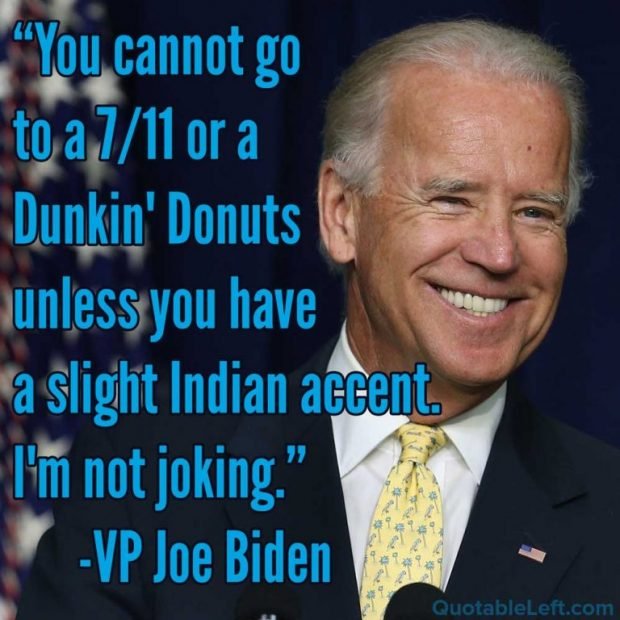 Joe has a whole history of racial slurs like when he was addressing a  black crowd in a church saying what would happen if a Republican got in he said, “They’re gonna put you all back in chains.” Can you imagine if Trump said any of these things, they’d have his head on a silver platter want him run out of town which they already have been trying to do over the last four years with their hoaxes, scams  and impeachment.

Besides his racial gaffes, Biden is notorious for his stupidity such as:

The media likes to run polls saying how much ahead Biden is over Trump. I think these polls are made up and contrived just like they did with Hillary. Many people intentionally lie when getting these polls as Melissa Francis on Fox’s Outnumbered said she does when polled.

“It is clear from our polling that the reports of President Trump’s impending electoral doom are greatly exaggerated,” Terry Schilling, executive director at American Principles Project, said in a statement.

“While the Trump campaign still has much work to do in defining Joe Biden as a feckless enabler of the worst elements of the radical left, the fundamentals of this race are encouraging. While Trump currently trails in some battlegrounds, he also leads in several states where many political pundits have already written him off,” he adds.

“Voters hate the idea of biological males competing against female athletes in women’s sports. They strongly oppose minors being subjected to sex changes or gender conversion therapy. They want to protect kids from online pornography, and they want Big Tech companies to allow free speech and free expression on their platforms,” he notes

Here are the results:

As time goes on Biden is looking older and older looking and getting more and more confused in his answers. The media is trying hard to cover for him but it is getting harder and harder. They should never have put him up for their candidate. As the old Elvis song says he’s’ “Caught in a trap and can’t get out.”