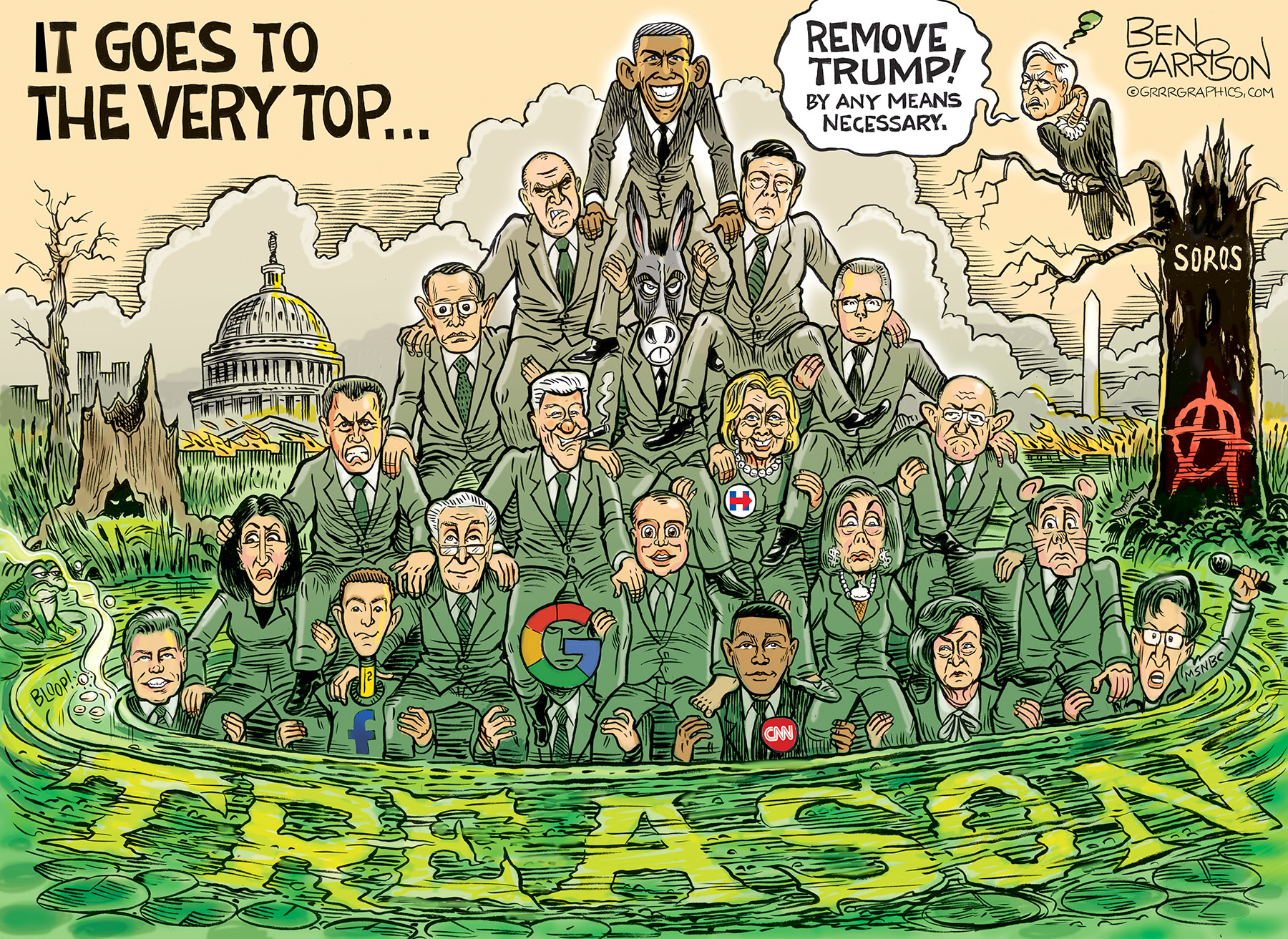 It Goes to the Very top

Left to Right-Top to Bottom

Reminder, the Swamp is trying to distract you with the scamdemic and planned riots…

Lost amid the ongoing protests and riots was former assistant attorney general Rod Rosenstein’s testimony. He signed off on the FISA warrant that led to Mueller’s Russia witch hunt, but he never bothered to read the warrant—he merely rubber stamped it! This is typical of the politicization of our security agencies and justice system under Obama. He used his partisan operatives to help him illegally spy on Trump before and after Trump’s election.

This is treason and there should be consequences.

The lying fake news media did not and will not report on this. They remain focused on taking down Trump, whom they constantly smear as a ‘racist’ while extolling the (non existent) virtues of Obama.

Obama’s shadow government remains in place. The swamp fights to remain deep and powerful. It’s time to drain the swamp. LOCK THEM UP!

Sponsored Content
2020-06-06
Ben Garrison
0
Previous: The George Floyd Case Gets Weirder And Weirder
Next: Fund The Police, But Defund Leftist Governors And Mayors