The impeachment hearings by the Dems have gone completely off the deep end and are certifiably insane. The more they attack Trump the more popular he becomes. The latest Rasmussen polls have him at 51%.

Trump has accomplished more than any other president and in spite of all these hoaxes and lies and shenanigans spread about him by the Dems and their willing accomplices in the media, he continues to succeed. Democrats have done absolutely nothing in the past three years except sit on their fat rear ends and concentrate on removing him from office because they didn’t get their way in an election.

Yet all these Dems can do is think “impeach, impeach, impeach.” Rep.Al Greene said, “We can’t beat him so we have to impeach him.” Green later doubled down and said they can impeach Trump multiple times. Note they never say on what crimes.

Tom Fitton of Judicial Watch recently said the Trump impeachment effort is a violation of all our rights. Trump is just the latest target the left is using to destroy our country,” Fitton said.

This week’s impeachment hearings featured four Harvard professors and lawyers surmising and assuming all things against Trump and supporting impeachment through hearsay and innuendo. One professor said he can be impeached for using the term ”fake news,” WHAT????

Another radical man-hating feminist professor Pamela Karlan made a snide remark joke about Trump’s son Barron which she later half-heartedly apologized for. I guess it’s Ok with these Dems to mock and bully an innocent 13-year-old kid, but not the 49-year-old son of Joe Biden.

Stanford law professor Pamela Karlan offered particularly shrill and hysterical commentary more fitting for a guest appearance on MSNBC than expert testimony before Congress.”Put simply, a candidate for president should resist foreign interference in our elections, not demand it. If we are to keep faith with the Constitution and our republic, President Trump must be held to account,” Karlan screeched.

Of course, there’s been no evidence to support that Donald Trump “demanded” foreign interference in our elections. But she believes it because she cannot accept he beat her preferred candidate in 2016. That’s all she has and all she needs. Her feelings

Constitutional law professor Jonathan Turley ran circles around his fellow Dem professors and said what a sham these hearings are and can affect how we treat future presidents.

Turley said he was bombarded with messages at his office and home asking for his removal. Dems want impeachment first and facts later and not help the people who elected them..They should be concentrating on immigration, education, infrastructure and how to deal with external threats instead of ridiculous, callous made-up charges to get rid of a president they lost to fair and square.

Nancy Pelosi is having a meltdown with a reporter over whether she cares about Trump and Biden had a meltdown in Iowa with an 83-year-old man who questioned him about his son and called the man a liar when the man was correct.

Their latest effort is to blame Trump for what Joe Biden did. There was no quid pro quo with Trump as there was with Biden. Trump just warned the new president to investigate corruption by the old president who gave the OK to hire Biden’s son at Burisma and the corruption of the threat to fire the prosecutor who was investigating his son or he wouldn’t get the billion dollars. There was nothing wrong with that. Trump held up aid to Ukraine for only 59 days while he made sure of the new transition there wasn’t corrupt and then sent the aid. Obama held up aid for three years because he was afraid of Putin.

Meanwhile, the country is doing better than ever. We’ve had 120 days of stock market records, unemployment in all demographics is the lowest in 50 years, more people are working than ever before, we are now energy independent for the first time in 75 years and the largest exporter of oil in the world now and not dependent on OPEC  effecting our gas prices. Gas prices at the pump on the average have been below $3.00 a gallon while under Obama they were above $3.00.

Here is a part and partial list of Trump’s 280 accomplishments:

*jobless claims the lowest since1969

*ended the war on coal

*Investment from major corporations like Foxconn who makes the I-phones, Toyota and others

* signed plan for disabled vets so they can go to their own doctor and the government pays for it. 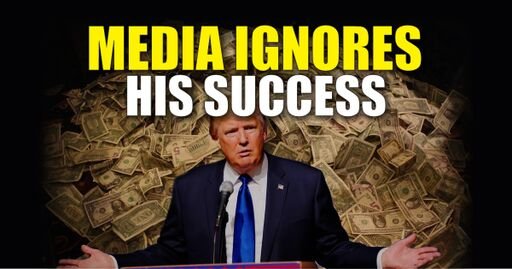 And for all this the dems want to impeach him. They are so full of hate and rage and jealousy and have done nothing for the people who elected them.