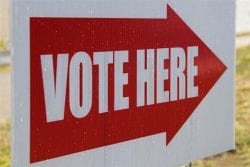 If the current Democrat-led Impeachment Hearings focused upon a duly elected honorable President of the United States doesn’t lead to many impeachments, America will forever be tarnished, the laughingstock of the world, and eventual destruction of a great Nation!

Some suggest the impeachment hearings are bringing America ever closer to the brink of another Civil War. Unlike before, it won’t be over the color of one’s skin but instead the shredding of the US Constitution and rule of law.

If the Democrats succeed with more political hoaxes at the expense of taxpayers, our Country will be divided between those who prefer anti-Americanism to Patriotism.

Today, the issue before America is, “Do we have the stomach for another Civil War?”

If Liberals were only willing to debate and have a civil conversation, the odds would be great about a peaceful compromise. However, today’s Democrat Party leadership make it very clear that it is there way or the highway, right?

Democrats prefer wallowing in their fantasies, lies, hypocrisy, narcissism, arrogance, and anti-God platitudes. Living in a fairytale world is not a fertile seedbed of accepting change.

Republicans seem to have grown soft, fat, lazy, and complacent by allowing Democrats to get away with murder while they remain silent. Republicans falsely believe fighting is only the job of our military.

Americans are now mostly uneducated (due to the impotent government-run educational systems) – even though we have never in our history had so many colleges producing increased numbers of masters and PhD’s. The result is more educated fools than ever willing to accept emotions instead of demanding facts!

Please ask yourself what country would most likely allow Democrat Impeachment hearings… China, Russia, Cuba, Venezuela, or other socialist countries?

Anyone with an IQ of plus 1, can easily see those involved in the impeachment process are first and foremost ‘anti-Americans.’ Denying anyone – especially the duly elected President of the United States, due process is an abomination and disgrace to our Country!

That means the Democrat hearings are a lynching. Only in a lynching would justice, facts, and truths be forbidden.

We all know politicians are bought and sold like used cars. Politicians never flip-flop, they just check their wallets and go with the largest deposit, right? Well, should we believe Republicans are exempt from this methodology?

Yes, the people in Congress leading the Presidential Impeachment hearings are Democrats but that’s not the total story since we know politicians are mere puppets of fat-cat donors who are the real string pullers.

America has only one obvious pro-American Patriot fighting against those who hate America. Meanwhile, elected politicians that should be joining the fight prefer sitting on the sidelines.

Fortunately, President Trump continues to rack up impressive win after win. Unfortunately, he’s the only example we have in Washington DC to inspire future generations.

Our courageous President doesn’t have a hidden agenda like others. President Trump’s agenda is simply called ‘an America first, agenda!’ What he does is open and transparent for all to see and that’s why he was elected.

Like my parents taught me, “When we do what is right, God takes care of the rest.”

God must be fighting with President Trump because the gates of Hell have been opened and all of Satan’s followers are attacking our President and America like at no other time in history.

President Trump has gone through almost 4 years of coup assaults by Democrats and their media sycophants. Sadly, Americans don’t realize it’s not only an assault against President Trump, but all Americans.

Isn’t it time to ask Patriots from all walks of life – Democrat, Independent, or Republican, to come out of their closets and finally stand with President Trump and do what’s right and best for America?

Isn’t it time to work in unison to identify the anti-Americans in government offices from local to national, expose them, and impeach them in order to restore this country’s greatness?

Isn’t it time to boycott public personalities who prefer ‘hate’ to ‘respecting one another?’ Isn’t it time to tune-out the elites – even if they represent our favorite entertainment addiction?

Imagine how quickly the anti-American pro-Chinese NBA would fold if Americans tuned them out and voted to stop taxpayer money.

Is it too much to ask everyone we know to join our efforts to overcome addictions to anti-Americans – regardless of product, sport, entertainment, or whatever?

Why can’t we also expose nefarious agendas by all groups – including a few so-called churches and NPO’s? Many of these anti-American associations must be prosecuted and brought to justice for their nefarious operations in aiding and abetting anti-American activities.

Killing babies – especially Black babies – is not a Constitutional Right. It’s a crime against humanity. How does murdering any innocent life become a proud moment and applauded?

Turning cities into hell holes is not a right afforded to liberal officeholders wanting to change policy and statutes. Failing to protect citizenry is a crime and must be prosecuted.

Everything bad happening in America can be traced back to the Democrat Party and their sycophant supporters. Patriots must stand and expose illegitimate and harmful actions for what they are instead of what they say they represent.

By votes, pen and paper, phones, computers, enforcing government accountability, and getting involved we can each support the crusade against anti-Americanism.

We are now watching the Democrat Party implode before our eyes. Even California is turning against them. This is not a time to feel sorry for them because they have knowingly chosen their evil ways.

The best thing we can do is to help Democrats become an artifact in history by impeaching them using our ballot boxes. Not only should we personally impeach them by voting against all Democrats, but we must take others to the voting booths.

No matter the path we choose, the one thing all Americans must do is to stop the use of taxpayer money to support anti-Americanism!

That can only come about by impeaching every Democrat by using the ballot box for years to come! Today’s evil Democrats are no longer our Parent’s political party!

0
Previous: DHS Deputy Says ‘About 60,000’ Migrants Have Been Sent Back Under Remain In Mexico Program
Next: Medal of Honor Monday: Army Sgt. Maj. Christian Fleetwood