House Speaker Nancy Pelosi suggested Saturday night that she is willing to lose the House of Representatives to Republicans if it means ousting President Donald Trump.

“It doesn’t matter,” Pelosi said in response to a question from Texas Tribune CEO Evan Smith about whether she is worried how an impeachment inquiry will impact the 2020 House elections. “Our first responsibility is to protect and defend the Constitution of the United States.” She made the comments during an interview at Tribune Fest, a festival in Texas highlighting newsmakers.

Pelosi’s remark were made after she announced an impeachment inquiry after details about a July 25 phone call between Trump and Ukrainian President Volodymyr Zelenskiy. During the call, Trump asked the foreign leader to investigate former Vice President Joe Biden’s dealings in Ukraine as they relate to his son, Hunter Biden.

Pelosi’s move to open an inquiry comes several months after the California Democrat maintained that her party was far from interested in an impeachment push. Neither she nor any other Democrat have provided evidence suggesting Trump’s call broke the law.

Nevertheless, the public appears to be warming to the idea of impeachment. An NPR-PBS NewsHour-Marist Sept. 25 survey showed that 49 percent American adults support impeachment, while 46 percent oppose the idea. Trump, meanwhile, is using the inquiry as a fundraising tool and a cudgel against his Democratic moderates in vulnerable red states.

Support Conservative Daily News with a small donation via Paypal or credit card that will go towards supporting the news and commentary you've come to appreciate.
Tags
Donald Trump impeachment Nancy Pelosi Ukrainegate 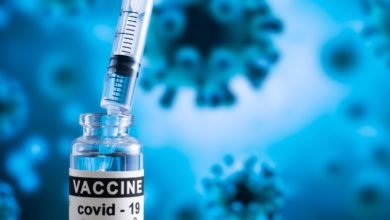 Transplant patient submitted to vax mandate, died before he got new lungs