By many accounts, activity in the financial markets during these past summer months has been uncharacteristically volatile.  After hitting record highs of 3,028 on July 26th, the S&P 500, an important economic benchmark, has seen a major reversal that has sent valuations lower.  Overall, the S&P 500 has already lost -3.4% since it reached its peak and many American consumers are wondering if these negative trends will continue.

One factor that could play a key role in the ultimate outcome is the changing policy stance that has been exhibited by the Federal Reserve.  The U.S. central bank plays an important role in determining interest rate levels that guide the national economy and its stock markets, so recent developments have proven to be critical in terms of the way valuations in the S&P 500 have changed over the last several weeks.

Additionally, several economic experts have suggested that the U.S. economy could be in danger if the Fed fails to become more proactive in its efforts to avoid recession.  Barry Bannister, Chief Institutional Equity Strategist at Stifel Financial, recently said: “Rates signal a bear market, and Fed hesitations risk a repeat of Custer’s last stand at Little Big Horn.”  Bannister then went on to say that the “Fed should quickly go below neutral since crises occur at progressively lower ‘spreads’ to neutral.”

Essentially, the argument here is that the U.S. could be moving toward the brink of recession and that the Fed will need to act accordingly in making monetary policy less restrictive for consumers.  Without additional interest cuts, some experts believe that stock markets will be at risk of further spikes in volatility heading into the final months of the year. All of this marks the culmination of a somewhat contentious relationship between President Donald Trump and voting members of the Federal Reserve that will hopefully see further resolution.

Ultimately, this shows that there are several important factors that will need to be addressed with respect to the ways economic policy is likely to be structured going forward.  Earlier in August, the Fed cut key interest rates by 25 basis points for the first time since the 2008 financial crisis.   In its policy commentary, the Fed noted that continued trade tensions and subdued inflationary pressures may continue to play a critical role in the development of the U.S. economy.  Recent inversions in the yield curve have also sent warning signals that seem to validate many of the market’s existing concerns and stock markets have struggled in the wake of all the volatility.

However, the U.S. economy under President Donald Trump remains strong, with GDP growth stable and national unemployment rates holding at their lowest levels in nearly five decades.  In traditional economics, the labor market is typically thought of as the backbone of any nation’s economy and this continues to be a very encouraging sign of things to come.

If stock markets continue to show signs of weakness, it may be a good idea for conservative investors to remember that U.S. markets remain caught in a long-term bull run that has actually sent valuations to record highs.  This may bring some additional solace amidst all of the “noise” that often filters through the mainstream media.

Support Conservative Daily News with a small donation via Paypal or credit card that will go towards supporting the news and commentary you've come to appreciate.
Tags
Financial Markets monetary policy Stock Markets the economy The Federal Reserve U.S. Economy 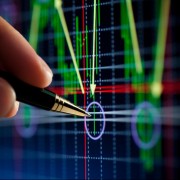 Richard Cox is a personal investor with more than two decades of experience in the financial markets. He is a syndicated writer, with works appearing on CNBC, NASDAQ, Economy Watch, Motley Fool, and Wired Magazine. Generally, these financial commentaries cover the ways in which macroeconomics can impact retirement, exchange-traded funds, dividend stocks, gold as a protective hedge, currencies, and trends in global interest rates.