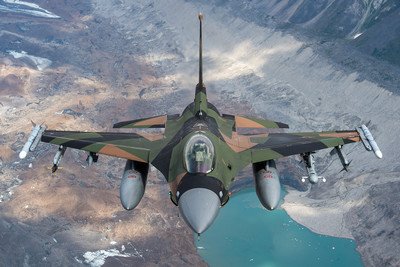 For about two decades, the Air Force has fielded both the F-22 Raptor and the F-35 Lightning II — both billed as technical marvels. But what’s next for the Air Force?

“Nevertheless,” he said, “the U.S. military will need to continue to execute its core missions of homeland defense and nuclear deterrence. It also will need to be able to defeat a peer adversary while holding another at bay while continuing to engage in countering the violent extremist challenge.”

“We will not be able to accomplish that without the ability to continue to control the skies,” Fantini added.

Next-generation air dominance involves ensuring that everything can share data with everything else, across services and across domains, including air, land, sea, space and cyberspace, Krumm said. “All of that connected is what we want it to be,” he added.

And it takes into account the incredible pace of technology advancement as well, he said, noting that it will be constantly evolving and constantly changing.

“The Air Force will look for capabilities that are rapidly upgradeable and modular in nature,” Krumm said.