Posted by: Peter Hasson in In The News, World News July 23, 2019 Comments Off on Democrats’ ‘Equality Act’ Could Bring Canada’s Transgender Waxing Controversy To America

A high-profile dispute in Canada over whether a transgender activist can force women’s waxing salons to handle male genitalia could be repeated in the United States if a Democratic bill becomes law.

The Equality Act, which the House passed in May with unanimous support from Democrats, would make “gender identity” a protected category under federal anti-discrimination laws, as it is in Canada. The bill’s text specifically states that salons would be affected under the law.

“The Equality Act, by adding ‘gender identity’ as a protected classification in federal civil rights law, could be used by activists to legally harass women who do not want to wax male private parts—regardless of whether those male private parts are attached to people who ‘identity’ as men or women,” Ryan Anderson, a senior fellow at The Heritage Foundation, told the Daily Caller News Foundation.

That’s the case in Canada, where transgender activist Jessica Yaniv filed a dozen complaints against women’s waxing salons, alleging discrimination on the basis of gender identity because female salon employees declined to wax male genitalia. The complaints are currently before a human rights tribunal in Vancouver, which has yet to deliver a ruling.

“This is not about waxing. This is about businesses and individuals using their religion and culture to refuse service to protected groups because -they- don’t agree with it or the person and use that to illegally discriminate contrary to the [British Columbia] Human Rights Code and the [Canadian Human Rights Code],” Yaniv wrote in a July 18 tweet defending the complaints. 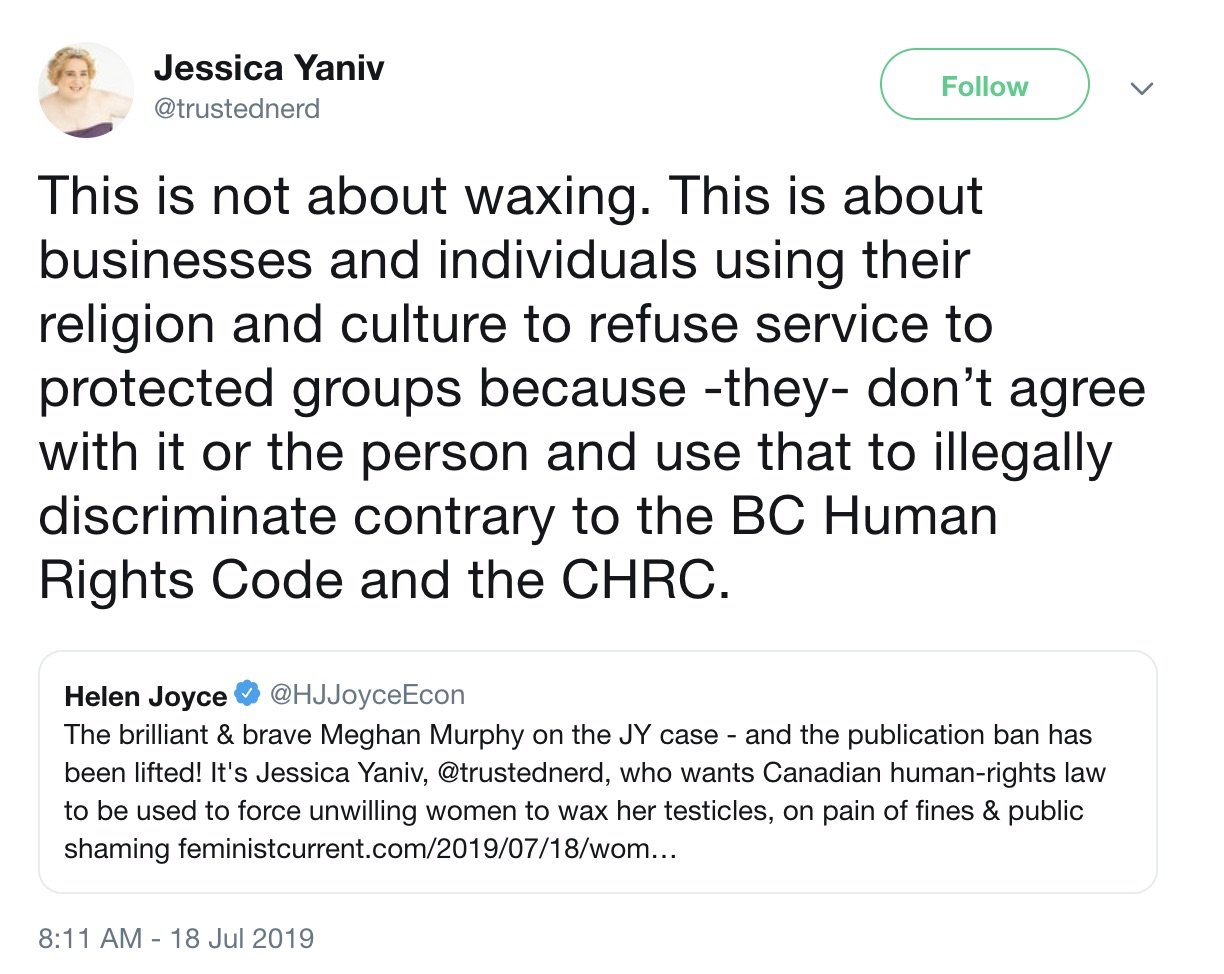 Yaniv did not return the DCNF’s request for comment for this article.

The Equality Act would also have sweeping effects on girls’ sports. The bill would require schools to include male athletes who identify as transgender girls on female sports teams. Male athletes in recent years have racked up victories in female athletics.

The Republican-controlled Senate is unlikely to hold a vote on the bill — Maine Sen. Susan Collins was the only GOP cosponsor in the Senate — but Democratic presidential candidates have lined up in support of the bill, promising to make its passage a top priority if elected.

0
Previous: Safe Connection: The Reality
Next: Boris Johnson To Be UK’s Next Prime Minister