This is the first article of our “On the Stage” series, where the goal is to get to know each and every single candidate vying for the chance to take on President Donald J. Trump in the 2020 election as the Democratic nominee. As the first of the Democratic debates approach, we try to understand each of the candidates and their campaigns better. 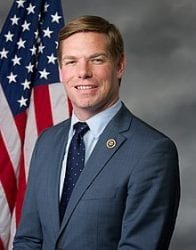 Who is Eric Swalwell?

Eric Swalwell is a sitting four-term congressman from the 15th district of California. Before being elected to the House of Representatives, he served on the city council of Dublin, California, was a member of the  Dublin Arts & Heritage and Planning Commissions,  and also served as an assistant district attorney. Despite representing California in Congress, Swalwell was born in Iowa, and he hopes to catch some of that hometown magic in the upcoming primaries.

How is Eric Swalwell doing in the polls?

Though he has not yet had 65,000 individuals donate to his campaign, Eric Swalwell has qualified for the first set of Democratic debates by virtue of meeting the poll qualification which requires that candidates attain no less than 1 percent of responses in at least three national or statewide polls recognized by the Democratic party. For Swalwell, these were an April 4-9 Monmouth University survey among likely Democratic primary voters in Iowa, an April 10-18 University of New Hampshire poll in the Granite State, and a nationwide Reuters/Ipsos poll on April 17-23.

As of the moment, Swalwell is tied for 16th place among the Democratic primary candidates with a 0.3 percent rating along with Hawaii Rep. Tulsi Gabbard, former Maryland Rep. John Delaney, author Marianne Williamson, and New York City Mayor Bill de Blasio, according to RealClearPolitics. He does not have significant numbers on any statewide polls that RCP has on record, though, namely candidate averages in Iowa, New Hampshire, California, Texas, South Carolina, and Massachusetts.

What are the key ideas of the Swalwell campaign?

On healthcare. Rep. Swalwell supports Medicare for All, although a system in which private insurance would not be completely eliminated, but also wherein a public option would be guaranteed to all who opt to avail of it. He supports expanding federal funding for research on critical diseases such as cancer and amyotrophic lateral sclerosis (ALS).

On environment and climate change. The congressman advocates for a gradual yet urgent transition from a fossil fuel-dependent society to one that taps renewable energy. In the past, he has supported legislation to further regulate oil fracking, to ban offshore oil drilling in California, and to fund research and development into clean energy technologies and infrastructure.

On social issues. Eric Swalwell is pro-choice, and is in fact a member of the pro-choice caucus in the House of Representatives which supports expanding access to reproductive health. He supports repealing the Hyde Amendment which bans federal funding to go directly to financing abortions. He is also an advocate for LGBTQ+ rights, and has co-sponsored civil rights protections on the federal level for non-binary individuals.

On immigration. He is an vehement opponent of the immigration policies of the Trump administration, and has moved to block funds for the President’s alleged “Muslim ban” and for the proposed Southern border wall. He co-sponsored the DREAM Act of 2017 which would formalize legal protections for illegal aliens brought to the U.S. as children and thus are eligible for DACA.

On gun rights. Rep Swalwell supports restrictions towards gun usage. He supports universal background checkes on all gun sales, banning of all assault weapons sales, as well as a buyback program for these weapons on the federal level.

On other issues. He is a member of the House Intelligence Committee and of the House Judiciary Committe, and was highly-involved in the investigations to Russian interference in the 2016 presidential elections. He supports a two-state solution to the Israel-Palestine conflict, corporate tax incentives for more profit-sharing and equity-sharing incentives. He has pushed for a federal minimum wage of $15/hr and more federal workforce training for technology jobs

The Bottom Line for the Swalwell Campaign

In an April 15 article, Business Insider reported that only 14 percent of Democratic primary voters have heard of Rep. Swalwell. If that is not bad enough, only 11 percent of the respondents of the same survey said that they think Swalwell can beat Trump, while 49 percent expressed the opposite. This says a lot in Swalwell’s perceived electability, which will indeed play a significant role in the choices voters make in the primary elections. Another issue that the Swalwell campaign currently face is that they have not been able to establish a potential voter base for themselves. The same Business Insider source indicated that those interested in Eric Swalwell’s ideas and policies are also among those who count themselves satisfied with the candidates of other more popular left-leaning nominees such as South Bend mayor Pete Buttigieg and senators Bernie Sanders, Elizabeth Warren, and Kamala Harris, a fellow Californian.

If Congressman Swalwell wants an actual shot at the nomination, he has to impress in the June 27 debates and up his campaign game. With the Democratic Party doubling the polling and fundraising qualifications for the third and fourth debates, Swalwell has some ground to make, starting with the first round of debates. 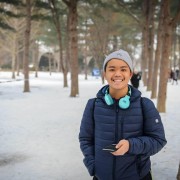