President Donald Trump will deliver a major speech regarding immigration Thursday, outlining his plan for reform and solving the southern border crisis.

Trump is due to give an address on Thursday at 2:30 pm, according to Reuters. The focus of the speech will be on the White House’s months-long work to develop an immigration reform package. Jared Kushner, the president’s son-in-law and senior adviser, has been leading the administration’s efforts.

While details of the plan have not yet been revealed, it broadly focuses on two key areas: Legal immigration and border security.

The first part of the proposal addresses legal immigration by limiting the number low-skilled migrants who enter the U.S. based on family ties and replacing them with high-skilled workers. The number of migrants entering the country would be left roughly unchanged. The second part of the proposal calls for more border walls and updated ports of entry.

A select group of Republican senators met with Vice President Mike Pence, Kushner and White House senior adviser Stephen Miller on Tuesday to discuss the plan. However, some individuals reportedly left the meeting feeling uneasy about its prospects.

“[Kushner is] in his own little world,” a person familiar with the meeting said to The Washington Post. “He didn’t give many details about what was in [his plan]… And there were a number of instances where people had to step in and answer questions because he couldn’t.”

The first phase, according to those involved in the immigration talks, is to build GOP support for the plan.

“I don’t think it’s designed to get Democratic support as much as it is to unify the Republican Party around border security,” South Carolina GOP Sen. Lindsey Graham stated after the meeting. Graham believes that once Republicans rally around a bill that bolsters border security and transition the U.S. to a more merit-based immigration system, the GOP could then strike a deal with Democrats regarding the millions of illegal aliens already living in the country.

Graham introduced an immigration bill of his own on Wednesday. The South Carolina Republican is calling for more immigration judges, requiring Central Americans to lodge asylum claims within their home countries, and reforming how the government handles noncontiguous illegal immigrants.

“I am willing to sit down with Democrats to find a way to address the underlying problem in Central America. I’m willing to put other immigration ideas on the table to marry up with this,” Graham said Wednesday about a possible GOP-Democratic compromise.

Republican lawmakers could eventually coalesce around a plan that encompasses both Graham’s and Trump’s proposals.  However, many remain skeptical that major immigration reform — something that has befuddled Congress for years — has a chance of passing anytime soon.

The president’s speech on Thursday will be held in the Rose Garden.

Report: Teen Kills Herself After Instagram Poll Results Tell Her To 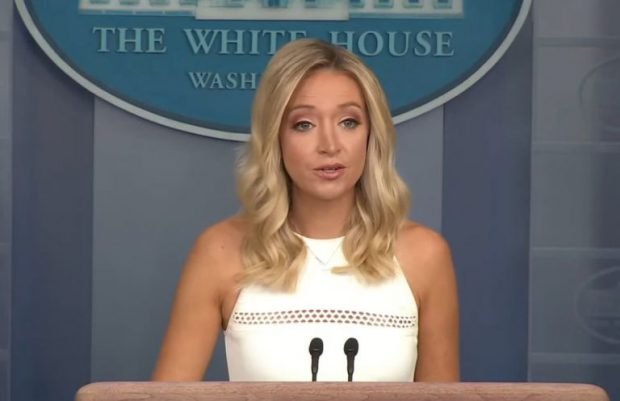