Low complexity is one of the reasons why adoption rate went up in recent years. Yes, there is AI and other factors make it more attractive than ever, but low complexity and scalability are fundamental reasons for this improvement. Previously we discussed chatbots in relation to the US workforce. Now, let’s explore the overall idea in more detail:

What is a low complexity chatbot?

Your typical low complexity Chatbot is something which can be quickly trained to answer a whole range of basic consumer questions. There are a very large number of relatively simple informational topics which can be quickly and easily programmed into a chatbot. It can be something like products or services which is provided by a business. Such a chatbot will be able to handle most of the questions which consumers might have. The chatbot can also be programmed to provide additional information which can help to generate leads for the business. Everyone knows that efficient customer engagement is a vital aspect of the success of any business today. This is why a lot is done to improve the digital experience of the consumer. When it comes to consumer engagement it is important to look not only at existing customers but also at enlisting new ones. Vast amounts of money had been invested in consumer services in the last decade. Likewise, the way in which consumer call centers function has also been transformed in order to make them more consumer friendly. Businesses are increasingly shifting to chatbots in an attempt to automate call centers.

Self-service portals have been frequently used over the last couple of years. However, the consumer always had the option to switch to a human customer care agent when that problem could not be solved. At times the interaction between humans and self-service portals was simply not satisfactory. However, now with the new generation of AI chatbots, there is just about unlimited potential to transform self-service portals. Technology allows chatbots to be configured so that they are able to understand most of the queries which customers might have. They will also be able to provide the consumer with the correct answer without the need to consult with a human. There is a whole range of questions which can then be successfully answered by the chatbot. The more data which the chatbot has available the more successful will it be to answer all those questions which the consumer might have. The chatbot will simply access the customer database and in a matter of seconds it may be able to provide the consumer with a suitable answer. This whole process can now be handled by the chatbot, therefore, the cost of operating the call center can be reduced. Less human agents will be needed because the bulk of the work will be done by chatbots.

How is everything done?

Whenever a chatbot receives a query from a consumer they will pass that query on to an AI-based natural language processing engine. There are several such tools available such as IBM Watson, Microsoft cognitive services, AWS or Google. However, the NLP engine is able to interpret the intentions of the user. The user intent is then matched to a suitable response. All of this happens very quickly. Many people are overwhelmed by the complexity of artificial intelligence and everything it entails. They are also concerned about the implementation process. In reality, a chatbot can be implemented in a relatively short amount of time. People have been fascinated with artificial intelligence for a long time. Many people are uncertain about the possible consequences of implementing artificial intelligence. Many of those fears have been because of those Hollywood creations which are constantly showing the devastation which could be caused by hostile artificial entities.

Suggested reading: AI is the future of Digital Healthcare and Avi Ben Ezra on JPOST.com 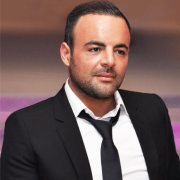 Avi Ben Ezra is the Chief Technology Officer (CTO) and Cofounder of SnatchBot and SnatchApp (Snatch Group Limited). He leads the Group’s long-term technology vision and is responsible for running all facets of the tech business which includes being the architect of the platforms and UI interfaces. Avi has proven tech track record and 15+ years of demonstrated career success developing tech initiatives of organizations of varying size and scope. Avi possesses in-depth experience in developing digital market places within Fintech and AI. https://www.avibenezra.com Twitter: @avi_benezra