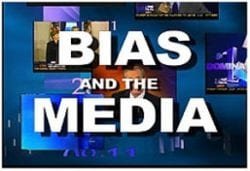 My oh my, is anyone else sick and tired of being called a “RACIST”? It’s especially disingenuous to hear this lunacy, as a person of color.

In the Democrat’s mental state of total dysfunction, confronting a conservative with an extensive vocabulary and enough brains to discuss just about any topic and wham! We are instant racists. Once declared, Democrats falsely imagine they have won the debate and case closed!

Question, please: “If people of color are racists, what are we racist about?” Are we supposed to hate our parents and siblings? Kind of silly, isn’t it?

Hold on though, does logic or maturity even matter to Democrats? Of course not, they just hate everybody and everything based solely upon political party affiliations! Consider their stance when homosexuals defend science! It’s pathetic, isn’t it?

They have no boundaries when it comes to expressing their disdain for others. Then it finally dawns upon most of us that Democrats are only reverting to their old playbook replacing the n-word in their lexicon with “racists.”

You see, liberals are incapable of carrying on a ‘decent’ conversation. They appear to be limited to using four-letter words. Emotions always dictate their character and persona – never intelligence.

Understanding this irrefutable truth about Liberals should make any adult cringe when we hear they are promoting any “government plan” changing society. How is it possible for unlearned, facts be damned, Democrats to produce anything benefiting the rest of us?

We all must know their only plan is to seize total power and control over America. They use the same old tired and worn out playbook year after year but change words and phrases. They feel so superior to the rest of us, totalitarianism is mandatory – not an option.

Under their Socialistic goals – they win, we lose. As soon as they finish destroying the 2nd Amendment, confiscate our guns and ammunition, then they will move to seize control of our government and destroy the greatest Nation ever established in the history of the world.

Maybe it’s time for conservatives to mimic their tactics in order to counteract their goals. Should we hire gangs to march in the streets shouting, “You Are Stupid, Think, If Possible, Stop Glorifying Satan,” and the like. Maybe we could even become so good at this we could shout: “Democrats in a blanket, fry ‘um like bacon!“ This worked for Democrats when they were calling for murdering police, right?

Then again, maybe we only need to remove all of the Republicans in Congress and replace them with Patriots willing to expose Democrats for what they really are and stop co-opting their tactics. Democrats don’t need any more accomplices they must be defeated and exposed, daily.

When we check God’s word against Democrat ideas, it never goes very well. Consider the Green New Deal suggesting the world is going to end in 12 years if America fails to clean the air in China, India, Russia, and elsewhere. How is that possible?

But wait they say, America doesn’t do it, we just send these countries billions of dollars and let them do it. They wouldn’t dare use the money for weapons and murder Americans, they stupidly report. Is something missing in that Democrat plan? How did that work out with their Iran plan and terrorism?

If Democrats would only bother checking God’s word against the Green New Deal, they would learn “Now when the thousand years have expired, Satan will be released from his prison and will go out to deceive the nations which are in the four corners of the earth…” [Rev 20:7-8 NKJV] Has this happened yet or did we miss something?

Furthermore, God tells us the Rapture (when all Believers ascend into Heaven) will occur when the enemies of Christ become His footstool (Mat 22:44) – a pending historical event. Then He tells us the rule of Israel will follow for 7 years. Then God ushers in the Millennium or the 1,000-year reign of Jesus Christ. Only after these events occur will the world be destroyed.

This leads us to a crossroads of whether to go down the pot-holed anti-Christian road of the Democrats or the roads lined with gold offered by God? Not much choice, is there? By the way, let’s know with certainty that God is not a racist!

Support Conservative Daily News with a small donation via Paypal or credit card that will go towards supporting the news and commentary you've come to appreciate.
Tags
Conservative News Democrats liberals Politics