Recently the United Methodist Church held a denomination meeting in St. Louis and the outcome for Christians was almost as momentous as the lifting of the siege of Vienna in 1683. The threat to Christendom at Vienna was external. An Islamic army of Ottoman Turks was knocking on the door to Central Europe until the attack was broken by Holy Roman Emperor Leopold I. 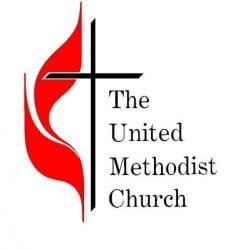 For the Methodists, the threat was internal. A coalition of alphabet–apostates thought they were on the cusp of overturning thousands of years of instruction regarding homosexuality. The goal was to have the United Methodist Church endorse homosexual marriage and practicing homosexual pastors.

Delegates voted on three options. The ‘Simple Plan’ was essentially let it all hang out. Any language in the Methodist Book of Discipline that reflected the Bible’s clear instruction on homosexuality (the Washington Post reporter called it “exclusionary language”) was to be removed and let the good times roll!

The “One Church Plan” was endorsed by craven Methodist denominational ‘leadership’ and a grab–bag of therapeutic Christians who place feelings ahead of theology. This hypocritical approach let church leaders continue to ignore congregations violating the Book of Discipline. As long as the money keeps flowing into HQ, the ‘leadership’ was fine with these hotbeds of heresy.

The last option was the ‘Traditional Plan.’ That choice would return the Methodists to faithfully following Jesus and Scripture as regards homosexuality.

It looked as bad for the Methodists as it did for the Viennese.

In a supreme irony, the alphabet soup alternate lifestyle advocates used a message to persuade delegates that was biblically based. They asked the same question that the serpent used in the Garden of Eden asked, namely “Did God really say that?”

There are a number of ways the media could report on this surprising development. One would to follow the headline of this column: “In an upset, the United Methodist Church Decides to Believe the Bible.” That covers the element of surprise and the Methodist’s return to their foundational belief regarding homosexuality.

Or the reporter could have focused on demographics and how African churches provided the votes to carry the Traditional Plan and what this means for the direction of the denomination in the future.

Instead the Washington Post choose ‘Christian bullies pick on innocent homosexuals.’ Only one person was interviewed who wasn’t part of the alphabet army and he was asked about statistics. Other interviewees were ‘victims of intolerance.’

That’s false because Christians aren’t singling out the consonant crusaders with ‘hate’ and rejection. How can one explain the vote to the irreligious chroniclers of ‘what’s happen’’ now at the WoePost?

How about this? WoePost owner Jeff Bezos decides to go to church. He has three options, two of which would meet with disapproval.

Christian churches don’t encourage anyone who demonstrates an open rebellion against God while in the pew.

This entire effort on the part of the alternate–lifestyle, alternate–Bible cabal was entirely political and not religious. As Kermit Rainman explains, “…homosexual activists and their allies know that the Judeo-Christian sexual ethic found in the Bible is the last bastion of defense holding back the widespread embrace of homosexuality throughout the culture. They understand that if Bible-believing Christians and Jews can be convinced that homosexual behavior is no longer sinful in God’s eyes, then the battle to fully implement their political and social goals will be won.”

Rewriting the Bible is a project of the left and it is purely secular and wholly selfish. St. Louis Heretics were easy to spot with their rainbow bandanas, Black Lives Matter t–shirts, “Justice for All” buttons, feminist slogans and their raised fists when the vote didn’t go their way.