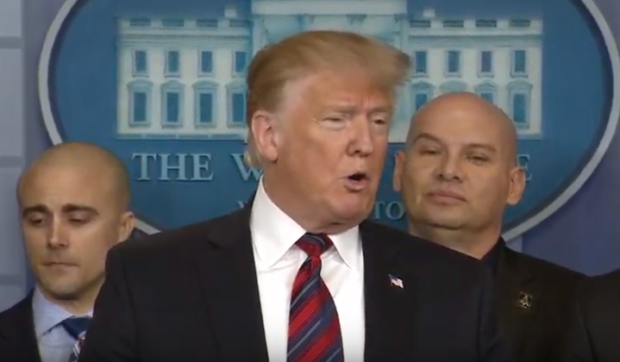 President Donald Trump and White House Press Secretary Sarah Huckabee Sanders holds a briefing to update the media on the events and issues of the day including:

The president and Sanders were joined by Brandon Judd, President of the National Border Patrol Council (NPBC) who told reporters that “walls absolutely do work” to prevent illegal immigration and stopping the flow of drugs into our country.

Two vice-presidents of the NBPC, one former Border Patrol Agent and the other a current agent, affirmed their support for the actions President Trump has taken to fight for money for a barrier including the government shutdown.

The briefing was announced at the last minute and the White House took no questions at the end of the briefing.