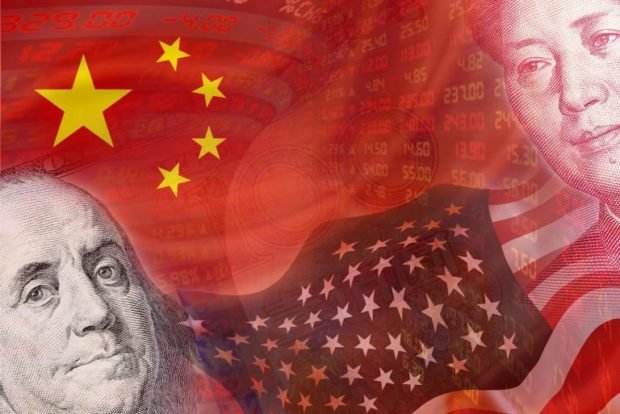 The US forex market jumped Tuesday on hopes of a truce between the United States and the Republic of China. Furthermore, the presidential assurances that he won’t impose a national emergency helped calm the situation.

The market was cautious as everyone was expecting president trump to invoke his executive powers and order the construction of a border wall, even as the second largest shutdown enters its 18th day with no definite signs of a resolution anytime soon.

Later, there was a report quoting a senior government official that the president isn’t planning to invoke his executive and emergency powers to build a wall. That could be good for iFOREX financial news as any financial and stock market thrives on an economy perceived as stable.

According to the report, the president didn’t include any declaration on a national emergency at the US-Mexico border. The government has been seeking support from Congress to finance the construction of this wall. Instead, his speech elaborates why the president thinks that the situation at the border is a crisis.

But despite this, the president maintains that he wouldn’t sign any law that seeks to end the partial shutdown. For this to happen, money allocation has to happen for this project.

What’s the Effect of This Declaration on Forex Markets?

After the declaration by the president that he won’t invoke his emergency powers, forex trading markets got a boost. Dow closed by over +250 marks.

The United States stocks market slipped by almost 300 points due to tension between China and the United States. Trump’s border wall suspense only contributed to making the matters worse.

The US in Talks with China

Despite the plummeting ratings due to tension between US and China trading policies, all is not lost. The possibility of a truce has seen the ratings go higher by over 350 points. That happened as soon as president trump tweeted that talks with China are progressing on well.

But what’s the effect of these talks on the Dow? Well, the reassuring tweet from the president helped increase the ratings and confidence thus boosting forex trading. But once the report was out that the talks may be extended for another day, it confused the market. Well, whereas it may be a sign that some progress is happening, it’s also a sign that there are too many trade differences.

Meanwhile, the reports that the talks are moving on smoothly but parties aren’t ready to sign an agreement caused the Dow to slip. But what do these engagements with China entail?

As per the report, China and the United States are narrowing their differences on various trade issues. This includes the buying of American goods and the possibility of opening Chinese markets even further. But despite this, the two sides are far from making a deal.

Earlier on Monday, China expressed confidence in resolving any trade friction with the United States. The US officials are meeting their counterparts from Beijing after their respective presidents agreed to a 90 days truce.