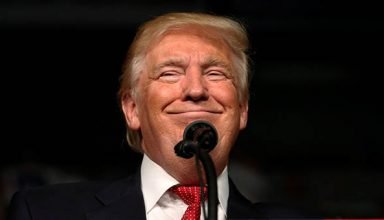 Whenever you see one of Trump’s rallies there are always s big banners saying ”promises made. Promises Kept.” Here are Trump’s promises that he kept. The ones he didn’t keep are not his fault. In North Korea, for instance, at least Kim stopped firing rockets over Japan and Guam. Trump is meeting with Kim again at the end of Feb. As far as getting rid of Obamacare,  McCain voted against it which is why it is still there, but at least Trump got rid of the mandate. At least he kept his promises more than any other president. I think he’s done pretty good.

Here is a listing as compiled by Fox News:

Approving tax cuts: As a candidate, Trump promised to simplify the tax code and create massive cuts for Americans. He signed the $1.5 trillion tax overhaul with the most extensive rewrite of the tax code in decades in December 2017. It cut the corporate tax rate and doubled the standard deduction, among numerous other changes.

Exiting from the Iran deal: Calling it “decaying and rotten,” Trump withdrew the U.S. from the Iran nuclear deal in May 2018. By November, the Trump administration said it restored previously lifted sanctions on Iran. Trump had promised to tear up the deal while on the campaign trail.

Upping NATO nation spending: Trump often criticized NATO countries for not paying their “fair share” and had suggested he would only come to the defense of nations that fulfilled their financial obligations. After some – at-times controversial – discussions between Trump and other leaders, NATO leaders pledged their “unwavering commitment” to boost defense spending in July 2018.

Creating a hotline for veterans:  By November 2017, the Department of Veterans Affairs said a 24-hour White House hotline was fully functional to help veterans – fulfilling one of Trump’s campaign promises. Veterans are able to connect with an actual person via the special line.

Taking no salary: Trump promised not to take the $400,000 presidential salary. He’s kept that promise, donating portions of the money to various Cabinet departments.

Exiting from the Paris climate accord: As a candidate, Trump promised to “cancel” the Paris Climate Agreement, a pact by nearly 200 nations to voluntarily reduce their greenhouse gas emissions to fight climate change. Former President Barack Obama used his power as president to join the agreement without a vote in the legislature. Trump announced in June 2017 that the U.S. was pulling out of the agreement.

Bombing ISIS: Trump famously vowed to “bomb the s— out of” ISIS as a candidate. In April 2017, the U.S. military dropped its largest non-nuclear bomb on an ISIS tunnel complex in Afghanistan.

Moving a key embassy: In May 2018, Trump fulfilled a key campaign promise by opening the U.S. Embassy in Jerusalem and recognizing the city as the “true capital” of Israel. The international community largely does not recognize Jerusalem as Israel’s capital as it is claimed by both Israel and the Palestinians. Previously, the U.S. kept its embassy in Tel Aviv, like other countries.

Ending Obama’s health care law: Trump often promised to “completely repeal” the Affordable Care Act, widely known as ObamaCare. That hasn’t happened – despite multiple legislative attempts – but Trump has dismantled portions of the landmark health care law throughout his presidency. His administration rolled back the individual and contraceptive mandates, paved the way for “alternatives” to health insurance and ended certain cost-sharing subsidy payments.

Reducing North Korea’s nuclear arsenal: Trump said he would talk to North Korean leader Kim Jong Un regarding his nuclear arsenal during the campaign – and the pair did meet in June 2018. However, there’s been little tangible progress on the vague denuclearization agreement the two reached at that meeting in Singapore. In fact, since then, several private analysts have published reports detailing continuing North Korean development of nuclear and missile technology.

Reversing Obama’s Cuba policies: During the campaign, Trump promised to roll back the “concessions” his predecessor gave to Cuba. In 2017, Trump reinstated some restrictions, but largely left many of Obama’s measures in place.

Building a border wall with Mexico’s money: Trump’s two-year anniversary comes amid the nation’s longest-ever government shutdown as he and Democrats are at an impasse over funding for a border wall. The president has demanded more than $5 billion for the wall, which was one of his most oft-touted campaign promises. Trump also repeatedly said Mexico would pay for the wall. It remains unclear whether Trump will make progress on building more sections of a border wall during his time in office, but he has seemingly acknowledged Mexico won’t directly pay for the project (though the president still maintains that money resulting from a new trade pact with Mexico can still cover costs).

Ending funding to sanctuary cities: Trump said he would block federal funds from going to so-called sanctuary cities – places that limit how much local law enforcement can cooperate with federal immigration authorities – during the campaign. He tried to do so with an executive order, but it’s been blocked in court.

Establishing Kate’s Law: Trump said one of his first moves would be to request Congress pass “Kate’s Law,” which would increase punishments for illegal re-entry into the U.S. The bill, named for the woman who was fatally shot by an undocumented immigrant in 2015, passed the House but not the Senate.

Bringing back harsh interrogation methods: Trump said he would approve “in a heartbeat” waterboarding as a form of interrogation. So far he hasn’t implemented a policy change (Obama banned the method during his presidency), and Trump’s CIA director has said torture doesn’t work as an interrogation technique.

I guess he didn’t get to keep those promises because he was too busy working on these other 200 accomplishments:
The list:

Sponsored Content
2019-01-19
Jim Clayton
0
Previous: Trump Floats Immigration Compromise As Supreme Court Considers DACA Appeal
Next: Trump To Pelosi: I’ll Get Back To You Soon’ On State Of The Union