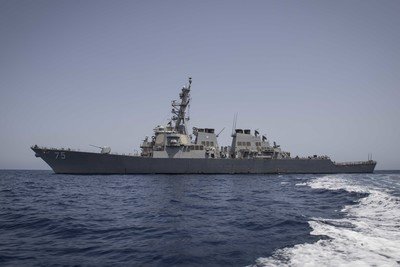 Marine Corps Col. Donald Cook wasn’t in Vietnam long before he was captured, but the nearly three years he spent as a prisoner of war defined his legacy and earned him the Medal of Honor.

Cook was born in Brooklyn, New York, in August 1934. He worked summers at a naval shipyard in college before graduating in 1956. Within a year, he was commissioned as a second lieutenant in the Marine Corps Reserve.

Fluent in several languages, Cook worked in intelligence and interrogation for years before volunteering to go to Vietnam in December 1964.

Cook was in Vietnam for only 18 days when he was captured on Dec. 31, 1964. During the Battle of Binh Gia, he was shot and passed out from blood loss, so Viet Cong fighters took him prisoner. He and several other POWs were passed around to various primitive camps.

During nearly three years of captivity, Cook took responsibility for the men around him, despite the harsher treatment brought upon him. He shared his food and small amounts of medicine with other prisoners and took care of them when they were struggling, despite his own deteriorating health due to exposure, deprivation, malnutrition and disease. Even then, Cook refused to stray from the U.S. Military Code of Conduct, despite enemy efforts to break his spirit.

Cook’s resolve in the face of certain death earned him the deepest respect of the POWs around him, as well as that of his captors. His loyalty and adherence to American values went well beyond what was expected of him, and they inspired his fellow POWs to endure and survive.

The Viet Cong reported that Cook died of malaria in early December, 1967. He was 33 years old.

For his intense ability to lead, resist and survive, Cook was awarded the Medal of Honor — the only Marine in history to earn it as a prisoner of war.

Cook continues to be revered to this day. In 1998, the Navy commissioned the USS Donald Cook, a guided-missile destroyer that was named in his honor.

A park near his childhood home was dedicated to him in 2012. In 2014, a building at the Defense Language Institute Foreign Language Center in Monterey, California, was named Cook Hall to honor him. Cook had studied Mandarin Chinese there prior to his Vietnam deployment.

May we all remember Cook’s bravery when faced with adversity.

The weekly “Medal of Honor Monday” series highlights the more than 3,500 Medal of Honor recipients to have earned the U.S. military’s highest medal for valor. The nation is forever in their debt.