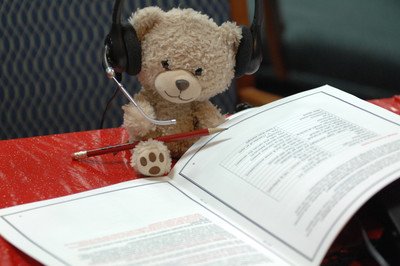 Tracking Santa on his trek across the world has been a holiday tradition for many American families for decades, but did you know that it all started because of a mistake?

Kids across the U.S. have grown accustomed to keeping track of the big guy’s journey through the North American Aerospace Defense Command Santa Tracker. They can track his flight path online, watch video of his progress through apps or just make a good old-fashioned phone call to find out where he is.

But the whole thing wasn’t cooked up by some NORAD supergenius. It turns out it only got started because of a misprint in a newspaper advertisement.

How the Tradition Began

Sixty-three years ago on Dec. 24, 1955, the folks at what was then the Continental Air Defense Command Operations Center in Colorado were working a typical night shift when Air Force Col. Harry Shoup got an unusual phone call.

“This call wasn’t from the president or a general. It was from a young child in Colorado Springs who was following the directions from a local department store advertisement printed in the local newspaper,” said NORAD spokesman Preston Schlachter. “The youngster wanted to know the whereabouts of Santa Claus.”

Apparently, the newspaper ad was from Santa telling children to call him directly at the number on the page — except the number was wrong. It rang into the CADCOC instead.

Shoup answered the first call that came in. He could have been a Scrooge about it, but he wasn’t.

“He talked to the parents and assured the child that Continental Air Defense Command would keep Santa safe during his Yuletide journey,” Schlachter said.

Throughout the night, Shoup had his operator report Santa’s location to every child that called in. Thus began the tradition, which rolled over to NORAD when it was formed in 1958, and it’s been getting more popular and more technologically savvy ever since. Aside from calling in to talk, kids can now email, Skype, Twitter, Facebook and use apps to follow Santa. Even OnStar is helping to track him.

Tracking Santa is a big task that begins in November when NORADSanta.org starts getting inquiries from families. About 70 government and nongovernment contributors help set up the site, apps and phone lines, while more than 1,500 uniformed personnel, Department of Defense civilians and their families volunteer time on Christmas Eve to answer the children’s questions on Santa’s whereabouts.

Schlachter said more than 200 countries and territories visit the website. In 2017, it got 18 million page views, and the Facebook page had 1.75 million followers. The NORAD Tracks Santa program also received 126,103 calls and answered 2,030 emails, and OnStar received 7,477 requests to locate Santa.

“I think it’s an important tradition. We’re happy to be part of that family experience,” Schlachter said.

The call center opens at 6 a.m. EST Dec. 24. Kids can call 1-877-Hi-NORAD (446-6723) or email [email protected] to find out where he is. But NTS officials warned that Santa only comes if children are asleep, so make sure they get into bed early so he doesn’t miss your house.

Have fun tracking him, and be sure to leave some carrots for the reindeer with Santa’s milk and cookies! 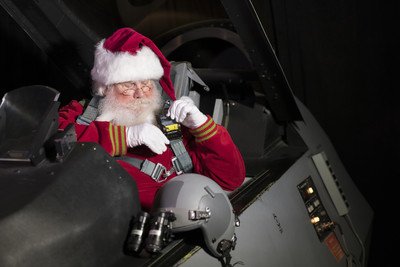