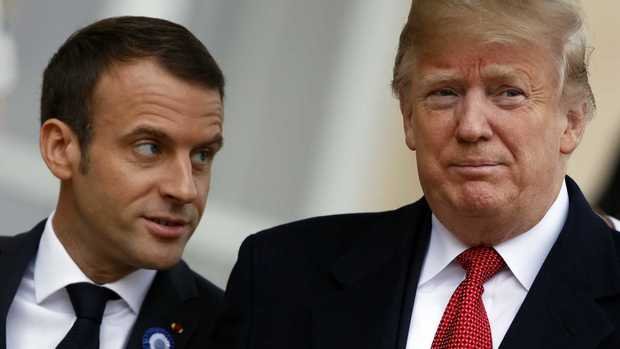 President Donald Trump lashed out over his recent trip to Paris in a series of tweets Tuesday, blaming the Secret Service for his canceled visit to a cemetery for fallen U.S. soldiers in France on Saturday.

“By the way, when the helicopter couldn’t fly to the first cemetery in France because of almost zero visibility, I suggested driving. Secret Service said NO, too far from airport & big Paris shutdown. Speech next day at American Cemetery in the pouring rain! Little reported-Fake News!” — Donald J. Trump (@realDonaldTrump) November 13, 2018.

The president said on Twitter, while also complaining people didn’t report on his Sunday speech during the rain.

Trump’s rainy Sunday speech was widely reported, but his attacks on France — including a tweet that proposed modifying wine tariffs — come after the president faced international criticism for both his self-declared nationalism and Saturday’s canceled cemetery visit. Tuesday also marks the anniversary of the devastating terror attacks across Paris three years ago.

French President Emmanuel Macron and German Chancellor Angela Merkel traveled a similar distance by car to another commemorative event, and White House chief of staff John Kelly and Gen. Joseph Dunford, the chairman of the Joint Chiefs of Staff, did make the roughly 50-mile long drive that Trump now says the Secret Service barred him from joining.

In his tweets, the president continued to upbraid Macron for calling for a “true European army” in a radio interview prior to Trump’s arrival in Paris Friday, and pushed back on Macron’s declaration that “nationalism is a betrayal of patriotism.”He also suggested Macron’s remarks were an attempt to distract from his low approval ratings in the country.

Speaking steps from Trump and 80 other world leaders on Sunday, Macron said: “By saying, ‘Our interests first, who cares about the others,’ we erase what a nation holds dearest, what gives it life, what gives it grace and what is essential: its moral values.” His speech was interpreted by many as a rebuke to Trump, who proudly declared himself a “nationalist” on the campaign trail in October.

Trump later tweeted “The problem is that Emmanuel suffers from a very low Approval Rating in France, 26%, and an unemployment rate of almost 10%. He was just trying to get onto another subject. By the way, there is no country more Nationalist than France, very proud people-and rightfully so!.”.

Actually, there is no difference between nationalism and patriotism. Nationalism is love for one’s country and believes it should be No,1 which the U.S. always was and still is although many Globalists like Obama and Hillary and George Soros are trying to bring it down to be equal to everyone else.

In a recent article by Ben Shapiro, he states, “Patriotism is a philosophy of national values: It is a statement that your nation has values that are eternal, true and noble. American patriotism prizes God-given individual rights protected by limited government. Were America to lose God-given individual rights protected by limited government, it would no longer be America. But patriotism doesn’t mean that it is the job of America to spread our values everywhere else to the detriment of our own national strength. Our patriotism encompasses American nationalism: We believe that America must come first so that America can be strong enough to promote her values where appropriate.”

Macron is just pissed that Trump is putting a stop to other countries walking all over us and taking advantage of us.

Meanwhile, fires are burning at a rapid pace in California all over the state leaving hundreds homeless and their houses burned to the ground and so far 40 dead accounted for with hundreds still missing. 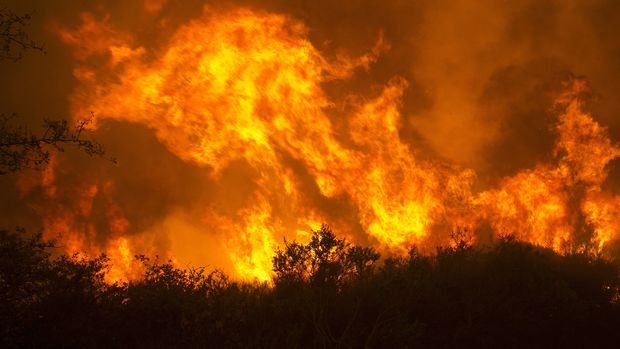 Everyone is looking for someone to blame and environmentalists like Gov. Jerry Brown and rocker Neil Young blame climate change and blame Trump for being a climate change denier. This is utterly insane and absurd. To these environmental liberals and liberals in general everything is Trump’s fault. If the dog bites and bee stings or you stub your toe it’s Trump’s fault.

Trump said it was because of mismanagement of the forests and threatened to take away aid from the forestry association. He is right. If we go back to the Clinton era we find that Clinton declared these forest areas national monuments which means you couldn’t build any roads through there so emergency workers could get in there if a fire arose. Since that time millions of dead brush and trees have accumulated. According to the Wall Street Journal Editorial Board, “130 million trees died in California between 2010 and 2017 due to drought and bark beetle infestation leaving forests vulnerable to these fires we are seeing now. The federal government has prevented these areas from being cleared.” 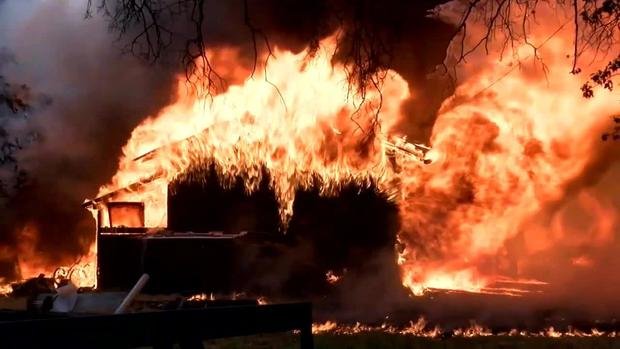 The Editorial board goes on to say that the endangered species act and national Environmental policy act have hampered tree clearing and controlled burning and timber sales on federal land. To burn leaves and tree limbs landowners must obtain air quality permits.

So once again Trump is right. It is mismanagement by government officials causing these fires. Shame on them all.

"You look so comfortable up there under shelter as we're getting drenched, you're very smart people" – Donald Trump thanks the Second World War veterans at the Suresnes American Cemetery #LestWeForget pic.twitter.com/zytIBPFXlb