Because of the unified efforts of America’s turkey farmers and processors, the federal government and retailers, U.S. consumers can have greater confidence than ever in the safety of the turkeys they consume at Thanksgiving and throughout the year. Those same consumers can rest easy knowing they have ultimate control in the fight against foodborne illness. Shelley Feist, Executive Director of the Partnership for Food Safety Education, encouraged holiday cooks to follow four simple steps – clean, separate, cook, chill – to help guarantee a safe and healthy holiday meal:

This message is especially important in light of reports from the U.S. Department of Agriculture (USDA) and the Centers for Disease Control and Prevention (CDC) that some have been sickened by a strain of Salmonella Reading that may be associated with raw turkey.

America’s turkey farmers have made controlling and reducing all forms of Salmonella in turkey products a top priority. Salmonella is a naturally occurring organism found on many meat and poultry products. There are more than 2,000 serotypes (strains) of this bacteria, and only a handful are known to cause illness in people.

“All raw foods – meat, poultry, fruits and vegetables – can have naturally occurring bacteria,” said Joel Brandenberger, President of the National Turkey Federation. “That’s why turkey producers work closely with each other, and our partners in the federal government, to aggressively tackle any food safety issues as they arise.”

“Food safety is a non-competitive issue among turkey companies,” Brandenberger continued. “Producers share information with each other and food safety officials about techniques and practices that are most effective in reducing harmful bacteria on products.  Nothing is more important than the safety of the food we produce.”

As soon as USDA and CDC made the turkey industry aware of the possible link between SalmonellaReading illnesses and turkey, the industry went into action. More than 20 turkey companies representing virtually all U.S. turkey production formed a task force charged with developing strategies to control this strain. Companies participated regardless of whether they sell raw turkey products or whether Salmonella Reading had ever been found in their turkeys.

“Turkey producers have focused on controlling Salmonella and other potentially harmful bacteria for decades now, and government testing shows we have been highly successful in reducing the overall prevalence of this bacteria on whole turkeys,” Brandenberger said. “We are now focusing additional attention on this specific strain, and the industry once again has come together to meet the challenge. Our task force is researching specific techniques, interventions and other strategies for addressing all strains of Salmonella, including Reading. Some programs are already in place, and additional recommendations will be forthcoming.”

Brandenberger pointed out that, to date, no “magic bullet” has been found that will completely eliminate Salmonella on the farm or in processing plants. The only way to eliminate Salmonella and other potentially harmful bacteria is through proper preparation and handling of meat and poultry products.

Support Conservative Daily News with a small donation via Paypal or credit card that will go towards supporting the news and commentary you've come to appreciate.
Tags
Thanksgiving Turkey 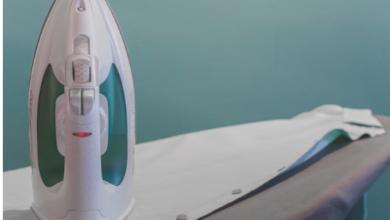