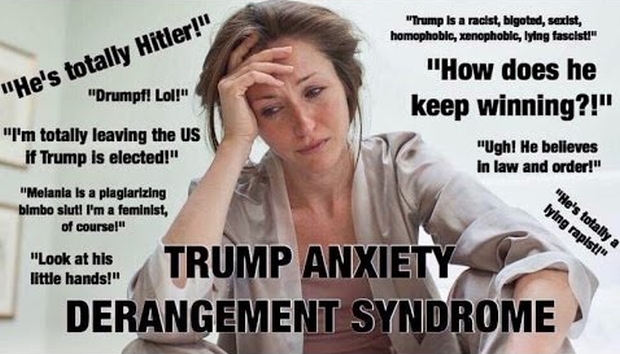 I’ve often said that actors and entertainers are great at what they do, but when it comes to politics they are political morons. This is even more relevant in the age of Trump where their minds have become so unhinged it is dangerous to those around them.

These actors and Singers and many anti-Trump critics are all suffering from what is known as Trump Derangement Syndrome (TDS) an airborne phenomena spread by casual contact of constant lies by the media about president Trump which one automatically believes of which there is no known cure except to accept that Trump is your president and want to make America great again and No.1 in the world.

Tamblyn, who has starred in such films as “The Sisterhood of the Traveling Pants,” said during a panel discussion at the Vulture Fest in Los Angeles that she considered giving up her own baby for adoption in another country when it sunk in that Democrat Hillary Clinton had lost on election night.

Tamblyn’s story is reportedly part of an upcoming essay collection she wrote called “Era of Ignition: Coming of Age in a Time of Rage and Revolution.”

The actress said of understanding that Trump would become America’s next president, “A dark realization swallowed me: I was going to bring a baby into this world. And not just any baby: a girl.” She considered giving up her child in Canada or Sweden — to avoid Trump’s presidency. Tamblyn’s daughter was born in February of last year. The actress did not put her up for adoption.

Good grief!! The minds of the easily manipulated. I could sell this woman some good swamp land in Florida!

Tamblyn shares her child with David Cross, an actor and comedian who is just as far-Left as she is. Cross, who is most well known for starring in the television show “Arrested Development,” reportedly joked in August during a show at the University of Utah about murdering President Donald Trump.

The day after Trump’s victory in the presidential election, Tamblyn said she experienced a panic attack and thought for a moment that she was going into labor in a subway station after she collapsed on some stairs.

No wonder these people are so easily manipulated and controlled by the left.

Another one is that famous lib and activist Barbara Streisand who is looking more and more like a cat these days.

Streisand has a new album out with protest songs about Trump. “I don’t want to go into politics. I don’t think I’m articulate enough and it’s too late for me. I like my garden too much. I like staying home. I like privacy. I like writing my book… sort of.” She said in a recent interview. She’s talking about her autobiography, which has been in the pipeline for four years. ‘I’m trying to convince the publisher to do it in two volumes now.’

She says she doesn’t like going into politics yet she does a whole album of protest songs about Trump. Typical lib hypocrite.

’Barbra says she loves eating. ‘I hate exercise and I love to eat,’ she says.

‘I love food too much. I eat when I’m sad, I eat when I’m happy. This president made me anxious and hungry for pancakes. Buckwheat pancakes. I had to put butter on them and maple syrup to ease the pain.

‘People don’t realize what food does for you. It makes you feel good. Jason [her son with actor Elliott Gould] brought me pancakes recently from a great place. They’re made of oatmeal but obviously, they have sugar in them and that’s why they taste so good. They’re very soothing to the brain.’

There’s a lot of anger in the album. ‘Oh yes,’ she says. ‘I believe in truth and that if I’m truthful in what I’m singing about that comes across as being passionately upset with what is happening to my country. 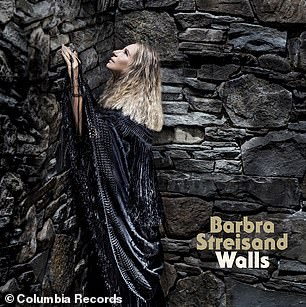 I  love my country and it’s painful to see democracy being assaulted, institutions being assaulted and women being assaulted.’ We digress to the topic of women’s abortion rights and the possibility that they could come under threat following the appointment of Trump-nominated judge Brett Kavanaugh – a Catholic – to the Supreme Court.

Obviously, some women cast their ballots for Trump in the presidential election, but why would they vote for a man who doesn’t let them control their own bodies? ‘It’s a terribly complex thing,’ says Barbra.

‘A lot of women vote the way their husbands vote; they don’t believe enough in their own thoughts. Maybe that woman who’s so articulate, so experienced and so fit for the presidency [Hillary] was too intimidating.

‘Perhaps she made women feel unsuccessful. All of this was so devastating to me and I was heartbroken, so I wanted to write about it, sing about it and deliver an album. It was perfect timing, so I just did it.’

Barbara Hillary may have been intimidating, which she is, but she was also a flawed corrupt candidate in every sense of the way who wants total control over the population with her on top. This has always been her lifelong ambition, ultimate power. As far as the Supreme Court goes, libs love to legislate by the bench and not the rule of law. The Supreme Court doesn’t make the laws they just interpret the laws and pass it down to the states. Trump is giving power back to the people, he’s putting more money into their paychecks,  he’s bringing companies overseas back here thus creating more jobs for people. Trump’s created four million new jobs and has gotten people off of welfare and back working again. He’s having the lowest unemployment rate in the last 50 years and the lowest in history among blacks, Hispanics and women. There are currently more jobs than there are people looking for them. You wouldn’t have any of that under Hillary. She and her dem cohorts like people unemployed that’s how they gain power by having people dependant on government. Trump is moving people from dependency to independence.

Barbara, you say you love your country. I think you should open your eyes and reevaluate that love and come out of the darkness and into the bright side. Trump is not the darkness you think he is. You are being used by the left like the useful idiots under Stalin and Hitler in Germany. You say you don’t do politics then don’t criticize what you don’t understand. 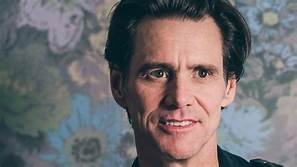 Which brings us to the next case of a severe case of Trump Derangement Syndrome, the infamous Jim Carrey.  Carrey is a washed-up comedian who has taken to doing insane paintings filled with hate and rage against Trump and his family. He is a very unstable person and uses vivid colors like reds, blacks, greens and yellow in his paintings along with jagged lines. According to my limited readings on psychology, this is symptomatic of a very unstable person who can lash out at any moment. If he’s going to lash out I guess it’s better he does it in painting rather than lashing out at someone on the street.  Jim if you hate Trump so much why don’t you move back to Canada where you came from along with all the other celebrities who said they would move out of the country if Trump was elected, but never did. The only one who made good on that promise was Madonna when she moved to France. Carrey has been medically diagnosed in the past as a person with serious mental conditions.

What planet are these people living on that they are so weak minded and believe anything that is told to them by dark forces or the opposition that wants to enslave the population with big government? Their minds are like computers information in and information out believing what is told to them without question and without any reason. Trump Derangement Syndrome for sure.

To all you celebs suffering from TDS,  like they say on Sean Hannity’s show. Freedom is back in style.Welcome to the revolution!!!