When several pipe bombs were discovered mailed to prominent political figures like Hillary Clinton, Eric Holder and CNN pendants right away started blaming the rhetoric Trump uses at his rallies. Never mind that when Steve Scalise was shot Hillary compared the Republicans to the Taliban, Never mind that last week she said we won’t be civil until we’re back in power, never mind that Eric Holder said “When they go low we kick them” never mind that Maxine Waters told her followers to mob up and confront republicans wherever you find them and get in their faces whether it is in a dept. store, restaurant or gas station and tell them they are not wanted.  Madonna says she dreams a lot about blowing up the White House, Kathy Griffin holds up a severed head of the president, Andrew Cuomo says conservative extremists are not allowed in the state of New York, No surely it can’t be rhetoric from them, it must be Trump.

Now that the tables are turned and it is their people who are threatened they sing a different tune. Hillary is now calling for civility and everyone uniting and getting together, Andrew Cuomo is saying similar things about unification from both parties. Their hypocrisy is so blatant.

Limbaugh openly questioned why any right-winger would be behind such an operation when Republicans have been dominating politically and such acts would only work to hurt the party. Implying some sort of left-wing operation, Rush asked if “these bombs were intended to be discovered in screening” and not actually meant to cause harm to the individuals addressed on the packages.

“Were these bombs intended to be discovered in screening?” asked Limbaugh. He also questioned how “someone smart enough to make a bomb” could be “dumb” enough to think such packages would actually be sent to Soros or Obama.

“It would, however, make sense if a Democrat(s) were behind the devices,” suggested Limbaugh. “ Everything has backfired on the Democrats, from their wild tactic with now Supreme Court Judge Brett Kavanaugh to their uptick in “mob” tactics,” he noted.

“Would it make a lot of sense for a Democrat operative or Democrat-inculcated lunatic to do it? Because things are not working out the way they thought,” he said, adding, “Things that are supposed to cement it, like the Kavanaugh trick backfires, and these mobs are backfiring. They are not achieving their objectives.”

“What sense does it make for a conservative Republican to gum up the works here by sending a bunch of bombs that are not gonna go off and that are gonna be discovered? It doesn’t make any sense in any way, shape, manner, or form,” emphasized the radio host.

Limbaugh then read the following tweet from freelance journalist Alessandra Bocchi: “As a journalist, my job is to be skeptical. Terrorist attacks are committed during times of desperation, not victory. People who’ve won against Obama/Clintons/Soros have no reason to attack them now, when they’ve all but become irrelevant.”

“I asked it just a moment ago: Who on our side’s worried about the Clintons? We’re laughing at ’em. A nationwide stadium tour with Bill and Hillary? Are they gonna have the ‘Bimbo Eruption Section’ where those babes get comped? And Obama? Folks, Obama? I’m telling you, he can’t draw crowds. He’s out there trying to claim credit for this economy when he wouldn’t know how to create it!” he continued. “In fact, the Democrats are the people that have people on their side that love bombs! Bill Ayers! One of Obama’s buddies, in fact. I’m not saying that there’s any connection. Do not misunderstand me.

“There are no coincidences with [the Clintons],” posited Limbaugh.

“In fact, you know, you say these are all deep state players — Soros, Bill and Hillary, Obama and so forth. It is curious. They’re not even on the radar in the midterms when you get down to it, other than they’re trying to get themselves on the radar. But see, that’s the thing. They’re trying to get noticed,” he said. “The Clintons desperately need to be noticed all the time, and Obama is trying to recapture some glory, trying to show everybody he can still move the needle. It isn’t working.”

Rush’s theory makes a lot of sense. A democrat operative planting makeshift bombs that are not planned to go off but make it seem like a Trump supporter would do it. Who’s going to send all those bombs to all those prominent people to NOT have them blow up?

However there are also a lot of insane people out here and the rhetoric coming from these dems is enough to have someone go off the deep end and go ballistic and want revenge for hitting on the Republican side and not reacting so they decide to take things into their own hands and throw a scare into these dem leaders for revenge.

So who really is responsible for inciting political violence? Surely it is impossible it’s the rhetoric of the left because to them if the dog bites or the bee stings or you stub your toe it must be Trump’s fault. 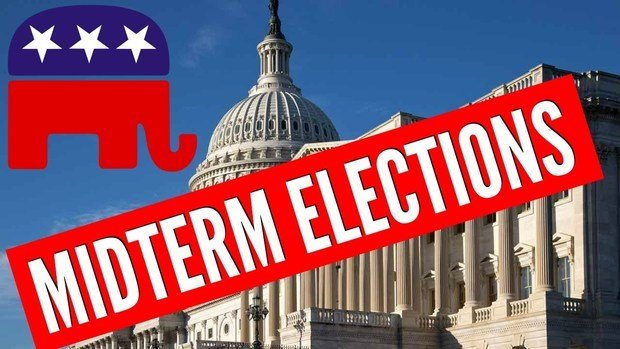 Support Conservative Daily News with a small donation via Paypal or credit card that will go towards supporting the news and commentary you've come to appreciate.
Tags
2018 bomb scare bombs