Donald Trump held one of his legendary Make America Great Again rallies in Mesa, Arizona [Full Video] Friday night and, as usual, the crowd was massive. 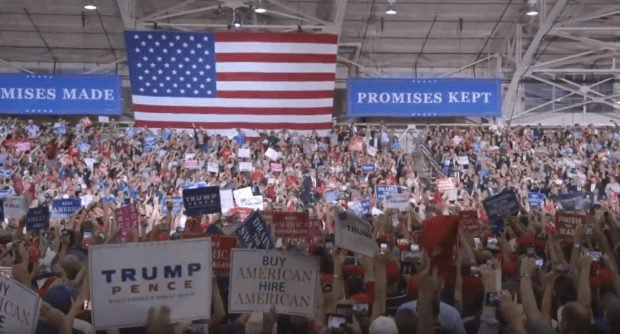 The Mesa Police Department estimated the crowd to be over 40,000 people. As the venue maxed out at 35,000 the remainder watched from outside. Note that there isn’t just one over-capacity crowd (foreground), but that there are two additional crowds in the far upper parts of the video. That is massive.

During the rally, the president again endorsed Republican Senatorial candidate Martha McSally, then brought her up to speak. 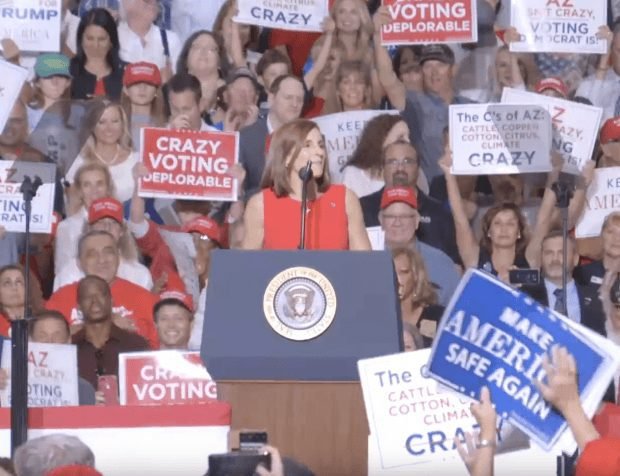 Here’s a picture of the entire Arizona Republican contingent that went to the rally. Of course, Sen. Jeff “Flake” didn’t make it.

The over-capacity crowd is illustrative of the overwhelming enthusiasm within Trump voters. Earlier this week, Trump had to move his Houston, Texas rally to a much larger venue because of the massive demand for tickets.

If you missed it, CDN has posted several video streams of the event HERE.