Trump has called the media “the enemy of the people” and I couldn’t agree with him more. I’m a former newspaper journalist and was always taught to get both sides of a story and be objective. Over the last couple of decades about 40 years, they have been slowly getting one sided towards the left and an arm of the democrat party and manipulating the stories to fit their needs to their liking. And that is a crying shame.

They can take a good person like Trump who is very benevolent, caring and hardworking and helps people and loves this country and make him look like an evil villain while they take an evil, self-centered, greedy self-serving person like Hilary and make her look like the best thing that happened. With them what is good has become bad and what is bad has become good.

Before becoming president, Trump worked hard day and night to get where he is and wants others to be successful like him and shows what they can become if they work hard for it. He has paid off people’s mortgages for them that were in dire need.  He has set up trust funds in his name for people’s kids who couldn’t afford it, he’s paid people’s hospital bills for them, he once flew a young boy hooked up to machines to a hospital in New York on his private jet when a normal plane couldn’t carry him. As President  he’s giving everyone tax breaks, he’s putting people back to work again, has the lowest unemployment in 50 years and is getting countries to respect us again including getting  North Korea to denuclearize and for all this the media vilifies him 24/7 just because they lost an election and can’t have their way.

Hillary, on the other hand, is a mean, cold hearted person who throws ashtrays and vases at her husband Bill, screams a lot when she addresses a crowd and talks loud and has a vile mouth and temper that the press hides.  When she started out she lashed onto Bill when she found he was going places, followed him around wherever he went and then took over when he got there. Remember her saying “With one you get two” when he was elected and she took over? She manipulates people and moves them around like chess pieces for her own needs then discards them like yesterdays garbage when she’s done. If she were president it would be a national nightmare for this country with this woman run amok. Remember from nightmares you can awake and from a nightmare if she were elected there would be no awakening. China and North Korea were teaming up against us and we would have gotten into to WW111, Unemployment was high and would continue  to be high because that’s how the Dems get power by having dependency on them, our hostages would not have come back, our soldier’s remains from the Korean War would not have come back  and the coal miners would be out of business likes he said she was going to do and she was going to raise taxes sky high. She has committed crime after crime that would have a normal person put away in prison for a long time but she escapes unscathed. Yet the media portrays her like the second coming.

I’m not the most religious person, but I have a strong Christian faith and really believe that Trump was sent by God to fix this country. There are too many unexplained things happening to back this up. The entire press was against him, the entire Democratic party was against him, half the Republican party was against him, they rigged the election against him and robbed it from Bernie Sanders and he still won. Now that he is in office they are throwing everything in the book at him and nothing sticks and his ratings get higher. 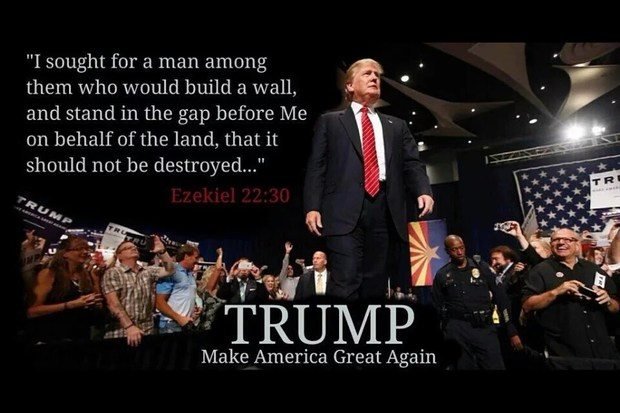