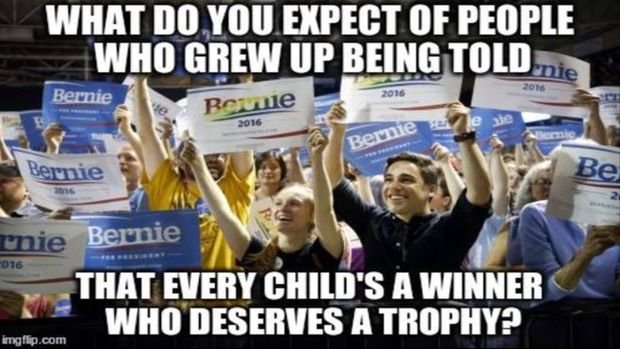 What a bunch of wimps!!!! Apparently, elections cause PTSD.

A new psychological study from San Francisco State University claims that a full quarter of millennials are suffering from bouts of post-traumatic stress disorder, or PTSD, because of the 2016 elections.

The study is by no means comprehensive — the research pool was limited to 769 students studying psychology at Arizona State University — but of those millennials chosen for the test, 25% reported experiencing “clinically significant” levels of stress, along with other symptoms of PTSD.

“The scale is used to gauge the extent to which individuals have been impacted by an event in such a way that it might lead to diagnosable post-traumatic stress disorder,” lead researcher, Melissa Hagan said in a statement released alongside the study.

“What we were interested in seeing was, did the election for some people constitute a traumatic experience?” Hagan added. “And we found that it did for 25 percent of young adults.”

Those students suffering symptoms all qualify for an official PTSD diagnosis, according to the study itself. And students who self-identified as a minority, as female, as a Democrat, or as a non-Christian reported the most significant stress levels.

If Trump’s rhetoric affects them to the point where they are suffering from PTSD which most soldiers in battle suffer from or abused women suffer from then no wonder they are called snowflakes. This comes from being coddled by lib professors and misreporting by the destroy Trump media. What are they going to do when they get out in the real world there is no safe spaces for them and a boss on the job doesn’t like what they are doing or how they are performing and criticizes them? This is what comes from having everything handed to them and not being able to fight on their own for things they want. This report comes from San Francisco State University so go figure. 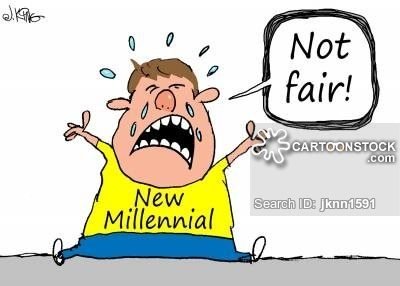 I invite these whining babies to go hang out at their local VA outpatient facility.

Maybe ask if you can sit in on a group session and hear from some of our nation’s combat veterans (veterans of a war that has been going on about as long as these overly-sensitive snowflakes have been alive), in order to listen and learn what real PTSD is all about, and how damaging it can be.

Once you’ve done that, then ask yourself whether you still think you really have PTSD as a result of the 2016 election. It’s more like a temper tantrum they are having or a good taste of Trump Derangement Syndrome.

This is what happens when you hand out trophies just for showing up!! When Mommy and Daddy shelter you from things that make you upset!! When they do everything for you!!  When professors teach you that everyone is either an oppressor or the oppressed!! The rest of us with normal upbringing are just fine!

I recently saw this comment that explains real PTSD:

As someone who actually has PTSD (thanks to the United States Marine Corps, but I’m not complaining) this is absolutely pathetic. Yeah I have PTSD, which translates into anxiety that is highly manageable. My PTSD was the result of all the stressful situations that I was exposed to in the Marines, which included witnessing the death of a recruit during boot camp, participating in countless live fire ranges and getting yelled (and sometimes roughed up) by my squad leader. I never used it as an excuse for anything nor would I ever. So let me get this straight, these weaklings have PTSD simply because of an election results? This is why I do not consider myself a millennial; even though I was born in 86′ I have nothing in common with these sniveling cowards.

If they did a little research beyond what the media tells them they would see how better off they are under Trump and pardon the expression “man-up.” They have no backbone to them which makes it easier for people like Hillary, Schumer, Pelosi and others to control them like robots.

Under trump we’ve had enormous tax breaks for families,(a couple gets a $25,000 tax cut and single person gets a $12,000 tax break and next week Trump is adding an additional 10% tax  cut to that for middle-class families),companies are coming back here which will provide jobs for them when they get out of college.

*Unemployment for all minorities black, Hispanic and Asian and women are all down to historic levels.

*No more rockets are being fired over Japan.

*Over 400.000 new jobs in manufacturing that Obama said were never coming back.

*Consumer confidence is at an all-time high.

*Four million fewer people are on food stamps and working.

*Trump has acquired 289 accomplishments in 20 months more than all the presidents put together.

Meanwhile, Obama is trying to take credit for Trump’s job approval rating and accomplishments saying they all started under him. That maybe true to a small extent, but Trump lifted 800 of Obama’s 1200 regulations and freed up all these m measures so they could happen. Do I detect a hint of ego jealousy by Obama here?

*We had the lowest labor participation rate since the 1970’s.

*Almost 95 million people out of the labor force.

*Over 43 million living in poverty.

*He was the only president in history not to reach 3% GDP growth which Obama said was the new normal we all had to accept.

* five million people lost their doctor and plan under Obama after he said you could keep them. 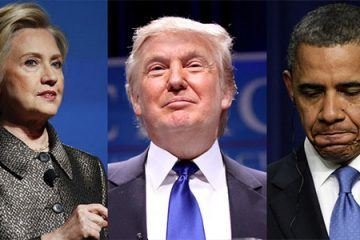 The Democrats will continue with these failed policies and worse if they get in the mid-terms. So to all you Millennials, stop obsessing and distressing over Trump and being used as useful idiots to the democrat party.  You should be rejoicing. Just open your eyes. When it comes to the mid-term elections do you want freedom or government control of your lives? To me the choice is clear. 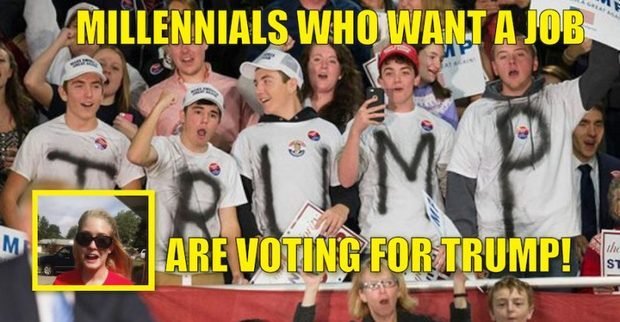 Support Conservative Daily News with a small donation via Paypal or credit card that will go towards supporting the news and commentary you've come to appreciate.
Tags
millenials PTSD