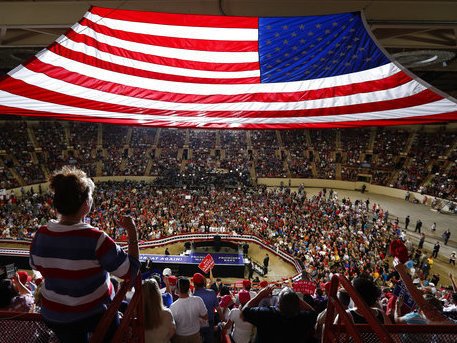 Tester put himself at the center of the Democrats’ assault on Kavanaugh when he first said that the White House prevented him from meeting with Kavanaugh ahead of the confirmation vote.

Tester, as recently as Friday, told Montana press there had been a meeting scheduled but the White House canceled. A White House official involved with Kavanaugh scheduling told Lee Montana Newspapers there was no cancellation.

“Jon misspoke,” said Marnee Banks, Tester’s communications director. “Jon looks forward to meeting with Judge Kavanaugh and remains in contact with the White House to get a meeting on the books as soon as possible.”

Tester had been at the front of the Democrats’ character assassination of White House physician Ronny Johnson during his bid to become VA Secretary. President Trump said that Tester should resign after he spread false rumors about Johnson. Tester has, time and again, shown himself to be a Pelosi kind of Democrat by issuing false accusations, with no proof, in an attempt to destroy a person’s career and character.

The NRA says that Tester’s support for the second amendment is another of his many failures.

“Actions speak louder than words,” he continued. “Downgrading Jon Tester to a ‘D’ sends a clear message to Montanans that Jon Tester can’t be trusted to protect our constitutional rights.”

Between the Kavanaugh effect, Tester’s swamp-creature lobby money, his failure to support the Second Amendment, and President Trump’s public endorsement and appearance with Rosendale, Rosendale could strip Democrats of a Senate seat if Republican voters show up at the polls.

The rally is set to begin at 6:30 p.m. MDT Thursday and tickets are available HERE. CDN will post live streams on the day of the event.

Support Conservative Daily News with a small donation via Paypal or credit card that will go towards supporting the news and commentary you've come to appreciate.
Tags
Jon Tester Matt Rosendale the 2018 Midterm Elections