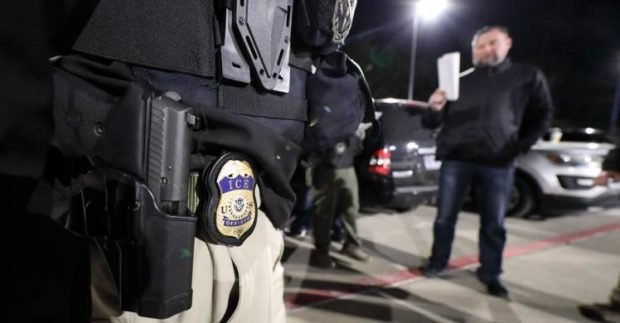 Some of the cities and towns that ERO deportation officers made arrests in during the operation, were: Bridgeport, Bristol, Danbury, Hartford, and Waterbury, Connecticut; in Boston, Brighton, Chelsea, Lowell, Lynn, Malden, Mattapan, Woburn, Revere, and Somerville, and Quincy, Massachusetts; in Brentwood, Manchester, Nashua, and Northwood, New Hampshire; and in East Providence and Providence, Rhode Island.

Most of the aliens targeted by ERO deportation officers during this operation had prior criminal histories that included convictions for crimes such as: assault, burglary, drug trafficking, possession of narcotics, discharge of a firearm, domestic violence, sexual exploitation of minor ,driving under the influence, fraud, illegal entry, hit and run, larceny, weapons possession, and sex offenses, among other charges.

“This operation has removed many dangerous individuals from the community and will help contribute to the safety and security throughout the entire region,” said Todd M. Lyons, acting field office director, ERO Boston. “Part of the ICE/ERO mission is to make our communities safer places to live in by removing criminals; operations like this do exactly that. I applaud the hard work and sheer determination of the dedicated professionals of ICE ERO Boston who make these vital operations possible.”

The following are just a few examples of the type of the criminal histories of those were arrested in this operation:

The Boston area of responsibility includes all six states within the New England region.

All of the targets in this operation are amenable to arrest and removal under the U.S. Immigration and Nationality Act. ICE deportation officers carry out targeted enforcement operations daily nationwide as part of the agency’s ongoing efforts to protect the nation, uphold public safety, and protect the integrity of our immigration laws and border controls.

During targeted enforcement operations, ICE officers frequently encounter other aliens illegally present in the United States. These aliens are evaluated on a case-by-case basis, and, when appropriate, they are arrested by ICE officers

Support Conservative Daily News with a small donation via Paypal or credit card that will go towards supporting the news and commentary you've come to appreciate.
Tags
Illegal Aliens U.S. Immigration and Customs Enforcement