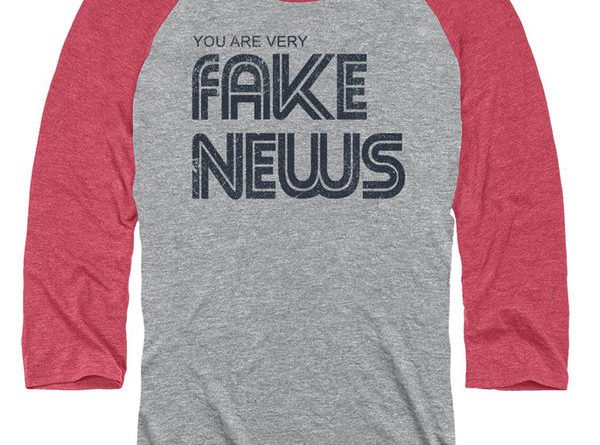 The Newseum, a museum in Washington, D.C., removed “Fake News” shirts from its gift shop and online store Saturday after receiving backlash from journalists who felt the shirt was an insult to their professions.

“We made a mistake and we apologize,” the Newseum tweeted. “A free press is an essential part of our democracy and journalists are not the enemy of the people.”

The removal came after many journalists expressed outrage over the museum’s decision. The intent of the shirts, which read, “You Are Very Fake News,” was to foster free speech.

“As a nonpartisan organization, people with differing viewpoints feel comfortable visiting the Newseum, and one of our greatest strengths is that we’re champions not only of a free press but also of free speech,” Newseum public relations director Sonya Gavankar said, according to Poytner.

One White House press corps reporter anonymously told Poytner that the Newseum should not sell any kind of product with political content.

“‘Fake news’ is a phrase that undercuts our profession and the hard-working journalists who practice the craft,” the anonymous reporter said, according to Poytner. “Selling clothing that is blatantly anti-press further promotes hatred towards journalists.”

The Newseum sells merchandise referencing various political points and even has an “alternative facts” T-shirt, according to its online store.

Support Conservative Daily News with a small donation via Paypal or credit card that will go towards supporting the news and commentary you've come to appreciate.
Tags
fake news Newseum