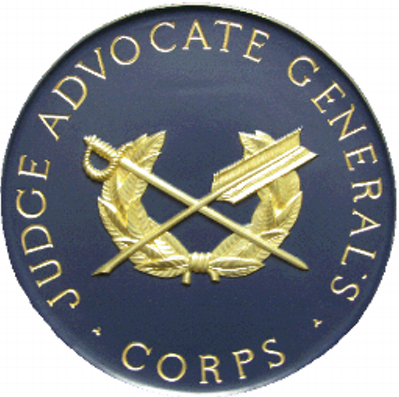 At least 21 lawyers will be detailed to Arizona, Texas and New Mexico to help with the increased caseload of immigration-related cases, MSNBC reported Wednesday night, citing internal Defense Department communications.

The military lawyers, who are supposed to have “criminal trial experience,” will be designated as full-time special assistant U.S. attorneys during a six-month temporary duty tour. They will be given a crash course in immigration law and federal criminal procedure to assist regular DOJ prosecutors in Yuma, Arizona; Las Cruces, New Mexico; and El Paso, Del Rio, Laredo and McAllen in Texas.

“The JAGs detailed as SAUSAs (Special Assistant U.S. Attorney) will be working to promote and enforce the rule of law at our borders, which is vital to protecting a nation and its citizens,” the official wrote in an email.

The Justice Department first sought applications from military lawyers last month in an effort to fill personnel gaps “while we staff up” with permanent assistant U.S. attorneys, according to Pentagon emails obtained by MSNBC. The request followed Attorney General Jeff Sessions’ April order to U.S. attorneys in border districts to prosecute as many illegal entry cases as possible — even against illegal immigrants traveling with children — as part of the administration’s border enforcement strategy.

The aggressive prosecution strategy has caused a spike in the number of migrant families being separated at the border, since federal law prohibits holding children with their parents in criminal detention facilities. Between May 5 and June 9, more than 2,300 migrant children were separated from family units that were caught crossing the border illegally, according to Customs and Border Protection statistics released Tuesday.

Though family separation has been used by previous administrations, President Donald Trump has come under particularly intense criticism for employing the tactic as part of his broader crackdown on illegal immigration. Left-wing activists and Democratic opponents — as well as some lawmakers in Trump’s own party — have denounced the policy as inhumane and unnecessary.

After several days of outrage, Trump signed an executive order on Wednesday requiring the government to keep families in immigration detention together while the adults are prosecuted. The decision reversed Trump’s previous insistence that Congress alone could address the issue of family separation.

It remains unclear how the order will be interpreted in light of the Flores consent decree, a federal court settlement that prevents the government from detaining migrant families together for more than 20 days. Nor has the administration elaborated on how it will accommodate the expected crush of migrant families that will need to be housed while they go through criminal and asylum proceedings.

Immigration and Customs Enforcement currently has a combined total of just 3,000 beds in two large family detention centers in Texas and a smaller one in Pennsylvania.

Similarly, the Department of Health and Human Services (HHS), the federal agency responsible for housing and caring for unaccompanied alien children, says it has run out of space — the agency already holds 10,000 migrant children in its network of 100 shelters. HHS is currently scouting military bases that could be used as temporary holding facilities.