Trump is doing so much good for the country with donating his salary, tax cuts for everyone and giving people their money back that Obama and the Clintons took, jobless claims at a 49 year low, incomes up the most in five years, manufacturing is expanding at its’ fastest pace since ‘04, the economy is soaring and all you hear are insults from the media and dems. Trump cares about the country, but these people obviously do not otherwise they would pitch in and help. They still haven’t gotten over that they lost and are out of power and like little kids they keep throwing tantrums to get their way. Hillary is still coming up with excuse after excuse as to why she lost, so many in fact that I have lost count after 50.

Besides donating his $400,000 yearly salary quarterly to some worthwhile organization Trump also just announced that he is donating his offshore  2017 profits  to the U.S .treasury to offset the national debt. Now he does not have any other expenses to worry about as POTUS, he has a small staff compared to his predecessors and no need for extra staff drawing salaries, his wife as FLOTUS also gets staff allowance and has far less than Michelle O. had thus saving us many dollars there.

Bill & Hill exploited the system and took as much mony as they could from us tax payers and lined their own pockets with it, in a sense they were committing Grand Larceny which is a jailable offense. One more to add to Hillary’s long list of crimes against the country.

The usual ingrates came out in droves to bash the president for giving his money away to We the People. I was unable to find a single source that showed the least bit of gratitude for this gesture.

Giving away his family’s money is not something President Trump had to do. He did it to prove that there was no conflict of interest. His children are managing the properties and that money is rightfully theirs. I believe any sane judge would see it that way.

So, not only is President Trump giving away his salary to charity, he is now donating all of his companies’ offshore profits to pay down the national debt and all we hear are insults.

FOX Business reports The Trump Organization said Monday it has made good on the president’s promise to donate profits from foreign government spending at its hotels to the U.S. Treasury, but neither the company nor the government disclosed the amount or how it was calculated.

Ethics experts had already found problems with the pledge Trump made at a news conference held days before his inauguration because it didn’t include all his properties, such as his resorts, and left it up to Trump to define “profit.” The pledge was supposedly made to ameliorate the worry that Trump was violating the Constitution’s emoluments clause, which bans the president’s acceptance of foreign gifts and money without Congress’ permission.

Several lawsuits have challenged Trump’s ties to his business ventures and his refusal to divest from them. The suits allege that foreign governments’ use of Trump’s hotels and other properties violates the emoluments clause.

Trump’s  attorneys have challenged the premise that a hotel room is an “emolument” but announced the pledge to “do more than what the Constitution requires” by donating foreign profits at the news conference. Later, questions emerged about exactly what this would entail.

An eight-page pamphlet provided by the Trump Organization to the House Oversight Committee in May said that the company planned to send the Treasury only profits obviously tied to foreign governments, and not ask guests questions about the source of their money because that would “impede upon personal privacy and diminish the guest experience of our brand.”

If you want to play this game, we must start with the Clintons and move backward and forward from there. Here’s just one example:

In January 2015 a group of Haitians surrounded the New York offices of the Clinton Foundation. They chanted slogans, accusing Bill and Hillary Clinton of having robbed them of “billions of dollars.” Two months later, the Haitians were at it again, accusing the Clintons of duplicity, malfeasance, and theft. And in May 2015, they were back, this time outside New York’s Cipriani, where Bill Clinton received an award and collected a $500,000 check for his foundation. “Clinton, where’s the money?” the Haitian signs read. “In whose pockets?” Said Dhoud Andre of the Commission Against Dictatorship, “We are telling the world of the crimes that Bill and Hillary Clinton are responsible for in Haiti.”

Haitians like Andre may sound a bit strident, but he and the protesters had good reason to be disgruntled. They had suffered a heavy blow from Mother Nature, and now it appeared that they were being battered again — this time by the Clintons. Their story goes back to 2010, when a massive 7.0 earthquake devastated the island, killing more than 200,000 people, leveling 100,000 homes, and leaving 1.5 million people destitute.

The deal provoked outrage in the Haitian Senate. “Neither Bill Clinton nor the brother of Hillary Clinton are individuals who share the interest of the Haitian people,” said Haitian mining representative Samuel Nesner. “They are part of the elite class who are operating to exploit the Haitian people.”

Is this too harsh a verdict? I wouldn’t go so far as to say the Clintons don’t care about Haiti. Yet it seems clear that Haitian welfare is not their priority. Their priority is, well, themselves. The Clintons seem to believe in Haitian reconstruction and Haitian investment as long as these projects match their own private economic interests. They have steered the rebuilding of Haiti in a way that provides maximum benefit to themselves.

Now a major university is offering a class on impeaching Trump.
The impeachment of Donald Trump is the sole focus of a college course being offered at San Diego State University, according to a watchdog group that was the first to report on this new course offering. Despite Trump’s name appearing in the title of the course, the course is described as covering the impeachment process in this nation, reports Fox & Friends on their Wednesday morning show. This title of this educational offering is called “Trump: Impeachment, Removal or Conviction?” So it appears there is no question on the direction the professor plans to go with this university course

Heaven forbid should a University have dared to offer a course on Impeaching and Convicting Obama, that University would have lost all federal and state support and been shut down.

Trump  is also getting strict on immigration saying he only wants merit immigration and not open borders which is why he’s fighting for the wall. 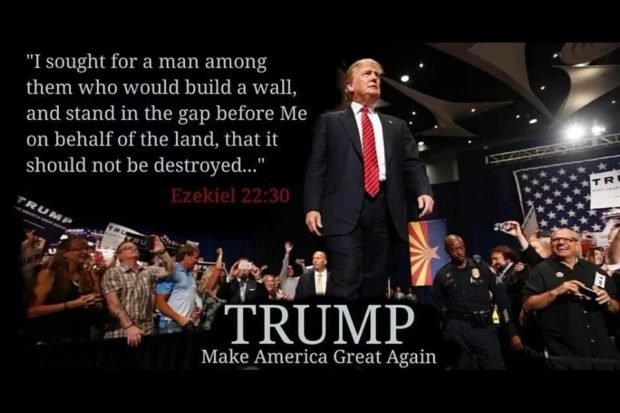 President Barack Obama never missed an opportunity to remind us that we were a “nation of immigrants. Is that supposed to mean that we just erase our borders and let anyone and everyone flow in, unimpeded, unvetted, and unwatched? President Trump vowed to do away with that nonsense propaganda that takes an obvious fact about the history of American diversity and turns it into a political weapon. This week, the U.S. Citizenship and Immigration Services revised its Mission Statement to reflect the new dawn of sensible thinking about migration (and boy, has it angered the left).

The old, Obama version of the statement: “USCIS secures America’s promise as a nation of immigrants by providing accurate and useful information to our customers, granting immigration and citizenship benefits, promoting an awareness and understanding of citizenship, and ensuring the integrity of our immigration system.”

President Trump vowed to do away with that nonsense propaganda that takes an obvious fact about the history of American diversity and turns it into a political weapon. This week, the U.S. Citizenship and Immigration Services revised its Mission Statement to reflect the new dawn of sensible thinking about migration (and boy, has it angered the left).

The new, Trump-powered version: “U.S. Citizenship and Immigration Services administers the nation’s lawful immigration system, safeguarding its integrity and promise by efficiently and fairly adjudicating requests for immigration benefits while protecting Americans, securing the homeland, and honoring our values.”

Now THAT’S a difference you can sink your teeth into.

The left is naturally turning this into another, oh God, look how horrible Donald Trump is…how positively RACIST he is.   Because  that’s what they do with everything.

Our diversity isn’t our strength and our country is not made stronger by opening the doors to any and all immigrants. Our strength is derived from our freedom: Period. A freedom tempered by the democratic, but final, Rule of Law. Trump is not saying there’s anything wrong with “immigrants,” per se, or anything wrong with “diversity,” as it happens. He is merely dispensing with the left’s use of those concepts as propaganda for their socialist goals.
Recently actor Keanu Reeves had this to say about Trump surprising coming from an actor in Hollywood. Maybe after this statement he’ll be blacklisted too like Tim Allen with his show Last Man Standing or James Woods: “For Me Trump Is The Symbol Of A  Successful Man And A Role Model For Every Young American, Something That Our Nation Was Looking For Years. I Don’t Think That America Will Again Have A Leader Like Him,”

Go Keanu ,but watch who you say these things to in Hollywood. 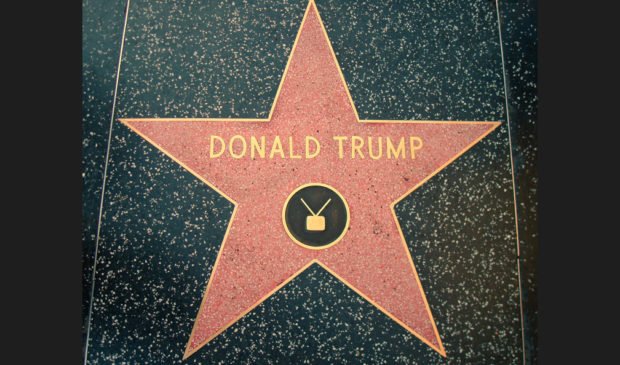