It’s been over a year and the left is still reeling over their loss and whining, complaining and doing everything in their power to overturn the election.

Now a former staffer for Barack Obama’s campaign blew up Twitter this week when she told everyone, “Facebook was surprised we were able to suck out the whole social graph, but they didn’t stop us once they realize that was what we were doing.”

They came to office in the days following election recruiting & were very candid that they allowed us to do things they wouldn’t have allowed someone else to do because they were on our side.

She went on to say Facebook flat out told them they would have NEVER allowed that to happen under normal circumstances, but since they wanted Obama to win, they were going to let it slide. The social graph, for those of you that are not aware, is the tech term for your network of friends on a given social platform.

In simpler terms, Facebook allowed the Obama campaign to root through your account and use interactions you had with your friends to try to persuade Americans to vote for Obama. The campaign would analyze a person’s network to see who was and was not likely vote.

The campaign would then target these individuals with an email campaign discussing issues that were hot topics to try to motivate Obama supporters to get their friends more involved.

In one instance, the former staffer showed an email sent out specifically to target a friend of someone that was apparently not politically motivated.

The false accusations against the Trump campaign are a complete distraction from the more fundamental concern that Facebook user data can be marketed for political or commercial purposes without the user’s knowledge or consent.  Social media and interactive Internet technology have opened up unprecedented opportunities for global communications and e-commerce. However, surveillance concerns are raised when social media platforms such as Facebook manipulate and market vast repositories of user data collected on their sites without the users even knowing about it, much less giving their consent. Sophisticated apps capable of tracking users from one website to another, profiling their searches and interactions, and marketing the results without the users’ knowledge or consent raise similar surveillance concerns. There is no privacy to speak of for users of the Internet. This is the real lesson of the Cambridge Analytica-Facebook episode.

A special counsel was appointed to investigate Trump for collusion with Russia but after 15 months, Mueller has come up with zero. Mind you, he has wasted millions of American tax dollars in the process.

The reason he has come up with nothing is because there was no Russian collusion with Trump.  He won fair and square and the left can’t take it. This was all made up by Obama and Hillary to have a fake frame-up for Trump not to win and protect Hillary thus Russian collusion even though they and especially Hillary were the real Russian collusion. Hillary with her selling uranium to Russia for 145 million dollars to her foundation and Bill doubling his speaking fee over in Russia to $500,000 for a half hour and she buying and paying for a fake dossier on Trump for $12 million, but Trump is the bad guy and involved with Russia to win the election. If Hillary won we would never have known about all this corruption at the highest levels like the FBI and CIA and Hilary and her e-mails.

You can’t make this stuff up. If you were to read this in a fictional spy novel you would be amazed and say ‘that can’t happen’, but it does.

What really needs to happen, though, is a special investigation into Barack Obama and the 2012 election. Maybe we’ll find out next month when the  Inspector  General’s report comes out. 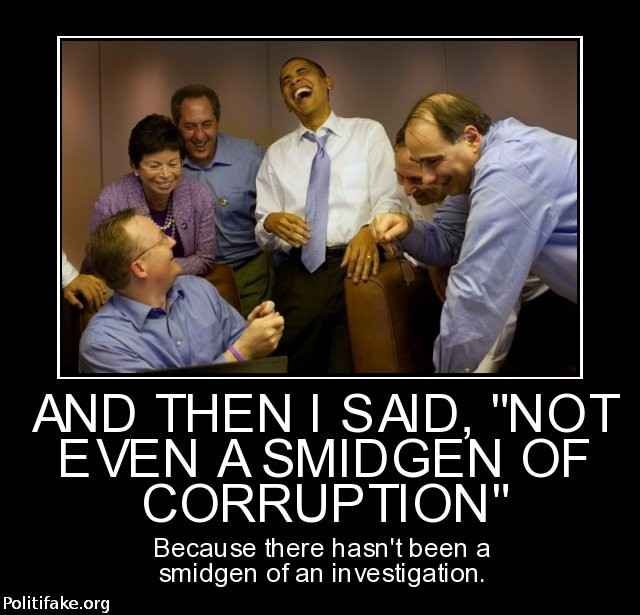 Support Conservative Daily News with a small donation via Paypal or credit card that will go towards supporting the news and commentary you've come to appreciate.
Tags
social media bias