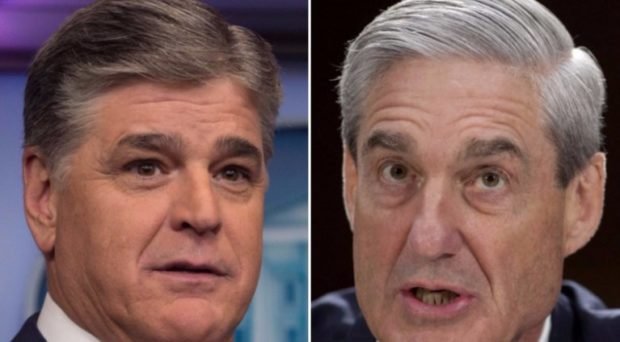 While the rest of the Destroy Trump media is salivating and frothing at the mouth over Robert Mueller and his fake Russian/Trump collusion that is going nowhere and grasping at straws while wasting taxpayers’ money, Sean Hannity and Sarah Carter of Circa news have been doing some deep digging themselves into Robert Mueller and found out that Mueller has a lot to answer for himself.

We can see how he works if we look at how Mueller ran his second-most important investigation as FBI Director. In September of 2001, an entity began mailing anthrax through the US Postal system, hitting such prominent targets as NBC and Senator Daschle’s office. The terrorist attacks killed five and left others hospitalized. The world panicked.

Under Mueller’s management, the FBI launched an investigation lasting ten years. They now brag about spending “hundreds of thousands of investigator hours on this case.” Let’s take a closer look at Mueller’s response to understand the context of the investigation — who his people investigated, targeted, and found guilty.

The investigators hypothesized that the attacker was a lonely American who had wanted to kill people with anthrax for some undefined time period, but then became “mission-oriented” following 9/11 and immediately prepared and mailed the deadly spores while pretending to be a Muslim.

Mueller’s FBI honed in on Steven Hatfill as the culprit — a “flag-waving” American, who had served in the Army, then dedicated himself to protecting America from bioterrorist threats by working in the United States Army Medical Research Institute of Infectious Diseases.

There was no direct link from Hatfill to the attacks, by the FBI’s own admission, and the bureau never charged Hatfill. The FBI did, however, spy on, follow, and harass him non-stop for years. The Department of Justice also publicly outed Hatfill as the possible terrorist.

While Hatfill’s dignity and life was being trampled on by America’s secret police, Mueller took a stand. But on a different topic.  He made front-page news for threatening President Bush he would resign over NSA policy.   All while his own team was trampling on the rights of an American in the FBI’s largest-ever investigation.

The investigation was an unmitigated disaster for America.  Mueller targeted an American citizen without showing a direct link. He was guilty of doing this with other Americans as well. For his deeds, he had the second longest tenure as FBI Director ever, and was roundly applauded by nearly everyone (except Republican Rep. Louie Gohmert).

On his show recently Sean Hannity said it’s vital the country find out what Mueller knew and when he knew it and believes the media and Congress are propping him up as a hero to support a political agenda.

“When did [Robert Mueller] know about all of this-this? These are questions I’m sure you have not heard from your friends in the liberal media. Some members of Congress, the media, they’re praising Mueller. The pillar of honesty. The pillar of virtue,” Hannity said. “They’ve never investigated him. They’re actually just lying. It’s their talking point. All the information we’re telling you about is right there, right in front of the liberal mainstream media in their faces. They purposely ignore it because their destroy Trump agenda — that goes above all else.”

“Robert Mueller has an agenda. He’s carrying out a witch hunt. This is par for the course,” Hannity concluded.

Fox News host Sean Hannity devoted time on his Tuesday show to examining the past of special counsel Robert Mueller and his findings were intriguing.

Hannity referred to a report from Fox News’ Sarah Carter citing Mueller’s career as a prosecutor in the 1980s. When Mueller was serving as assistant U.S. attorney, four men were wrongfully convicted and imprisoned for a crime they did not commit and the special counsel was in charge of the case when it happened.

“Robert Mueller’s career has been anything but impeccable,” Hannity said. “One of the worst stains on his record comes from his time Boston, where he served as assistant U.S. attorney and acting U.S. attorney in the ’80s. During this time notorious Boston mob boss Whitey Bulger, he was actively engaged by the FBI as an informant. The relationship between Bulger and the bureau was wrought with nothing but corruption and criminal collusion.”

“Bulger’s FBI handler, guy by the name of John Connolly covered up for many of the horrific crimes that were committed by Bulger and his associates, including one instance where four men were wrongfully framed and convicted and imprisoned for decades — all for a murder it turns out they did not commit,” Hannity continued. “The men were ultimately exonerated. A judge awarded $101 million in damages, but not before two of the men actually died in prison. Robert Mueller was the U.S. attorney in charge while these men were rotting in prison while certain agents in the FBI under Mueller covered up the truth.”

On Monday morning, Sean Hannity made an appearance on Fox and Friends, and had some interesting opinions to share with the morning crew.

Hannity argued that the President had every reason to be frustrated with the intelligence community, the Justice Department, the Deep State, the Washington swamp, and most of all about James Comey’s comments about his former assistant Andrew McCabe.

“He has every right, in my mind, to be frustrated, but I would argue we’re getting to the end of the process and there’s not going to be any firing of Mueller,” Hannity said. Moreover, Hannity said that he believes the recently fired McCabe will eventually face criminal charges for his corrupt dealings while working for the FBI. Finally, Hannity took the mainstream media to task for inventing the “fake news” surrounding the possibility that Trump could fire special counsel Robert Mueller. “The president didn’t say he was going to fire” Mueller, Hannity reasoned with the folks on Fox. “This is all — this is the fake news media doing what they do best.”

Sadly, Hannity is right. The mainstream media has become the primary purveyors of fake news in the post-2016 election world, and their fake news works hand-in-hand with the dubious undertakings happening in the Deep State.

I only have a few simple questions for Mueller regarding Russian Collusion….

Why has he not Subpoenaed Hillary who funded the Dossier and paid foreign spies including Russians?

Why has he not Subpoenaed Comey – McCabe & Rosenstein who signed the “Fraudulent” FISA Applications and renewals?

Why has he not indicted all of those named above for defrauding the FISA & Lying to the FBI as he has Flynn?

Why has he not Subpoenaed & indicted Strzok & Page for conspiracy to influence the FISC Judge?

Why is he going after Manafort for Lobbying violations in 2014, BUT NOT investigating ACTUAL Russian 2016 Election tampering evidence.

The real reason he is not going after any of these people is that they are all buddies and into this together.

Hillary was allowed to run for POTUS despite the fact that she was under FBI investigation for her e-mail scandal and the sloppy way she handled sensitive documents. She got away with it. Now she’s on her never-ending blame tour. And why was Lois Lerner allowed to take the Fifth and retire with full benefits for her misconduct and villainy? Because they know that they can get away with prison time. These folks need to be prosecuted like any other criminal.

Now Comey is getting ready for his tell-all book tour arranging appearances on Stephen Colbert, George Stephanopoulos, Jimmy Kimmel and other liberal hosts. I bet they all ask him softball questions and none will ask him why he chose to exonerate Hillary before she was even interviewed. Sean Hannity has offered him to do three hours with him on his radio show and an hour on his TV show, but I’m willing to bet he won’t go on there.

Meanwhile, America waits for the investigation to end! 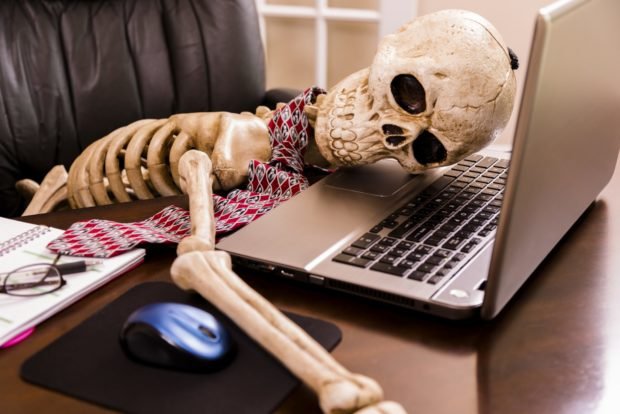