President Donald Trump met with the FBI Director Christopher Wray, Principal Associate Deputy Attorney General Jesse Panuccio, and members of the White House Counsels Office to discuss the Democrat memo on the FISA surveillance scandal and hours after that meeting the president decided he would not declassify the information in the memo.

According to White House Principal Deputy Press Secretary Raj Shah, the president consulted the Director of National Intelligence and the Justice Department to “assess the declassification request and provide him recommendations.”

House Intelligence Committee Ranking Democrat Adam Schiff jumped on Twitter to voice his opinion before the president had made the decision to hold the memo back.

Have you seen the new GOP hashtag? It's quite a doozy:

A letter denying the declassification request, with a classified attachment, was transmitted back to the House Intelligence Committee just before 8 p.m. EST.

The Democrats sent a very political and long response memo which they knew, because of sources and methods (and more), would have to be heavily redacted, whereupon they would blame the White House for lack of transparency. Told them to re-do and send back in proper form!

“Although the President is inclined to declassify the February 5th Memorandum, because the Memorandum contains numerous properly classified and especially sensitive passages, he is unable to do so at this time,” White House Counsel Donald McGahn said in a letter to House Intelligence Chairman Devin Nunes. “The President has directed that Justice Department personnel be available to give technical assistance to the Committee, should the Committee wish to revise the February 5th Memorandum to mitigate the risks identified by the [Justice] Department.”

It was expected that the memo crafted by Democrats would contain unreleasable information in an attempt to trap the president into appearing to favor Republicans. While Trump followed the same process with the Feb. 2 GOP memo as he did with the Feb. 5 Democrat memo, the press will likely see bias where only national security concerns exist. 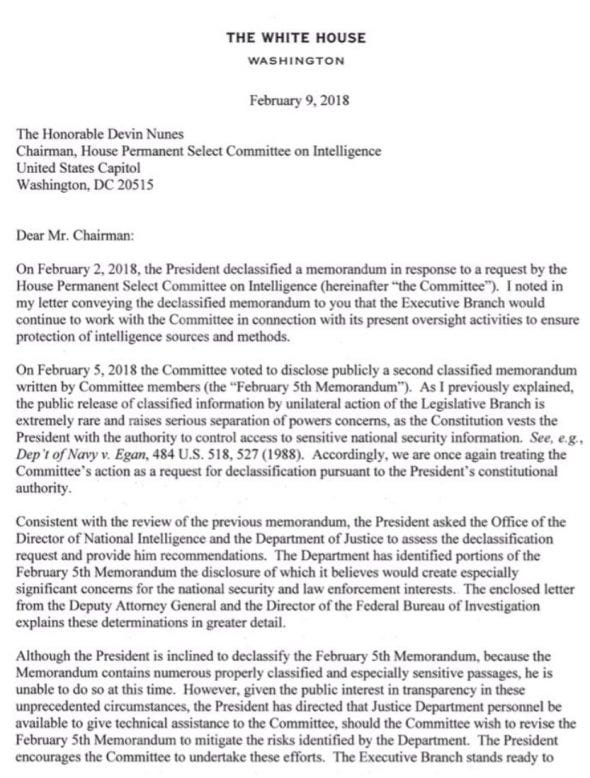 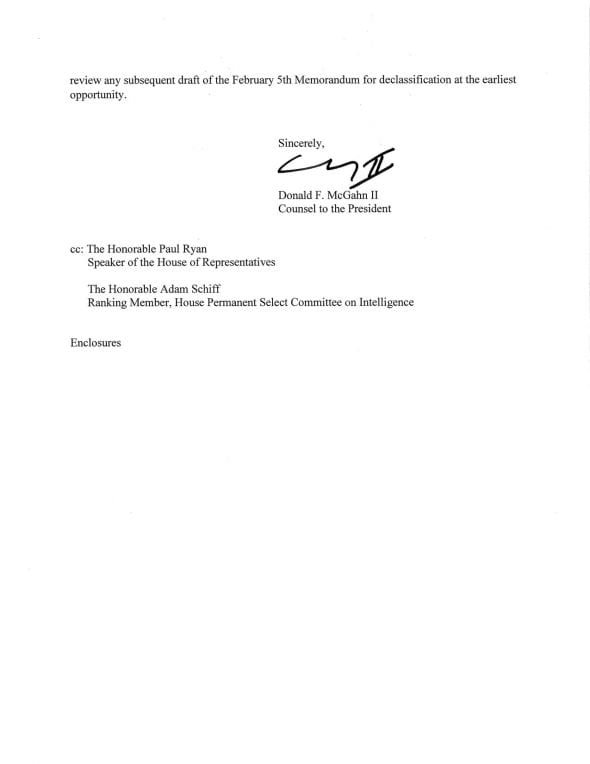 Support Conservative Daily News with a small donation via Paypal or credit card that will go towards supporting the news and commentary you've come to appreciate.
Tags
Politics The FISA Memo

Here Are All The Companies Fleeing Crime-Infested Chicago